Good morning. Why has the U.S. economy fared so much better under Democratic presidents than Republicans? 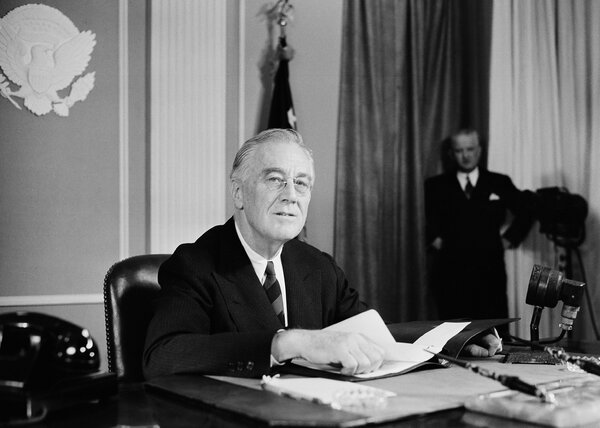 Has the economy fared better under Democratic presidents or Republican presidents over the past century? The sensible answer might seem to be: It’s probably been similar.

Presidents, after all, have only limited control over the economy. They don’t have much influence over the millions of decisions every day, made by consumers and business executives, that shape economic growth, jobs, incomes and stock prices. Over the course of a century, it seems logical that the economy would have performed similarly under Democrats and Republicans.

The economy has fared far better under Democrats. The gap, as one academic paper puts it, is “startlingly large.” Here are the headline numbers:

And here is a ranking of presidents by average annual G.D.P. growth:

The gap exists not only for G.D.P. and jobs but also for incomes, productivity and stock prices. The gap also exists if you assume that a president’s policies affect the economy with a lag and don’t start his economic clock until months after he takes office. Virtually any reasonable look at the data shows a big Democratic advantage.

My colleague Yaryna Serkez and I have just published a piece documenting the pattern and the potential reasons. A few possibilities are easy to reject. It’s not about congressional control, nor is it about Democrats running up larger budget deficits. (Republican presidents have run up larger deficits in recent decades.)

Coincidence surely plays some role — but it’s highly unlikely to account for the entire gap, given its size, breadth and duration. Yaryna’s and my piece explores some of the most plausible explanations:

Republican presidents have been slow to respond to recessions and other crises — Donald Trump and both George Bushes being examples. (Herbert Hoover was too, and the partisan gap would be even bigger if the data went back far enough to include him.)

Recent Democratic presidents have been more pragmatic, willing to listen to the evidence about when the economy would benefit from deficit reduction and when it needs government support for education, infrastructure, scientific research and more.

Republican presidents over the past 40 years have pursued one economic policy above all other — tax cuts, skewed heavily toward the affluent — and there is little evidence that they do much for economic growth.

Our piece has more details and charts, as well as comments from both conservative and liberal economists. Find it all here.

The number of new cases in the U.S. continued to decline yesterday, to a daily average of 146,000 over the past seven days. That’s down nearly 45 percent from the peak, on Jan. 8.

Residents of wealthier, largely white neighborhoods have snagged vaccine appointments at rates far above their population share in New York, Washington and other major cities.

On “The Ezra Klein Show,” the sociologist Zeynep Tufekci explained why many people underestimate the power of the virus vaccines.

Jim Justice, the Republican governor of West Virginia, called for a “big” coronavirus stimulus bill to “get people taken care of.” His stance could give the state’s moderate Democratic senator, Joe Manchin, cover to support an ambitious package.

The Biden administration will free up billions of dollars to help Puerto Rico recover from Hurricane Maria in 2017 and guard against future storms.

“Loony lies and conspiracy theories are cancer for the Republican Party and our country,” Senator Mitch McConnell, the minority leader, said, referring to false theories that Representative Marjorie Taylor Greene of Georgia has embraced.

This map lets you look up the presidential election results for most neighborhoods.

Myanmar’s military has taken back control of the government in a coup, detaining elected officials, interrupting internet service and suspending flights. The country was under military rule from the 1960s until 2011.

Daw Aung San Suu Kyi, the top civilian leader, had shared power with the military since taking office in 2015, but that agreement withered in recent years.

It reached a breaking point after a landslide election victory for her party in November, which may have led military officials to worry they would be pushed further out of the government.

Residents quickly took down flags of Aung San Suu Kyi’s party and started speaking to one another in code.

“The muscle memory of how to cope with a military dictatorship lives in everyone who survived the bad old days,” Hannah Beech, The Times’s Southeast Asia bureau chief, told us.

A winter storm is heading north, after dumping at least 16 inches of snow on New York City. (For the giant pandas at the National Zoo, it was fun.)

In a video talking about the Capitol riot, Representative Alexandria Ocasio-Cortez said she was a sexual assault survivor. “When we go through trauma, trauma compounds on each other,” she said.

The actor Evan Rachel Wood accused the rock star Marilyn Manson of abuse. Several other women have made similar accusations against Manson.

The singer Tony Bennett learned he had Alzheimer’s disease in 2016, his wife said.

A Morning Read: “How do I tell my kids that they could possibly have 300 siblings?” The case of a Dutch serial sperm donor.

From Opinion: GM’s decision to stop making gas-powered vehicles by 2035 will put pressure on other automakers and force oil companies to diversify their businesses, Jody Freeman, a law professor, writes.

Lives Lived: Jamie Tarses had an eye for TV hits (“Friends,” “Mad About You”). At 32, she became the president of entertainment at ABC, the first woman to become a network’s top programmer. Tarses died at 56.

Dustin Diamond played Screech Powers, a sweet-natured, geeky underdog, on the NBC high school sitcom “Saved by the Bell” from 1989 to 1992. Diamond died at 44.

Hal Holbrook carved out an acting career in television and film but achieved his widest acclaim onstage, playing Mark Twain in a one-man show for decades. Holbrook died at 95.

The big business of music rights

What do Bob Dylan, Stevie Nicks, Shakira, the DJ Calvin Harris and RZA of the Wu-Tang Clan have in common? They have all recently sold all or part of the rights to their music catalog for large payouts. For these music publishing deals, “there’s never been a period as active as the past few months,” as Lucas Shaw and Thomas Seal write in Bloomberg Businessweek.

Why are artists opting to cash out? For one, the pandemic has prevented them from touring, which makes up a significant chunk of their income. But the musicians are also taking advantage of a bull market.

It’s largely because of the popularity of streaming services like Spotify, and projections that music revenue will continue to rise, Ben Sisario, who covers the music industry for The Times, told us. More buyers are also pouring into the market, driving up prices. A decade ago, a publishing catalog typically sold for roughly 10 times its annual earnings. Over the past few years, the multiple has grown to between 14 and 22, depending on the songs included.

Publishing rights of popular songs are alluring because they can provide a dependable flow of income. In the case of Dylan, Universal Music is now paid any time his songs are sold, streamed, covered by another musician, or used in ads and movies.

For more, we recommend this episode of “Popcast” with Ben, which explains the fascinating history of song licensing and royalties.

Serve this chicken puttanesca over rice, orzo or egg noodles, with bread.

Walk on fire in a small village in northern Greece.

What to Listen to

Since their debut, Foo Fighters have gone from Nirvana offshoot to rock institution. The Times caught up with the Foos ahead of their new album.

The pangrams from yesterday’s Spelling Bee were alloying, annoyingly and lollygagging. Today’s puzzle is above — or you can play online.

Here’s today’s Mini Crossword, and a clue: B, in chemistry (five letters).

P.S. Groundhog Day, the annual Punxsutawney tradition, will take place virtually today because of the pandemic. This 1910 story from The Times explained why you shouldn’t trust the rodent: “He Has Gone Back on Us for Three Years.”

Today’s episode of “The Daily” is about Biden’s climate agenda. On the latest “Popcast,” the first genuine pop phenomenon of 2021.