When I was last in China, in 2019, I met an entrepreneur named Gao Jifan, who told me a story that I’ve been reflecting on during President Biden’s climate summit this week.

Back in the 1990s, Gao received a letter from an old friend who was living in the United States. The letter included a photo clipped from a newspaper, showing President Bill Clinton as he announced a plan to outfit one million homes with solar power.

“It was like a light bulb,” Gao recalled, as we were sitting in his office in Changzhou, about 100 miles northwest of Shanghai. Clinton’s initiative caused Gao — a chemist by training — to think that he should start a company to meet the coming demand for solar equipment. That company, Trina Solar, has since made Gao a billionaire.

For the inspiration, Gao is grateful to the U.S. But he is also befuddled by the American approach to climate change.

“There is really conflicting policy,” he said. He rattled off the names of recent presidents — Clinton, Bush, Obama, Trump — and moved his hand back and forth, to describe the sharp policy changes from one to the next. Those changes, he added, had hurt the solar industry and other clean-energy efforts: If the U.S. took a more consistent approach, the global struggle to slow climate change would be easier.

Many Americans have come to believe a different story — namely, that U.S. climate policy hardly matters compared with the actions of China, India and other countries that account for a growing share of emissions. As some congressional Republicans have been asking this week, why should the U.S. act to slow climate change unless other countries do so first?

But that view is not consistent with history, either the recent history of climate diplomacy or the broader history of American influence.

“There aren’t many other areas of policy where we say, ‘Why don’t we let everyone else lead, and we’ll follow?’” as Nathaniel Keohane of the Environmental Defense Fund says. The U.S., for all its problems, remains the world’s most powerful country. When it wants to influence the policies of other countries, it can often do so, especially when those countries see it as being in their own interests to change.

Climate is just such an issue. Leaders of many other countries understand that climate change and extreme weather can cause problems for them. The leaders also see clean energy as a growing industry and want their companies to be leaders. 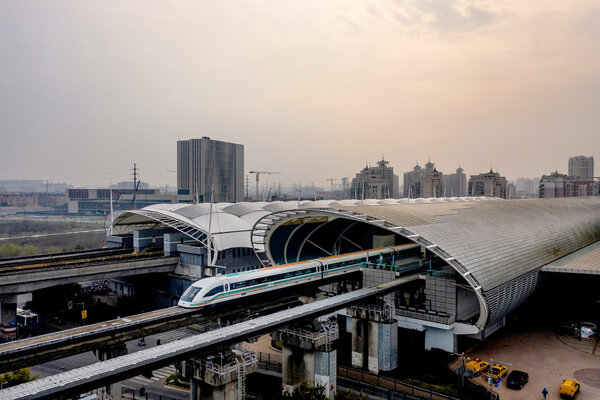 The U.S. can’t simply dictate terms. Both China and India, for example, will remain more reliant on coal than Biden administration officials wish. But the U.S. can often have an effect. Relative to many other issues, in fact, climate diplomacy is sometimes easier: President Xi Jinping has largely rejected U.S. entreaties on Hong Kong, Xinjiang and the South China Sea, but he has been willing to deal on climate change.

President Barack Obama and Xi came to multiple agreements that involved both countries moving to reduce emissions. They started small, with the relatively narrow topic of refrigerants, and expanded from there. As my colleague Brad Plumer says, “There’s a reasonable argument the Obama administration’s and China’s joint agreement on climate change in 2014 helped set the table for the Paris climate agreement.”

Crucial to these efforts was a U.S. willingness to act at home: It’s much easier to agree to take economic risks when your main global competitor is doing the same. And the U.S. still leads the world in per-person emissions, about 75 percent above China, according to recent numbers.

The Trump administration slowed global efforts on climate change by dismissing it as a threat and allowing more pollution at home. A Chinese official last week mocked the U.S. for “the lost four years.” The Biden administration is now trying to reverse course, with an emissions-reduction goal that’s larger than many advocates expected.

The cynical view — that the U.S. can only follow, not lead, on climate policy — has it backward. As Gao told me, one of the biggest obstacles to progress on climate change has been the lack of consistent American leadership.

More on the climate:

Biden, addressing world leaders at the start of the summit, said the planet was at “a moment of peril, but also a moment of extraordinary possibilities.”

How a working-class girl from the Boston area became Biden’s senior climate adviser: a profile of Gina McCarthy.

And here’s an illustrated guide to climate change for children, by Julia Rosen and Yuliya Parshina-Kottas.

U.S. officials are leaning toward resuming use of the Johnson & Johnson vaccine after finding few new cases of rare blood clots.

The Pfizer and Moderna shots appear to work against the variants found in New York, Britain and South Africa.

Women in the U.S. are getting vaccinated at a higher rate than men.

Covid patients who weren’t hospitalized had an increased risk of death months later, a study found.

Virus resources: Track cases in every state, with these maps.

Biden wants to raise taxes on the rich and on capital gains to expand child care and education.

Republican senators outlined an infrastructure plan about one-quarter the size of Biden’s. It’s a starting point for negotiations.

The House voted along party lines to grant statehood to Washington, D.C., a Democratic priority that faces obstacles in the Senate.

The shooting of Ma’Khia Bryant, 16, this week was the fourth police killing in Columbus, Ohio, in four months.

Democratic candidates for New York City mayor have called for reforming the N.Y.P.D. Here are their plans.

Russia ordered some of its troops back from the border with Ukraine, easing fears that a war could be looming in Europe.

A man who detonated a pipe bomb in a subway tunnel near Times Square in 2017 was sentenced to life in prison.

SpaceX launched four astronauts to the International Space Station this morning. (This is what they’ll eat in orbit.)

Threats and secret meetings: How did a European soccer superleague fall apart?

Modern Love: Her mind could rationalize polyamory, but her heart rebelled.

Lives Lived: Gregory Edward Jacobs, known as Shock G, was the frontman of Digital Underground, a hip-hop group that had a string of hits in the early 1990s and introduced its audience to Tupac Shakur. Shock G died at 57.

After an awards season of largely virtual events, the Academy Awards are returning this Sunday, with a red carpet and an in-person ceremony. Here’s what to watch for:

More diversity. This year’s Oscar nominations are the most diverse ever, with 70 women nominated across 23 categories, and nearly half of the acting nominations going to people of color.

A historic Best Director? Chloé Zhao — the front-runner, who directed “Nomadland” — would be the first woman of color to win, as well as the second woman ever. (The first was Kathryn Bigelow for “The Hurt Locker” in 2010.)

A posthumous honor? Chadwick Boseman, who died last year, is up for Best Actor for “Ma Rainey’s Black Bottom.” In a prediction roundup, The Times’s Kyle Buchanan writes: “It’s hard to imagine voters won’t seize their only opportunity to give one to Boseman for a flashy role that showcased the late actor’s immense range.”

Watch some of the nominated films using this streaming guide. And test your knowledge of Oscars trivia or fill out a 2021 ballot.

These spicy won tons come close to what you’d find at Cantonese restaurants.

The British singer Marianne Faithfull has had several brushes with death in her 74 years. She opened up about her life and her coming album.

This month’s streaming gems include “Skate Kitchen,” a coming-of-age story about female skateboarders, and the thriller “The Wailing.”

Take this week’s News Quiz — with new graphics! — and compete with other Times readers.

The pangram from yesterday’s Spelling Bee was potbelly. Here is today’s puzzle — or you can play online.

Thanks for spending part of your morning with The Times. See you Monday. — David

P.S. The first U.S. ship passed through the Suez Canal 64 years ago tomorrow. The passage of the 9,000-ton vessel, named the President Jackson, “created no stir,” The Times reported.

Today’s episode of “The Daily” is about the Super League. On “The Ezra Klein Show,” Noam Chomsky discusses his worldview.