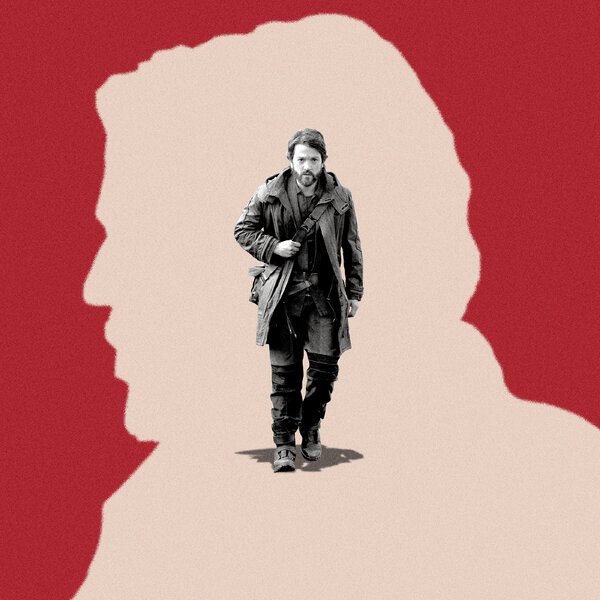 Of the five Disney-produced Star Wars movies, the closest to a genuine fan favorite is 2016’s “Rogue One: A Star Wars Story,” directed by Gareth Edwards, with a screenplay by Chris Weitz and Tony Gilroy. Part of a now-aborted attempt to create a kind of Marvel-style cinematic universe — with different franchises and story lines occurring within the larger framework of Star Wars — “Rogue One” told the story of the successful Rebel effort to obtain the plans for the first Death Star, the consequences of which we see in the original “Star Wars” film from 1977. It is a prequel, then, but it is interesting sort of prequel, with few immediate connections to the subsequent story.

There is Darth Vader, and Princess Leia (in bizarre C.G.I. form) and the Force, too, but they are largely subordinate to the stories of more ordinary soldiers and spies fighting for a cause. Fans of the film cite this as the reason for their enthusiasm. “Rogue One” purports to deal with how ordinary people become rebels; how they deal with the ambiguity and moral conflict of fighting in a war; how those who bear the brunt of the fighting are those who get little of the credit for the success of the mission.

“Rogue One” has some truly evocative imagery — including one sequence that seems directly inspired by the American occupation of Iraq — and a spectacular final act, among the best action set pieces in all of Star Wars. But the film fails at its stated thematic task. There was some turbulence behind the scenes — Gilroy was brought in to do extensive reshoots and rework aspects of the film, giving him a co-writing credit — and it shows in the final product. The putative protagonist, a reluctant rebel named Jyn Erso, is dramatically inert for most of the film — she doesn’t really do much as a character. Key scenes feel truncated and incomplete. The movie moves from location to location in an almost haphazard way, giving the impression of a film that was Frankensteined together in postproduction, saved by a herculean job in the edit bay.

We don’t actually get a sense of the interior lives of any of the characters, who, we know as an audience, are on the way to their doom. There’s no real attempt to deal with the psychology of rebellion. The movie is exciting, but I don’t think it quite works.

Which is why it was interesting to learn in 2020 that Disney would release a prequel series for “Rogue One” titled “Andor,” created and executive-produced by Tony Gilroy. This would deal with one of the supporting characters in the film, a spy named Cassian Andor, who works in the shadows for the Rebellion, doing dirty work for the sake of freedom. The first trailers were as evocative as some of the best parts of “Rogue One,” but I was skeptical. Could Disney pull off a series that did justice to the premise of a Star Wars story with real political and moral stakes?

The answer is yes.

“Andor” is easily one of the best Star Wars projects to come to the screen since the conclusion of the original trilogy in 1983. And it is one of the few modern Star Wars projects in any medium to capture what makes the setting so exciting. It does this in several ways throughout its relatively short run time (12 episodes of roughly 45 minutes each).

First, Gilroy and his team put character at the forefront of the story. We are given sustained looks into the interior lives of each of the major players and many of the minor ones as well. We know what drives them, we know what they want, we know what makes them tick. Part of this comes from excellent writing (more on this later), which is enhanced by excellent performances from a great cast, including Diego Luna as the protagonist, Stellan Skarsgard as a mysterious Rebel strategist and financier, Genevieve O’Reilly as a secret Rebel supporter in the Imperial government and Denise Gough as an ambitious Imperial intelligence officer.

Second, while “Andor” is billed as a show about the Rebellion, it is just as much, if not more, a show about the Empire. It is most interested, I think, in how the Empire works — in the bureaucracy of domination. Key moments take place within the Imperial intelligence agency, in scenes reminiscent of a John le Carré novel or adaptation (it helps that many of the actors are British, with the Received Pronunciation that we expect from Imperial officers in Star Wars). We see how paperwork in an office translates to brutality for ordinary people on the ground; how Imperial control is administered, and how dissent is repressed. We see why someone would join the Empire, find fulfillment in the Empire, seek to advance Imperial goals. It is a show that uses the idea of the “banality of evil” in exactly the way it was meant.

One unexpected consequence of taking this approach — and of moving narratively between the perspectives of Imperial officers and those of ordinary people — is that we get a real sense of Imperial menace. Of the fear you might feel if you encountered a TIE fighter or worse, a Star Destroyer.

Third, “Andor” gives us settings that we have not quite seen in Star Wars, all tied to the idea that we are looking at ordinary people living and struggling in oppressive circumstances. We spend time in brothels; with nomads in a Plains-like wilderness; in the dark crevices of an Imperial city-planet; in a working-class trading town; and in a prison, with men forced into slave labor. (These episodes give us a glimpse at the political economy of the Empire, which is its own separate discussion.)

Finally, “Andor” wants us to sit with the pain one must endure to want to rebel against the political order, as well as understand some of the suffering and uncertainty it takes to sustain the struggle. Two of my favorite scenes in the series deal with these exact things. The first involves an older woman, at the end of her life, who comes to embrace rebellion, and the second involves a Rebel leader telling a wavering ally of the sacrifices he has made to forge himself into a weapon for the cause. (I said I would mention the writing. That scene, in particular, has one of the best soliloquies I’ve heard in some time.)

In short, “Andor” does what “Rogue One” couldn’t, for reasons of execution and concept. It is a little too much to say that this is a truly “adult” Star Wars work — the actual political content is not that sophisticated — but it is one that takes its world as seriously as possible, with a real interest in the lives of real people. Considering the source, a risk-averse and creatively-stagnant multinational conglomerate, “Andor” is the closest thing you can imagine to a triumph.

My Tuesday column was on the political fallout (or lack thereof) among Republicans from Donald Trump’s pre-Thanksgiving dinner with Kanye West and Nick Fuentes, a white supremacist.

Trump is once again running for the Republican presidential nomination. Once again, though this time as the former president of the United States, he has the automatic support of a large part of the Republican Party base, as well as a large faction of Republican politicians, from state lawmakers to top members of the House of Representatives. And once again he has forced members of his party to make a choice about his rhetoric and behavior: Will they condemn his actions and cast him out or will they criticize his choices but allow him the privilege of leadership within the party?

My Friday column looked at what is real, and what is fake, about the Republican war on “woke capitalism”:

I wrote last year about this notion of “woke capitalism” and the degree to which I think this “conflict” is little more than a performance meant to sell an illusion of serious disagreement between owners of capital and the Republican Party. As I wrote then, “The entire Republican Party is united in support of an anti-labor politics that puts ordinary workers at the mercy of capital.” Republicans don’t have a problem with corporate speech or corporate prerogatives as a matter of principle; they have a problem with them as a matter of narrow partisan politics.

Sarah Jones on the MasterClass series of instructional videos for Dissent magazine.

My podcast co-host John Ganz on the conservative politics of the 1990s for The Nation magazine.

An interview with the historian Beverly Gage on her new book on J. Edgar Hoover for Jacobin magazine.

Graham Gallagher on the alienating weirdness of “populist” conservatives for The New Republic.

Feedback If you’re enjoying what you’re reading, please consider recommending it to your friends. They can sign up here. If you want to share your thoughts on an item in this week’s newsletter or on the newsletter in general, please email me at [email protected] You can follow me on Twitter (@jbouie), Instagram and TikTok.

Photo of the Week

One of the many makeshift memorials to the University of Virginia students who were killed in Charlottesville last month.

Since we’re just on the heels of a week of heavy eating, I figured I would share a recipe that was a little on the lighter side. I would add some unseasoned rice vinegar and mirin to the soy mixture. And I would press the moisture out of the tofu. Otherwise, I would prepare the recipe as written. Serve with steamed rice and some good kimchi. Recipe comes from The New York Times Cooking section.

2 tablespoons neutral oil, such as safflower or canola

In a 12-inch nonstick skillet over medium heat, combine soy sauce, garlic, ginger, scallions, oil, sugar, pepper and ¼ cup water; mix well. Add tofu and mushrooms, season with salt and bring to a simmer. Reduce heat to medium-low and cook, carefully turning tofu and stirring occasionally, until sauce thickens into a glaze and coats the mixture, about 15 minutes.

Transfer the tofu and mushrooms to a serving bowl or platter and garnish with thinly sliced scallions. Serve with rice and kimchi, if using.