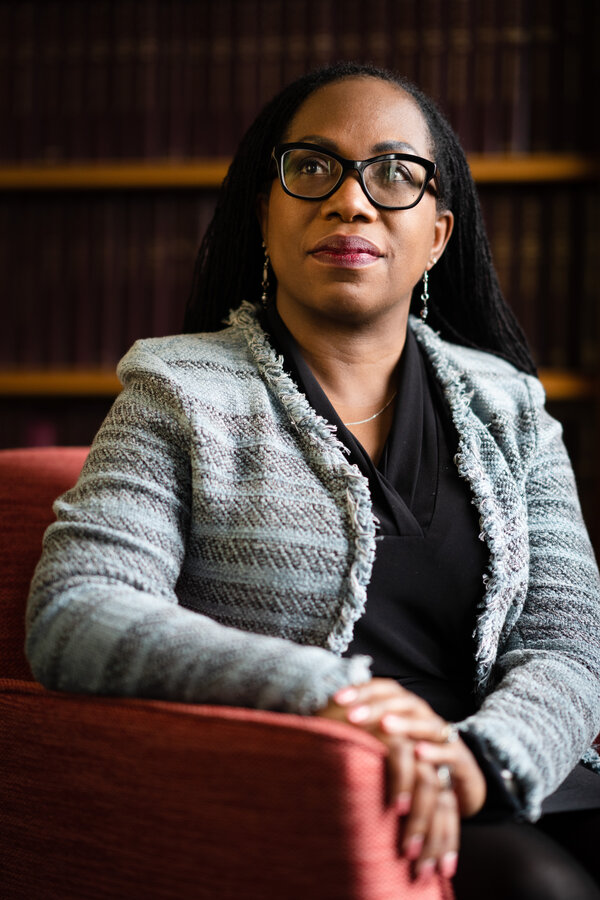 Ms. Murray is a professor of law at New York University.

Much has been made in recent days of the racial and gender diversity that President Biden’s choice of Judge Ketanji Brown Jackson would add to Supreme Court. But there has been surprisingly little discussion of the fact that she would join Justice Amy Coney Barrett as the court’s second working mother.

Two years ago, when Justice Barrett was nominated, her status as a working mother was invoked by her Republican supporters as additional evidence of her fitness for the court. At her confirmation hearings, she was praised as “a walking example of how young children and demanding work can coexist.”

The logic was clear. Despite her staunch conservatism and the unseemly speed with which she was nominated and confirmed, her ability to successfully combine work and family made her a worthy successor to the feminist icon Ruth Bader Ginsburg, whose death in September of 2020 created the vacancy she was confirmed to fill. Judge Barrett’s “supermom” narrative was cemented in the public discourse, eclipsing the circumstances of her nomination, when Senator John Kennedy, Republican of Louisiana, winkingly asked “who does the laundry” for the sprawling Barrett brood.

Will Judge Jackson’s status as a working mother be similarly deployed as the confirmation process takes shape? While Democrats have touted her sterling qualifications and the historic nature of her nomination as the first Black woman to the court, few have leaned into her identity as a mother, as the Republicans did with Justice Barrett.

Perhaps the difference is a question of scale. Justice Barrett’s “sizable American family,” as former Vice President Mike Pence put it, of seven children made her status as a working mother especially notable. (Judge Jackson has two daughters, ages 21 and 17.) Or perhaps it is a question of party politics. Democrats may be less inclined to flag a nominee’s family status as evidence of professional accomplishment or acumen.

Or maybe it is that there is nothing especially novel or unexpected about the fact of a Black working mother — even one as accomplished as Judge Jackson. After all, for over two centuries, Black women in America have combined motherhood with work outside of the home. Among mothers, Black women have the highest rate of labor force participation, according to the Labor Department.

Indeed, the notion of Black working mothers is so fixed that departures from this norm may seem unorthodox — even heretical. Remember the media firestorm that Michelle Obama ignited in 2008 when she announced that she would be relinquishing paid employment to assume full-time duties as the first lady and “mom in chief”?

It’s still early in the process, of course. A confirmation hearing is still two weeks away, set to begin March 21, though Judge Jackson has begun visiting members of the Senate Judiciary Committee. Perhaps Democrats are still plotting their strategy.

Whatever the reason, discussion of Judge Jackson’s bona fides as a working mother have been notably absent among Democrats, who have instead been focusing on the consequential nature of her nomination. But critically, those qualities have also made her a target of the right. Already, Republican leaders have sniped about Mr. Biden’s pledge to nominate a Black woman, ignoring — or, in the case of Tucker Carlson — challenging her superlative credentials and record of public service. It will surely get worse as the confirmation process begins in earnest.