Mr. Roman is the founder and executive director of Dawning, a multimedia investigative reporting organization. Ms. Kelly is a lead evaluation officer at the World Bank. Mr. Andrews is the assistant director and chief curator at Dawning, where Mr. Parisse is the director of photography.

In the last decade, millions of Africans in the Sahel, a region of semiarid land that stretches for thousands of miles below the Sahara, have been displaced by violence and food and economic insecurity. Climate change is partly to blame — droughts and floods are growing longer and more frequent. But surging population growth, deforestation and overgrazing have also contributed to denuding much of the land. 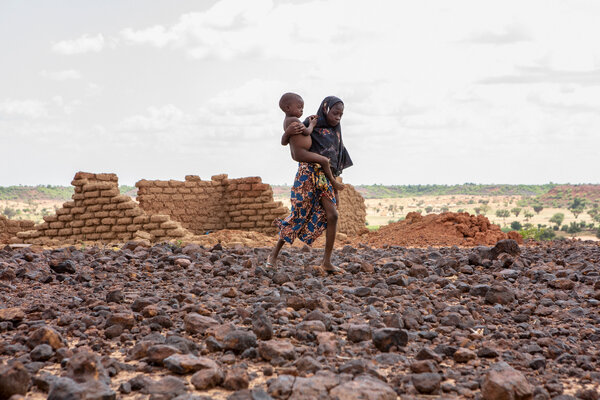 In the mid-2000s, African leaders envisioned creating a huge swath of green that could help combat desertification and land degradation. The project, called the Great Green Wall, began in 2007 with the aim of planting a nine-mile-wide belt of trees and shrubs that would extend from the coast of Senegal on the Atlantic to Djibouti on the Horn of Africa. These newly forested areas could create seasonal jobs, help farmers feed their families and offer a way to fight climate change by capturing carbon dioxide in plants.

The World Bank and the Global Environment Facility, in partnership with 12 African nations, have poured over $1 billion into this endeavor, and the initiative’s scope has grown to include efforts to fight poverty, reduce inequality and build climate-resilient infrastructure. In ecological terms, the program has been a huge success. As of 2020, nearly 400,000 hectares (990,000 acres) of land has been restored to arability in Niger alone, according to the U.N. Convention to Combat Desertification.

After years of planting trees and experimenting with methods to capture water, farmers in Niger have begun to see results — soil health has improved, and crops are growing again. In 2019, we visited the country to see how the program’s ambition translated in a country where most people depend on the land for their livelihood.

“Nine years ago, the land was a disaster,” said Nomao Alkali, a farmer in Fada, a village about 130 miles southeast of Niamey, the capital of Niger. “If you put seeds in the ground, you would have almost nothing, the soil was so poor.”

Mr. Alkali hoped the program could help transform his father’s acres of red rock desert to fertile land. Indeed, in addition to acacia trees, the property now supports millet, peanuts, beans and sesame crops. But it’s worth noting that too often land restoration efforts mainly benefit men like Mr. Alkali, who have access to large tracts and can take a gamble on a program that may seem mystifying or threatening to others.

In a society where land often lies in the hands of elders, young men must wait their turn to profit from tree-planting efforts. Given population growth, there may not be much left to go around. When faced with this reality, many young men, like Bahari Salisu in Nigeria, decide to leave.