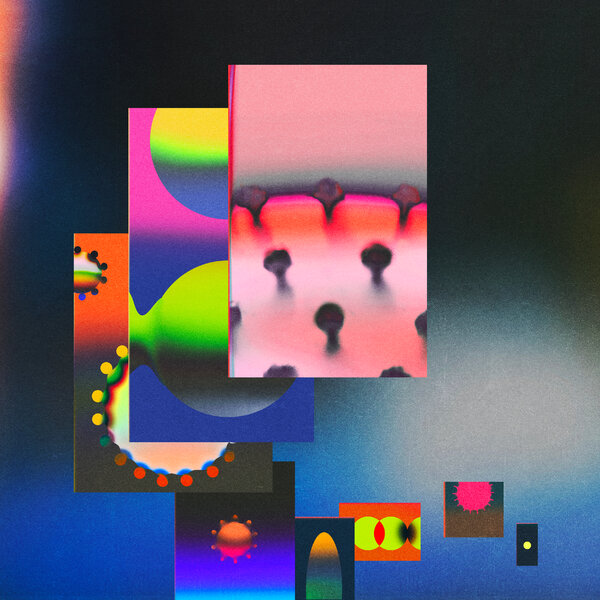 It may surprise you to learn, given the mood of the country — and indeed the world — about the pandemic that probably half of all Covid infections have happened this calendar year — and it’s only July. By December, the figure could be 80 percent or more. The gap between cases and severe outcomes is bigger than it has ever been, with the fraction of infections one-tenth that of the pandemic’s early stages. But simply in terms of infection, this year towers over each of the previous two.

Between the discovery of the Delta variant and its takeover of America more than six months passed; with each of the new Omicron variants, we’ve barely had six weeks. Many of the once-authoritative guides to the pandemic, perhaps acknowledging their declining authority among the public, have withdrawn a bit. The Centers for Disease Control and Prevention changed the standards of its local-guidance maps, raising the threshold for concern much higher, though with the rapid spread of the BA.5 variant, most of the country is now meeting it anyway. Mitigation policies, which had been mostly calibrated to local and national spread for two years, have disappeared as a pandemic signpost too.

In late April and early May, when nearly as many New Yorkers got sick as had during the initial Omicron surge that peaked in January — perhaps 1.5 million in the spring surge, compared with 1.8 million in the earlier wave, according to a pair of CUNY preprints using the same methodology — hardly anyone noticed. Hospitalizations ticked up, followed by deaths, but not nearly as rapidly or as worryingly as just a few months before. The same has happened, more recently, in San Francisco, where according to wastewater data there were recently more Covid infections than there were at the peak of the initial Omicron wave in January.

Nationally, the BA.5 wave does not appear to have crested yet, but so far deaths, while rising, are doing so relatively slowly. Pull far enough back in looking at the graphs and it’s hard to even see the increase. Hospitalizations have doubled roughly since May but are still only a quarter as high as they were at the peak of the initial Omicron wave and well below any of the pandemic’s previous peaks. I.C.U. admissions have barely budged.

How can you characterize this dynamic, or make sense of it? Wave after wave of infection passing through, but almost in the background; hospitalizations and deaths bumping up and down, but mostly within a relatively narrow range, and much lower, relative to caseloads, than we remember even from the first Omicron wave, let alone Delta before that and the waves of 2020 still earlier.

One word for it is “endemic,” says Trevor Bedford, a computational virologist at the Fred Hutchinson Cancer Center in Seattle and among the most careful and dependable soothsayers of the past two years.

Bedford is reluctant to dwell on semantic debates about what constitutes a “pandemic phase” rather than an “endemic phase” for Covid-19, for instance. But if we insist that the country is still in a pandemic phase, he says, we’re not going to be able to downshift from that anytime soon, since conditions aren’t likely to look very different for years — and the country’s accumulating immunological protection, if imperfect, is still a categorical break from those earlier phases in which we first calibrated our fears. “If we’re saying that we’re still in a pandemic right now, it’s still going to be a pandemic in year seven — we’ll still be in a pandemic then,” Bedford says. “So I think it’s better to acknowledge that we’re at 98 percent of the population having immunity of some form — certainly over 95 percent. There’s not much more that could change in that regard.”

There are technical reasons other epidemiologists would dispute the term “endemic.” With respiratory diseases, it can refer to diseases where the average sick person infects fewer than one new person, and each of this year’s variants are more infectious than that. And while many use “endemic” to imply viral stability, there remains the possibility of a “surprise” in viral evolution, of course; no one I spoke to for this article was comfortable ruling it out.

But in a vernacular sense, the term fits: A large majority of the country has gotten infected with the coronavirus, probably most of us with a strain of Omicron, and 67 percent of us are vaccinated as well (though only 32 percent boosted). And for all the variant-after-variant turbulence of the past few months, from another perspective, the Covid experience in America has been for months in something like a steady state.

It is natural to look at those charts and feel some relief, appreciating how much immune protection the country has accumulated over time, particularly against severe disease and hospitalization. But the footprint of that steady state is also disconcertingly heavy. More than 300 Americans have been dying nearly every day for months; the number is today above 400, and growing.

Right now, Bedford says, around 5 percent of the country is getting infected with the coronavirus each month and he expects that pattern to largely continue. What would that imply death-wise, I ask? As a ballpark estimate, he says, going forward we can expect that every year, around 50 percent of Americans will be infected and more than 100,000 will die.

This year has been considerably worse than that, largely because it includes the initial arrival of Omicron — which, though often described as “mild,” killed more than 100,000 Americans in the first six weeks of the year. And so although the country’s current trajectory is following an annualized pace of 100,000 deaths, more than 200,000 Americans have died already this year, which implies over 250,000 deaths by the end of 2022.

Michael Mina, an epidemiologist who left Harvard to become the chief scientist at the online medical portal eMed in 2021 after spending most of the pandemic as the country’s leading rapid-testing evangelist, believes it could get worse. With a combination of seasonality and waning immunity among older people, he said, there’s potential for a fall wave of perhaps 1,000 a day. That would bring the number of American deaths, this year, to potentially 300,000 or more.