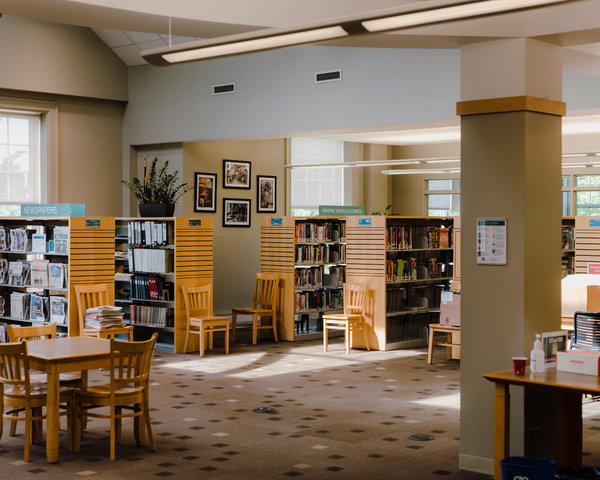 In “Infrastructure Isn’t Really About Roads. It’s About the Society We Want” (Opinion guest essay, nytimes.com, April 26), Eric Klinenberg argues that strong public infrastructure — places where communities can gather, learn from one another and grow after over a year of isolation — is the key to our resurgence and renewal, just as it was during the New Deal.

We strongly agree, and cite public libraries as the ultimate example: trusted, welcoming community and civic spaces offering education and opportunity for all. These beloved neighborhood institutions and their free and irreplaceable services, classes and programs will be central to our recovery.

We ask the Biden administration to support the Build America’s Libraries Act, which calls for federal investment in libraries across the United States. Public libraries, the most democratic of institutions, have $26 billion in capital need nationwide; New York City libraries alone have $1.1 billion.

We must ensure that libraries are in good condition and equipped with the technology, flexible space and modern amenities needed to serve today’s patrons.

As we look to move into our next chapter, robust funding will be critical if libraries are to remain strong anchors of our communities.

Re “Volatile and Vengeful: The Rudin Approach to Show Business” (front page, April 25):

There are probably others in Hollywood and on Broadway who share some of the producer Scott Rudin’s abusive tactics, perhaps not as egregiously so.

You document bullying behavior seemingly tolerated for decades. Underlings were too intimidated or fearful to call out Mr. Rudin publicly. The ultimate arbiter of justice in such cases should be the consumer of performing arts.

If I had known that Mr. Rudin was such a villain, I would not have attended a single show or movie he produced. Let’s identify other “bad actors” and boycott their works. We should hold arts executives accountable.

Letters to this newspaper, as well as numerous commentaries elsewhere, have persuasively lauded the achievements of Joe Biden, Anthony Fauci and Nancy Pelosi on challenges ranging from public health to poverty. But another of their contributions to our culture deserves far more attention than it generally receives.

President Biden is 78, Dr. Fauci, 80, and Speaker Pelosi, 81. They demolish widespread generalizations dismissing older members of our culture as ineffectual, even doddering denizens of rocking chairs, and demonstrate the need to include ageism among the stereotypes we combat in the name of inclusivity.

I’m a rabbi and a millennial who designs fashion accessories and keeps up with clothing trends. So I was surprised to read about the passing of skinny jeans, which have been around for most of my adult life. Discovering that they are no longer “cool” is like saying goodbye to a part of me (and to my millennial coolness).

While Ecclesiastes says “for everything there is a season,” I wish that the season of skinny jeans could have lasted a little longer. If I’d known that my favorite trousers would be going out of style, at least I could have worn them instead of my pandemic leggings for the past year!

So farewell, skinny jeans: I hope that you find comfort in the company of cropped wide yoga pants, cold shoulder tops and the other fashion relics that came before you.