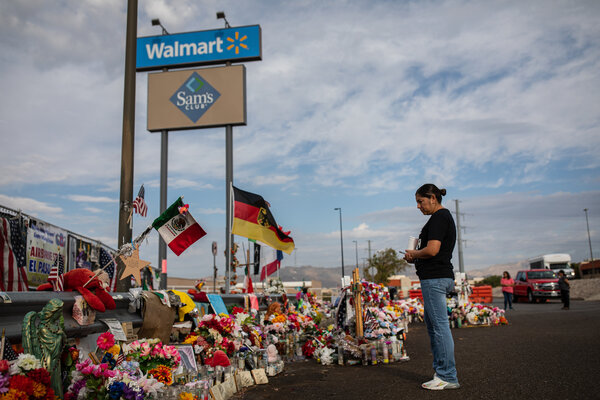 For nearly three decades, the Federal Bureau of Investigation’s reporting on hate crimes statistics has consistently provided the most comprehensive snapshot available of bias-motivated criminal activity in the United States. Still, it remains clear that the agency’s yearly statistics understate the true number of hate crimes committed in our country.

Underreporting is attributable to numerous factors, including a lack of political leadership, inadequate training and a failure by some agencies to prioritize tracking and to comprehensively identify and record hate crimes.

It is hard to fix a problem without quantifiable data. At a time of rising hate in the United States, Congress must act swiftly on the Khalid Jabara and Heather Heyer National Opposition to Hate, Assault and Threats to Equality Act of 2019 (“No Hate” Act), a bill named for two recent victims of hate crimes.

The legislation would significantly enhance the accuracy of the F.B.I. statistics by authorizing new funding and support for state and local governments to encourage more robust reporting. With the best data in hand we can work to identify and counter the sources of hate crimes and provide better assistance to victims.

Greg Ehrie
New York
The writer, vice president for law enforcement and analysis at the Anti-Defamation League, is a former special agent in charge of the Newark field office of the F.B.I.

Plea to the Media: Ignore Trump After Jan. 20

Now that the presidential election is a victory for the Democrats, my thoughts shift to how the press will handle Donald Trump, ex-president. As an exhausted citizen, I implore you not to give any oxygen to the headline-baiting roars of a wounded, irrelevant politician. There will be no polite retreat from Mr. Trump, no chance for Joe Biden to begin his presidency in peace, should the media continue to chase Mr. Trump’s every dishonest, outrageous utterance.

I hold the press somewhat accountable for its wall-to-wall coverage of this bright, shiny charlatan five years ago. Now that his presidency seems to be finished, please leave him alone after Jan. 20. This is his very worst fear.