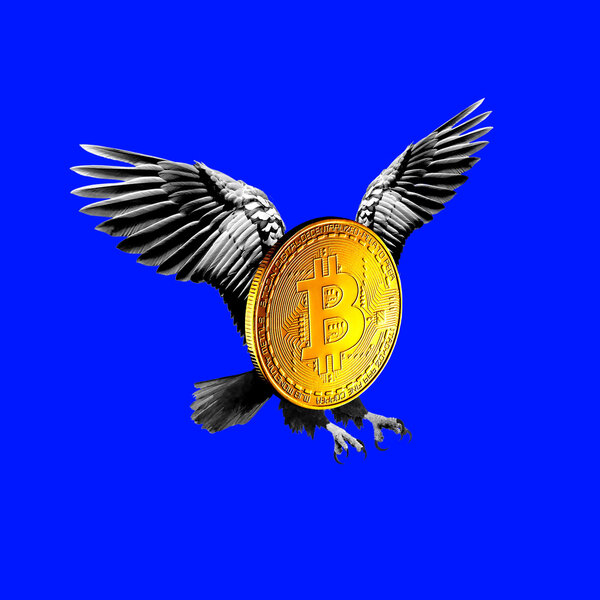 Mr. Poulos is the executive editor of The American Mind and writes frequently about the way technology shapes society.

Through its recent legal threat against Coinbase’s new interest-bearing cryptocurrency account program, the Securities and Exchange Commission has created a stir in both finance and tech — two worlds that have always been intertwined, but because of the implications of digital technology itself, now face each other in a deepening rivalry. Industry watchers now expect the Biden administration to go on regulatory offense against cryptocurrency.

What is at stake is far more serious than the mainstreaming of cryptocurrency. Facilitated by technology, financial companies’ expansion into our private lives threatens to herd Americans into a de facto social credit system that punishes them for making choices — and even voicing opinions — that the people at the controls don’t like.

At a breakneck pace, consumer finance is becoming irreversibly embedded in digital technology. A new McKinsey survey shows over three-fourths of Americans use some type of digital payment platform. By next year, according to Statista, around two-thirds of Americans are expected to use digital banking. Increasingly, one participates in the economy at the pleasure of those running its infrastructure, giving those in charge of that infrastructure tremendous power to shape and punish behavior. They are taking advantage.

In recent months, we’ve seen payment processors, web hosts and other corporations brazenly take coordinated action in lock-step with government priorities to financially freeze out disfavored businesses online. The elimination of a sitting president from social media, whatever its perceived merit or rationale, opened the door to a regime where those who can cancel and suspend accounts do so at whim and in unison. This logic has led directly from one payment platform, Stripe, zapping away Donald Trump to a much bigger one, PayPal, blacklisting customers to purify its user base.

Feeding the beast makes it stronger: The more power these organizations wield, the more arbitrary and punitive their ethical or ideological standards become. As PayPal’s founding COO David Sacks has warned, the orchestration of interlocking federal, financial and technological power to punish its critics and perceived opponents circumvents our core constitutional protections: A person who finds his financial and social media accounts shuttered after being identified as a subversive by the government will have no legal recourse.

Thanks to its huge resources, spanning Silicon Valley and federal government, the regime has deep knowledge of your activity online. Think, say and do what it wants, and you are allowed to function. Deviate, and you are shut down. This is the un-American logic of the social credit system being imposed on us.

Without a fundamentally new and better way to generate, circulate, save and exchange wealth, Americans will be increasingly powerless to prevent their financial system from being used to transform their country into a technological cage.

Bitcoin and similar cryptocurrencies can free ordinary Americans from the financial and psychological discipline and punishment at the core of this system of control. But this gift will disappear if policymakers and legislators, beginning at the state level, don’t firmly establish regulatory and statutory impediments to the combined efforts of Washington, Wall Street and Silicon Valley to make cryptocurrency just another cog in the system they control.

States need to become broad legal sanctuaries for cryptocurrency. The use of digital technology to refound America as a soft social credit system can be stopped only by placing digital power in the hands of the people. For generations, our military and intelligence agencies have progressively organized America’s technological advancement around unaccountable and extralegal social control. Our dependence on this system for future innovation exacts an unbearable price on our freedom and our flourishing.

Antitrust action against behemoth firms like Google and Amazon is wise and just, but doesn’t return digital agency to regular citizens and enshrine it into law. The fast-emerging social credit system erases the line between private and public; Americans need Bitcoin and the like in order to take back their destinies in the digital world instead of entrusting it to more private or public sector overlords.

The critics have had a field day with cryptocurrency, and, at its worst, it earns the caricatures. But this is because, like all tools, it can be turned against its best use. For the architects of the social credit system, it’s essential that the amount of new crypto mined is sharply limited, that crypto transactions are heavily monitored and capped, and all forms of crypto are incorporated into the single regulatory and investment environment controlled by Washington, Wall Street and Silicon Valley.

Americans need just the opposite: the right to produce and buy computers powerful enough to mine Bitcoin and build data centers; the right to use and move cryptocurrency free from invasive monitoring, reporting requirements and arbitrary restrictions; and the right to freely choose to use cryptocurrency as true digital currencies among themselves. Federal laws to this effect would be ideal, but in the current hostile environment, the urgent place to begin is at the state level.

Without these laws, Americans will lack the digital power necessary to escape the coming social credit system. There’s no Plan B if lawmakers can’t protect Americans’ digital rights.

James Poulos (@jamespoulos) is executive editor of The American Mind and a fellow at the Center for the Study of Digital Life. He is the author of “The Art of Being Free” and the forthcoming “Human, Forever: The Digital Politics of Spiritual War.”