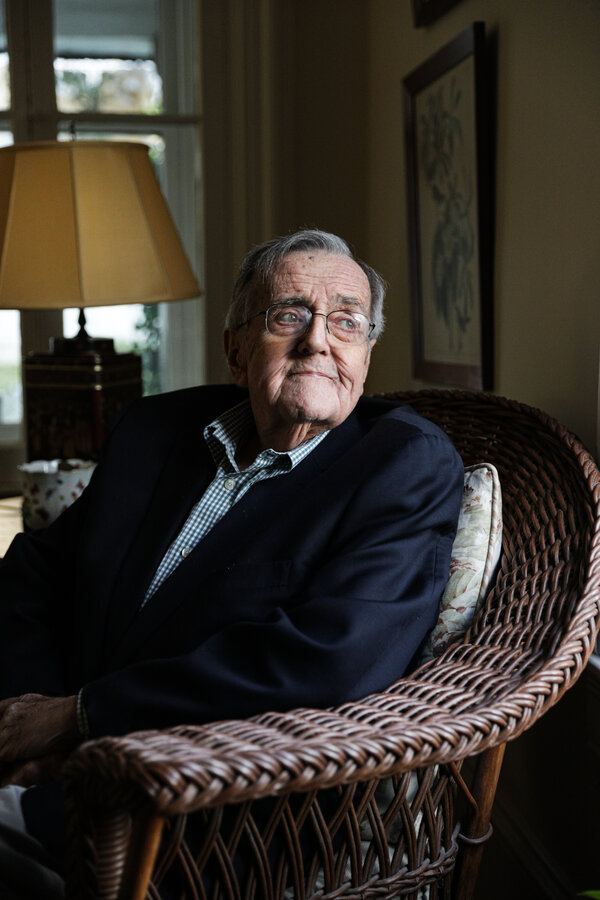 Thank you, David Brooks, for your lovely tribute to Mark Shields on the occasion of his retirement as a regular analyst on “PBS NewsHour” (“It’s a Pleasure to Really Know Mark Shields,” column, Dec. 18). Your conversations on Friday nights have been among the highlights of my week.

I’m sorry Mr. Shields is retiring, but I wish him many blessings. I am grateful to you both and to PBS for bringing us rational intelligent opinions free of toxic rhetoric.

I am a soon-to-be 60-year-old who has been watching Mark Shields and David Brooks with my now 93-year-old mother on Fridays for the last few years. I am saddened by Mr. Shields’s departure and also by the fact that I missed 15 years of them. Their even-keeled insights really do justice to the strength of moderate positions.

Mr. Brooks is eloquent, as always, in describing Mr. Shields as a person and a colleague. (But did he really have to bring up the 2004 Yankees/Red Sox series?)

I can conjure many reasons Mark Shields’s analysis of politics and government has struck a chord with me for so many years, but I think the truth lies slightly less in the substance of what Mr. Shields has said than in the way in which he’s said it.

Though he has articulated many strongly held views, he’s demonstrated that intellect and sincerity are the most effective tools of persuasion, and that histrionics is no more than transient entertainment.

While his decision to step down saddens me, his timing is perfect, perhaps even characteristically droll. He’s seen us through a time of a grave, conceivably existential threat to our democracy, and effectively underscored the vulnerabilities that made such a threat possible. That he might decide to stop, unclench a bit and smile at what he sees in the rearview mirror is how a perfect chapter should end.

Mark Steinberg
Los Angeles
The writer was an associate deputy attorney general in the Clinton administration.

Converting office space into affordable residences would not only provide relief for landlords, but also help address New York City’s family homelessness crisis. We live in a city where most people in shelters are women of color with children. My daughter and I used to be among them. It took us a year and a half to get out and into stable housing.

It’s impossible to overstate how hard it is to raise children without a home of your own — let alone support them with remote learning from a shelter. Housing stability has transformed our lives. No family should be in a shelter as long as we were. Moving New York City families out of shelters and into safe housing as soon as possible — or better yet, avoiding shelters in the first place — is essential to helping them get back on their feet and break the cycle of poverty.

New York is known as a place where if you can make it here, you can make it anywhere. Its leaders have the chance right now to make that a reality for thousands of women and children like us and show us that we matter.

My Insulin Pump Doesn’t Control Me

While I respect Mark C. Taylor’s overall opinion that we have to be very mindful of the benefits and limits of artificial intelligence, I wholeheartedly reject his example that his insulin pump controls him.

As a Type 1 diabetic for 55 years and insulin pump wearer for 20 years, I still have ultimate control over my pump, the settings and how much or little insulin I give myself.

I do not feel like a hostage to my pump. It just gives me more information for me to make the most informed decision.