As Ben Smith, the media columnist for The Times, suggested a few weeks ago, pretty much every journalist who passed through Washington, D.C., during the past half century knows President-elect Joe Biden and has a story to tell. I’d like to end this strange year, and welcome the new one and the new president, by telling mine.

I met then-Senator Biden in the mid-1980s, when he was a member of the Judiciary Committee and I was covering the occasional judicial confirmation. By 1987, he was chairman of the committee, after the Democrats retook the Senate in the 1986 midterms. That summer, President Ronald Reagan nominated Judge Robert Bork to the Supreme Court.

Given the president’s success the year before in naming Justice William Rehnquist as chief justice and a little-known judge, Antonin Scalia, to fill Rehnquist’s associate justice seat, this nomination presented a huge challenge to Judge Bork’s opponents, and a disheartening one. Leaders of the liberal groups that assembled to fight the nomination of the outspoken conservative, a judge with reactionary views on civil rights and free speech, had little confidence that the Judiciary Committee’s chairman was up to the job.

Mr. Biden, then 44 years old, was generally viewed — and by “generally,” I mean to include the capital’s newsrooms — as an amiable lightweight, a showboat in love with the sound of his own voice. How could he go one on one with a nominee regarded as the leading conservative constitutional scholar of the age? In addition, the senator was competing in a lively race for the 1988 Democratic presidential nomination, certain to have his mind on his own future rather than Judge Bork’s. 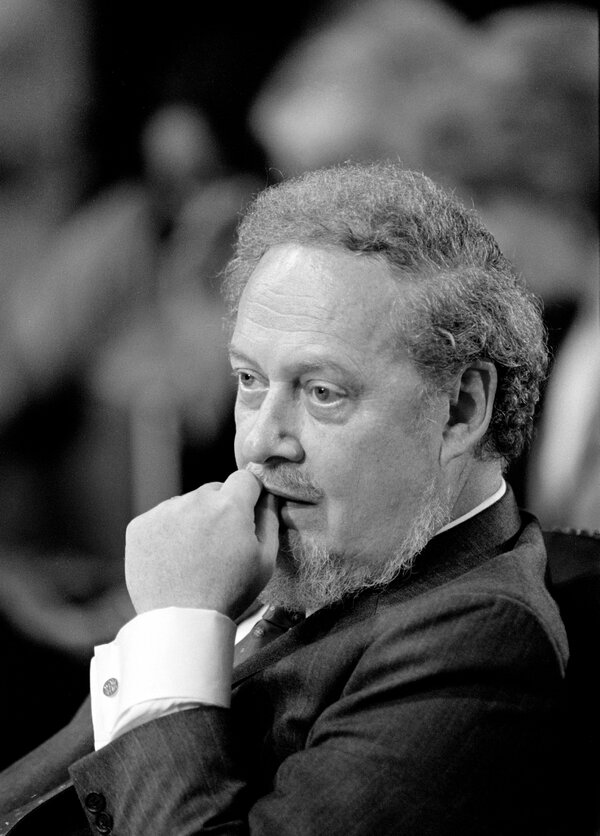 In what is now a well-known part of his biography, Mr. Biden surprised the doubters. He spent days and weeks over the summer in intense preparation for the September hearing, learning constitutional law in tutoring sessions with the country’s leading liberal law professors. In concert with some liberal groups, but against the advice of some on his staff, he decided to focus the hearings on the constitutional right to privacy.

This right is found nowhere in the Constitution’s actual text, but as developed by the Supreme Court in the mid-20th century, it had become the basis for, among other things, the right to contraception and abortion. Judge Bork was famously hostile to privacy as a constitutional concept in general, and to Roe v. Wade, the court’s 14-year-old abortion precedent, in particular.

Mr. Biden thought that if he could sell privacy to the general public as a concept under threat from a Justice Bork, he wouldn’t need to turn the hearing into a referendum on abortion. With six Republican senators joining all but two Democrats in opposition, the nomination was defeated by a vote of 42 to 58.

The contentious Supreme Court confirmation fights of the subsequent decades shouldn’t be permitted to erase the memory of the galvanizing ideological conflict that was the Bork battle. The hearing lasted three weeks. Mr. Biden presided with confidence and grace, all the more notable because during those weeks, his presidential candidacy imploded over what now seems like one of the sillier scandals of modern politics: his unattributed appropriation, at the end of a candidates’ debate at the Iowa State Fair, of a few catchy lines from a speech by a British politician. The morning he withdrew from the race, he walked into the hearing room and opened the proceedings with the comment “Look, my business is behind us. Let’s move on.”

When the hearing was over and the nominee’s defeat on the Senate floor assured, I asked Mr. Biden for an on-the-record interview. We talked for a long time. He said he knew exactly what the doubters had thought of him and that people raised three questions: “Can Biden be fair? Can Biden control himself? And is there any substance there, any depth to Biden?” He continued, “The expectations of me were so low that I could have done almost anything except punch Bork and people would have said, ‘He’s not as bad as I thought.’”

I’ve interviewed many politicians during a career in daily journalism that included covering Congress and, earlier, New York State government and politics for The Times. I’ve known officeholders who could talk endlessly about policy or hand out political gossip as if it were candy. What I hadn’t encountered was a politician like Mr. Biden, willing to let his guard down and reflect on his vulnerabilities. I was hardly the first or the last to discover this trait in our next president.

Mr. Biden told me as we ended the interview that he had telephoned Judge Bork, impelled to reach out to a fellow human being whose dream had just died — as, in a way, his own had at roughly the same time. “It’s presumptuous to say you know how somebody feels,” he told me. “I don’t know how he feels. But I empathize intellectually and emotionally. It once looked so certain for him. He was so up. I know how that feels.”

As the years passed, I saw Mr. Biden from time to time. He occasionally invited me to his Senate office to talk about a Supreme Court case that had caught his interest. By the time he ascended to the second-highest office in the country in 2009, I had left both the Supreme Court beat and Washington, and we didn’t stay in touch.

Cleaning out some old files this fall, I came upon an envelope addressed to me at the office, with a United States Senate return address and marked “personal and confidential.” Inside was a handwritten note from Mr. Biden, dated the day my article based on our interview had appeared. It read, in full, “Dear Linda, Thanks! As someone said, ‘I needed that.’ Joe.”

I had forgotten receiving it, and only after reading it over did I get the gentle self-mockery in the “as someone said,” from a onetime presidential candidate whose campaign had foundered on a ridiculous accusation of plagiarism.

I evidently never replied to the letter, so I’ll do it now. Thanks, Joe Biden. We needed you.