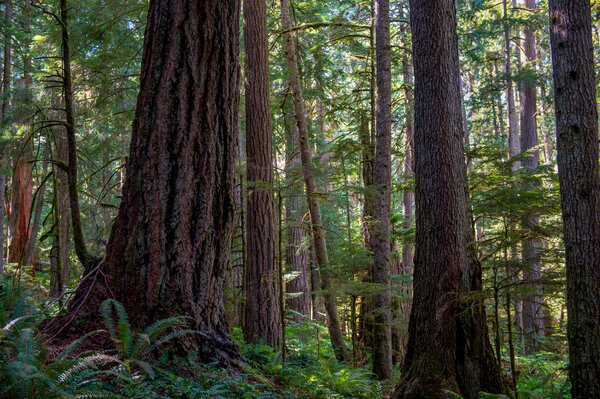 Ms. King is a singer, songwriter, author and environmental advocate.

My career as a songwriter began in Manhattan, not far from where I was born. When I moved to Los Angeles in 1968, I became part of the singer-songwriter community that coalesced around Laurel Canyon. I thought California would be wild in the sense of nature. It turned out to be wild in the sense of drugs and parties. I wanted to live close to the kind of wild nature that must exist somewhere on a large scale. Somewhere turned out to be Idaho.

In 1977 I moved to a mobile home on Robie Creek, a 40-minute drive from Boise. For the next three years I lived in the backcountry northeast of McCall in a cabin with no running water or electricity. After that I lived adjacent to the Salmon River for 38 years, with a national forest as my nearest neighbor.

The future of America’s national forests is being shaped now. The Biden administration is developing a system to inventory old-growth and mature forests on federal land that the president wants to be completed by next April. But given the immediate threats facing many of these forests and their importance to slowing climate change, bold action is required immediately to preserve not just old-growth and mature trees but entire national forest ecosystems comprising thousands of interdependent species.

President Biden should issue an executive order immediately directing his secretaries of the interior and agriculture to take all steps available to them to stop commercial logging on public land. We can’t wait a year.

One of the best technologies to store carbon is an unlogged forest with minimal human intrusion. Forests sequester vast amounts of carbon in the trunks, leaves and roots of trees of all ages and sizes and the soil beneath them. Trees absorb carbon dioxide and water from the air and ground and through the process of photosynthesis release oxygen into the air. It costs nothing to leave them as they are. Allowing commercial logging to continue in our national forests would also be a catastrophe for the biodiversity they contain.

The order I propose would bring about a significant reduction in atmospheric carbon dioxide. And it will help the United States meet the requirements of the Paris agreement, which Mr. Biden rejoined on the first day of his presidency. Even with the climate provisions of the Inflation Reduction Act, Mr. Biden will fall short of his own promise to reduce greenhouse gas emissions 50 to 52 percent below 2005 levels by 2030. Cutting more forests isn’t going to help hit that mark.

Last fall, over 200 climate scientists from around the country sent Mr. Biden a letter underscoring the consequences if timber harvesting continues in the national forests. They wrote that “greenhouse gas emissions from logging in U.S. forests are now comparable to the annual” carbon dioxide “emissions from U.S. coal burning.” Protecting federal forestlands from logging, on the other hand, would remove 84 million tons of carbon dioxide from the atmosphere every year, they wrote.

My experience in Idaho led me to become involved as a volunteer in the ongoing effort to protect a bioregion of 23 million acres of nationally owned public land in Idaho, Montana, Washington, Oregon and Wyoming by means of the proposed Northern Rockies Ecosystem Protection Act.

That legislation would designate corridors for the safe passage of wildlife between existing wilderness and roadless areas on federal forestland. It was proposed by scientists in the late 1980s who understood that protecting and connecting large-scale forest ecosystems was necessary for species to thrive. Despite the legislation receiving some bipartisan support in past years, it has not been enacted in the nearly 30 years since it was introduced.

Forest preservation is a climate solution. That’s why we need action to safeguard the forests on the public lands we all share. Federal law requires that most public lands be managed for multiple use — from recreation to gas and oil development, mining and logging. But this longstanding policy is running headlong into efforts to slow the warming of our planet.

Forests on federally owned land are being destroyed at breakneck speed by heavy equipment that can saw through a tree, strip its branches and set that tree on a pile of logs in the time it took me to type this sentence.

The effects of the climate crisis are undeniable. People are suffering, and the scale of the problem sometimes makes us feel helpless. But the public can do something right now by asking President Biden — in numbers too big to ignore — to use all of his powers to stop the logging of the nation’s mature and old-growth forests.

In 1970, my collaborator Toni Stern wrote the lyrics to my most popular song, “It’s Too Late.” That title should not refer to the climate. That’s why, at age 80, I’m using my voice to call on President Biden to stop commercial logging in our national forests. Please add your voice to mine.

Carole King is a singer, songwriter, author and environmental advocate.