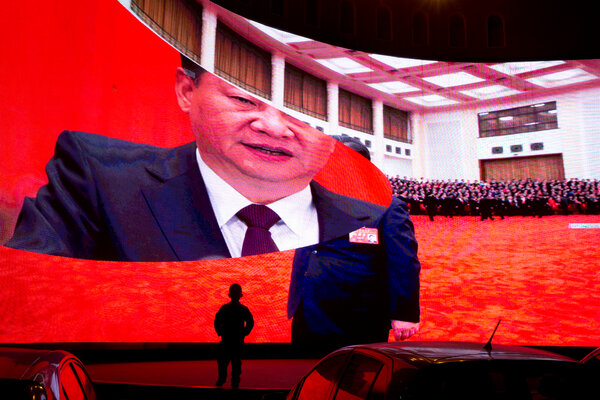 Fu Ying, a former vice foreign minister of China, suggests the need for an equal and candid conversation. She is right. Both sides should be honest about what is going on.

The Chinese Communist Party is committing a genocide. The United States is the world’s best and loudest advocate for human rights, and our founding principles have shaped the world’s understanding of liberty and democracy.

Communist China is trying to expand borders beyond its territorial control in a quest for world dominance. The United States will stand against those who encroach on others’ sovereign territory.

China regularly steals American research and technology, and tech companies like TikTok and Huawei are required by Chinese law to turn over data to the Chinese Communist Party.

Every time the party speaks, it tells one-sided stories and half-truths, and Ms. Fu’s article is no different.

We can no longer pretend that Communist China is an ally with good intentions, merely a partner with customs and a political system that we don’t fully understand. Communist China is a totalitarian regime bent on world domination, and as long as its officials refuse to tell the truth or respect human rights, they will be treated as such.

Rick Scott
Washington
The writer, a Republican, is a U.S. senator from Florida.

Here’s a follow-up question: Since we now know that virus droplets are the main cause of coronavirus transmission, and these droplets are particularly dangerous in areas with poor ventilation, why isn’t more effort being made to help schools upgrade their heating, ventilation and air-conditioning (HVAC) systems?

Earlier this year, the Government Accountability Office estimated that 41 percent of school districts need to update or replace HVAC systems in at least half their school buildings; that’s about 36,000 schools. Even before Covid, more than 14 million school days were missed every year because of asthma, a chronic condition worsened by poor indoor air quality.

It’s easier to find funding for cleaning products than for structural improvements, which is why many schools focus on disinfecting. Yet we must consider the health risks from over-cleaning and using more chemicals in poorly ventilated areas, especially in low-income communities that are already most affected by the coronavirus.

Rochelle Davis
Chicago
The writer is president and chief executive of the Healthy Schools Campaign.

Republicans, Pick Up Your Marbles and Go Home

Gillum Ferguson, a spokesman for Gov. Bill Lee of Tennessee, was quoted as saying that “if the roles were reversed, Democrats would surely mount their own legal challenges.”

Well, the roles were reversed in 2016, and rather than spew outrageous, baseless lies about the election or mount frivolous lawsuits, Democrats accepted the process and the country’s ideals, sucked up the defeat and unhappily moved on.

It is high time for Republicans to do the same.

A Sticker to Wear Proudly: ‘I Was Vaccinated’

My patriotic “I Voted” sticker, still stuck on the bedroom door, continues to reassure me that I had a small but vital part in supporting our democracy.

How cool it would be, when we begin to have public health approval to venture out in public as we used to do, to be surrounded by fellow patriots and considerate neighbors sporting similar bragging rights: “I Was Vaccinated.”

The Covid vaccinators should issue such stickers. I would feel proud to wear mine, and safer if I see others, in stores and restaurants.

I’m 79, my husband, 81. We hope to live through Covid. When the pandemic has passed, I will apply my sticker to our bedroom door: 2020 Memories!