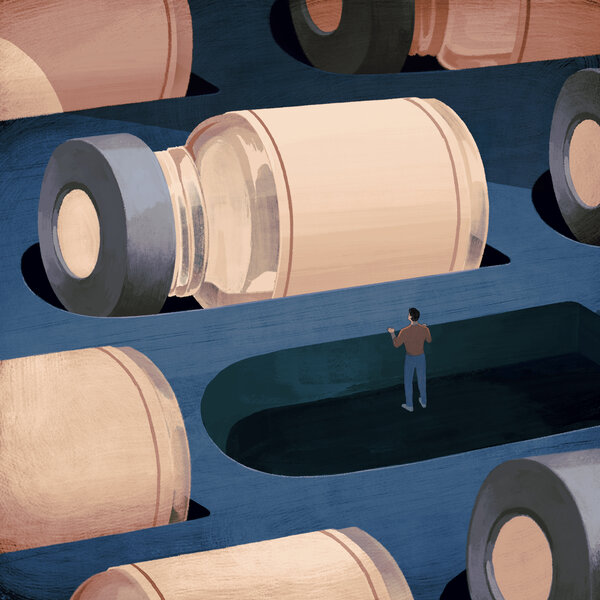 Ms. Covert is a journalist who focuses on the economy, with an emphasis on policies that affect workers and families.

El Buen Samaritano, an Episcopal outreach ministry in Texas, serves the east side of Austin, the poorer of the two sides of the city split by I-35. There are fewer services there, including many neighborhoods that don’t have a health center. The population is mainly people of color, many whose first language is Spanish. It’s the kind of population that has low Covid vaccination rates.

But El Buen has been able to prove that at least as far as Austin goes, the issue is not fear of the vaccine itself. “This is all about access,” Luis Garcia, director of technology and analytics for El Buen, told me. Its food pantry gets about 200 visits every day it’s open, many from families who return week after week. Each of those food pickups is a chance for El Buen staff members to talk to them about the vaccine, Mr. Garcia speaking in Spanish as he hands them bags of groceries and whole watermelons. The organization has also plastered social media, put out radio spots in Spanish and hung fliers in other food pantries.

Every month the organization holds a vaccination event. Other sites might ask for an ID or health insurance and usually demand an online appointment that requires internet access and often a computer, things that people in this community frequently don’t have. El Buen gives out shots on the spot, no questions asked.

Even though the event El Buen did in September didn’t start until 3 p.m., a couple of hundred people had lined up by 1:30, the cars crawling down the quiet residential street it sits on to a six-lane road a third of a mile away. One person waited in the line for an hour, and at 7 p.m. Mr. Garcia told him he’d have to come back to the next one. El Buen put 324 shots in arms that day.

About 20 percent of those who come are still getting their first shot, but El Buen is also doling out the recently released bivalent boosters that protect against Omicron variants, as well as vaccinating children 6 months and older. What El Buen is doing “shows that hesitancy is not such a thing,” Mr. Garcia said. “It shows they couldn’t get it before.”

When the first round of Covid shots became available, income disparities in vaccination rates quickly reared their heads. Instead of throwing every idea at the problem, by mid-2021 the Biden administration had started to grumble that people who hadn’t gotten the shot were “unbothered and unconvinced,” arguing, in essence, that every American was individually responsible for seeking out the shots. And yet at that time three-quarters of unvaccinated adults lived in a household earning less than $75,000, and many of them said they wanted to get vaccinated.

Now there are brand-new boosters that promise to protect people against the variants that are spreading now, as well as the original strain. They are quite likely to keep lots of people from getting infected, helping to reduce spread even as a winter surge in cases looms. They will significantly reduce the risk of severe illness and death for those who still get sick and they could potentially do the same when we face new variants in the future.

But this time around we’re doing even less to get these incredible shots to the least advantaged. “The barriers are the exact same,” Rhea Boyd, a pediatrician and public health advocate, told me. “We’ve known them the entire time.” Democrats cut Covid funding from a March spending package in response to Republican opposition, and the ongoing lack of funding means there’s little to push shots out and ensure people can get them easily and affordably.

That means dwindling numbers of vaccine sites, less outreach and certainly fewer creative solutions for raising awareness and increasing access. There is $550 million for FEMA vaccination efforts this year, compared with $8.5 billion last year. Gone are funds to create pop-up vaccination sites in communities, give people transportation to and from appointments, offer free child care or bring shots to their doors.

Instead of people being able to walk to a nearby mobile vaccine clinic, vaccination duties have been absorbed by the medical system and “all the barriers, transportation and costs, associated with that,” Dr. Boyd said. Many low-income people don’t have a primary care provider who can talk to them about the vaccines and give them shots. They may not have the insurance to visit a doctor regularly or the transportation to get there.