I’m trying to find ways to fend off the sadness of not being with extended family. 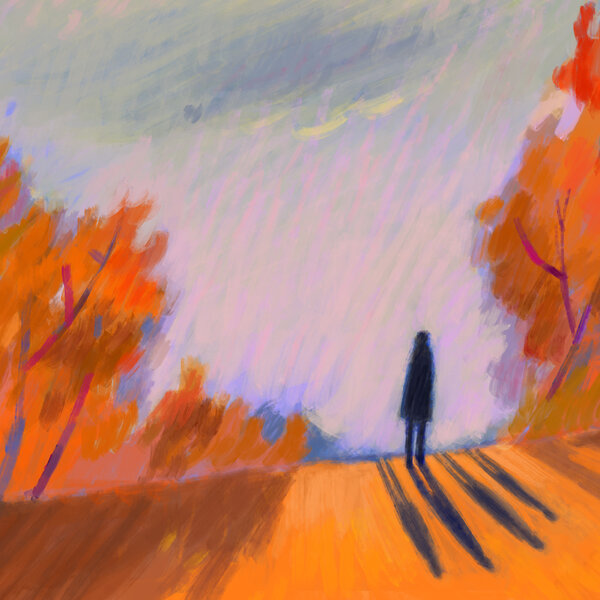 I’ll never live it down: how I walked up to Kathleen’s seat at the head of her table, muttered “worst Thanksgiving I ever had” to her, and then — so the story goes — sighed, shook my head, and stomped out of the dining room.

I was only three years old, so I can’t quite recall why that Thanksgiving compared so poorly to my handful of previous ones. But whatever the problem (something to do with tasting pumpkin pie for the first time, I suspect) I’ve been wondering if this Thanksgiving is going to give the notorious Thanksgiving of 1977 a run for its money.

My worries are shared by other members of what I call the “Berkshire gang.” In the early 1970s, when my parents first moved to Pittsfield, the largest settlement in the Berkshires region of western Massachusetts, they knew almost no one. But before too long my parents became close friends with Kathleen and her family — our neighbors across the street — as well as with two other families who lived nearby.

Together, our four families became the Berkshire gang. And for as long as I can remember, the Berkshire gang hasn’t been “like” a family to me — it has been my family. The other kids are extra siblings, while their parents are aunts and uncles. Growing up, babysitting was communal; friendships grew between us kids on sleepovers, summer camp days and vacations; and every year we gathered together for Easter, Thanksgiving and Christmas.

Much has changed, of course, over the last five decades. I left Pittsfield for brighter lights — those of Boston, then London and New York — and nearly all the other kids have left the Berkshires, too. Spouses joined the group and babies arrived. My dad died in 2005 and my mom in 2006. More recently some of my Berkshire aunts and uncles, who became even more like parents to me after the death of my own, have also passed away.

Still, every year, those of us who remain, return: to mark significant birthdays, to spread potluck picnics under the summer stars at Tanglewood and to celebrate Thanksgiving and Christmas. In a good year more than 25 of us might return to the Berkshires in late November.

And this year? Like so many families, we struggled to decide what to do. A relative of mine died from Covid-19 in May and several friends became very sick from it. Dr. Anthony S. Fauci has warned Americans of the risks of traditional Thanksgiving gatherings and data from Canada, where Thanksgiving is celebrated in October, suggest that he was right to do so.

The pandemic also seems to pose a particular holiday challenge to a family bound, here in the county of Norman Rockwell, by nontraditional ties. The Berkshire gang formed only because we were neighbors: four young families who were each new to a small city, and each far from all actual relatives. Chance alone brought us close; but then we came to live so closely that now, when I recall events from childhood, I sometimes find it hard to distinguish between our various houses. These days our family is scattered. It endures because on important occasions we — most of us, most of the time — return home.

This Thanksgiving, many of us won’t be home. And those who still live in or near the Berkshires know that a bubble as large and diverse as the one we might form would be no bubble at all. So we investigated outdoor options: steaming cups of soup; turkey sandwiches retrieved from a warm kitchen; lawn chairs around the fire pit I was looking forward to digging. Nevertheless, we worried about planning a three-generation outdoor gathering for a day with an average high temperature of 42 degrees. Snow might be sublime, but only briefly; a cold rain not even that.

Many American families are smaller than ours, or more geographically tight-knit. Many live in climates where an outdoor Thanksgiving is a reliably agreeable prospect. For us, though, as we wrestled with state regulations, the Centers for Disease Control and Prevention’s latest guidance on Thanksgiving travel and gatherings, and the meteorological vagaries of upland New England in late November, a simpler question lurked. Why not let one traditional Thanksgiving go?

As we inched, then, toward a plan — a video call for all, no matter where we are, and maybe turkey dinner drop-offs or a weather-dependent, socially distanced walk for those who are nearby — I found myself searching for a way to think about my favorite holiday with something other than sadness.

One way to do so, I’ve found, is to remember that if we’re erring, we’re doing so on the side of caution. We want to gather with the people we love but — by the logic of that same love — we should never risk it. So I try to remind myself of the basics; we want everyone to be present and healthy next Thanksgiving.

I’m also finding it helpful to recall not only the 40-odd Thanksgivings I’ve spent with the Berkshire gang, but those I’ve missed. I’m no fan of the holidays that I’ve spent thousands of miles away from home. But nor would I say that these holidays — to paraphrase my grumpy three-year-old self — were necessarily the worst.

In the years I couldn’t come home, Mom would advise me of the best time to phone, which was typically between the main course and dessert. Before I dialed, I’d double-check the time change — five hours, if I was in London, for example, on a late-autumn Thursday evening that I knew wasn’t nearly as ordinary as it appeared, though it might have been as rainy and dark as any other.

At the moment my phone-in Thanksgiving call was answered, waves of indistinct but animated voices would rush down the line. So I’d have to speak loudly: to ask whoever picked up about who sliced the turkey and whether the cranberry sauce was homemade or if it bore the telltale ridges of the can it came in. I’d get the lowdown on the (non-pumpkin) pie options and I’d check that Sue, one of my aunts, had brought her marshmallow fruit salad. It’s her mom’s recipe, from Wisconsin, and now it’s a half-century-old Berkshire tradition, too.

On these calls I always liked to imagine the curly cord of the landline stretching around the backs of chairs as the handset and I were passed from one person to the next, and I never minded when I couldn’t hear or be heard above so many voices and the occasional shrieks of children. Even from across the ocean — indeed, perhaps especially from there — the clamor reminded me what it felt like to be gathered together in a house filled with love.

So this Thanksgiving, I tell myself, will be like those on which I couldn’t come back to the Berkshires. Nothing worse than that. (Indeed, a collective video call, however chaotic, will be an enormous improvement over the days of landlines.) And if at times I’m still sad, I’ll return to the traveler’s prospect in which I’ve found comfort: Let’s say that this year it’s as if each of us has gone abroad, to a strange country. Let’s be thankful for all manner of connection, and for every kind of family. Let’s promise that next year we’ll be home.

Mark Vanhoenacker is the author of “Skyfaring.” and The Times’ multimedia essay “In Flight.”