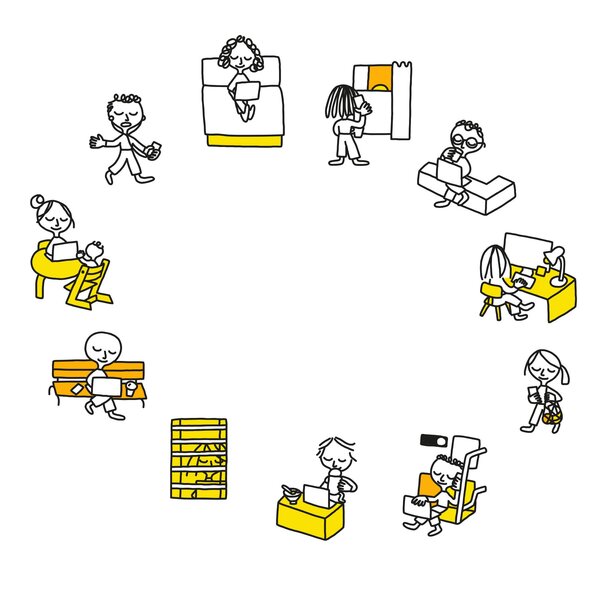 Ms. Laber-Warren leads the health and science reporting program at the Craig Newmark Graduate School of Journalism at the City University of New York.

Thirty percent of workers around the world surveyed last year said they would consider seeking a new job if their current employer required them to return to the office full time. Millennials are especially resistant. In response to the Covid pandemic, PepsiCo, Meta and General Motors, among others, have incorporated remote work into their corporate cultures.

But in a truly flexible workplace, people would control not just where they work but also when. Southwest Airlines allows pilots to choose between morning and evening flight schedules. A few tech companies, including Automattic and DuckDuckGo, have work-anytime policies that enable employees to become nomadic and travel the world or simply run weekday errands. But such opportunities remain rare.

“I think it’s really a shame that more companies don’t take advantage of it,” said Azad Abbasi-Ruby, the senior market research analyst at DuckDuckGo. He added, “We get so much done, and I think a lot of it has to do with this flexibility, letting people work when they’re most productive.”

Flextime is an employee handbook buzzword, but in practice it is not widely used. Whereas some roles are legitimately time-dependent (teachers need to be at school in the morning), many are not. If more employers truly embraced flexible schedules and allowed employees to work at the times that are best for them, experts say, the benefits would be a healthier and more productive, creative and loyal work force.

There are any number of reasons workers might want more control over when they work. People may live in one time zone and work in another; for example, financial analysts in Seattle or Los Angeles might not want to start their day at 6:30 a.m. to coincide with the opening of the New York Stock Exchange.

Or they may have a life situation, such as a disability or caregiving responsibility, that requires attention during standard work hours. Some 700,000 parents of young children left the U.S. work force in 2020, many of them because their children were suddenly schooling from home. Surveys by the Pew Research Center indicate that even before the pandemic, many mothers, in particular, felt that conflicts between work and family obligations had damaged their careers.

Our bodies also would benefit from more flexibility. Each of us has a personalized rhythm known as a chronotype — an internal timer that governs when we naturally fall asleep and when we are most alert. For more than half of adults, biological bedtime falls after midnight, which means that a typical 9-to-5 work schedule throws many of us out of sync.

Our early-bird-gets-the-worm ethic often gets applied to office workers who could do their work just as effectively on their own time. A 2014 study by Christopher Barnes of the Foster School of Business at the University of Washington found that supervisors who are early risers perceive employees who arrive later as less conscientious, regardless of job performance. Other studies show that workers are more creative and leaders more charismatic when they are not sleep deprived and when their work and biological sleep schedules coincide.

Recent pandemic upheavals could open the door for new kinds of workplace flexibility, according to Alex Soojung-Kim Pang, a technology forecaster and the author of the books “Shorter” and “Rest.” “I’ve interviewed company owners who said, ‘In February 2020, work from home was the hill I would die on. I absolutely knew my company could never do it. And my people proved me wrong in three weeks,’” he told me. “What this tells us is that there is no assumption about how we work that should not be open to challenge.”

Dr. Pang suggested that employers should think less about time spent working and more about quality. He has identified about 130 employers, including Kickstarter and the government of Iceland, that have adopted a four-day, reduced-hour week without cutting salaries or sacrificing productivity. “The most impressive, most professional person is not the one who needs 80 hours a week to finish the job,” he said. “It’s the person who can finish it in 30 hours.”