We Learned <br> What Was Possible

Across America, the past year
has seen once-unimaginable experiments in
housing, criminal justice, education and more.
They have worked out pretty well. 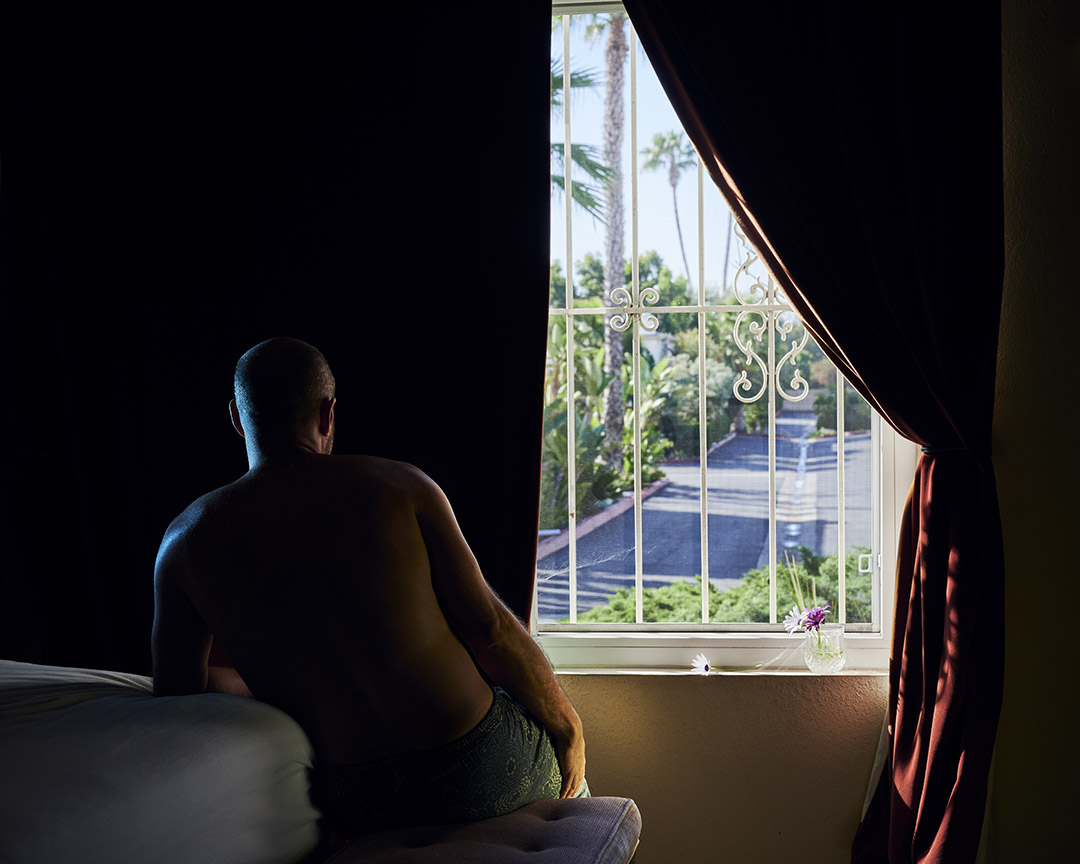 The past year has seen progressive pipe dreams become reality. But can we hold on to what we’ve learned?

Ms. Cohen is a freelance journalist who writes about politics and policy.

Last spring, as a poorly understood virus swept the planet­, something remarkable happened: Across the country, all levels of government put in place policies that just a few months earlier would have been seen by most people — not to mention most politicians — as radical and politically naïve.

Nearly 70 percent of states ordered bans on utility shut-offs, and more than half did so for evictions. Mayors authorized car-free streets to make cities safer for pedestrians, and the federal government nearly tripled the average unemployment benefit. Within weeks, states eliminated extortionist medical co-pays for prisoners and scrapped bail. New Jersey passed a bill that released more than 2,200 incarcerated people all at once.

The pandemic has been a long nightmare, but those were progressive pipe dreams turned reality. The arrival of the coronavirus, along with the wide-scale economic shutdowns to slow its spread, forced American policymakers to admit that a new world wasn’t just possible — it was necessary.

While the United States ultimately failed to deliver a coordinated response to the pandemic and millions of people are still struggling, there are important lessons here. Over the past several months, I’ve interviewed dozens of activists and policy professionals who have recounted stories of politics shifting quickly on issues they have worked on for years. Measures that were once viewed as likely to cause a spike in crime or a collapse of the housing market, or that were considered just too expensive or simply impractical have, in fact, worked out pretty well.

But many of these emergency interventions are set to disappear. The pandemic’s end now finally appears on the horizon, and millions are desperate to return to normal — to our schools and offices, our family visits and holiday celebrations. But when it comes to so many issues — from climate change to child care — a return to “normal” is aiming far too low.

The pandemic offered glimpses of what is possible. But will all this become a blip in history, or will it provide impetus for long-term change? The public has a genuine but brief window over the next few months to make America a fairer, more just and more humane place. If people recognize that, seize that and demand that, they could reshape this country for decades.

As I researched new policies deployed during the pandemic, I learned about successful innovations in telehealth spurred by social distancing, relaxed rules for addiction treatment that improved access to daily methadone and students who discovered virtual learning to be a better fit. It will take time to evaluate all of the many policy experiments, but three particular areas stuck out as where these lessons are among the clearest: housing, prison reform and internet access.

Through nationwide public health orders to stay at home to contain the virus, the pandemic forced lawmakers to strike better balances between the property rights of landlords and the safety of their tenants. While the efforts have been imperfect, with loopholes and uneven enforcement, never before has Congress thrown its weight behind protecting all residents from the threat of eviction. President Biden, too, recognizing which way the winds have blown, extended an eviction moratorium on his first day in office.

Take Maryland, for example. After years of inaction, lawmakers are now considering a sweeping housing package that includes a statewide right to counsel for low-income tenants facing eviction, a rental assistance fund and an increase to eviction filing fees for landlords. “The pandemic definitely changed the conversation,” Zafar Shah, a housing attorney at the Baltimore-based Public Justice Center, told me.

Yet for all this momentum, Mr. Shah fears that his state might fall too easily back on its old ways. Landlords are eager to collect back rent, and when lawmakers in Montgomery County, a Washington suburb, recently considered a proposal to require a “just cause” for evicting tenants, Mr. Shah said leaders “really struggled to wrap their heads around restraining rights of property owners.”

But the pandemic has also helped policymakers better grasp the value of giving homeless people their own independent living spaces. Last spring, cities across the country realized that crowded shelters could be hot zones for the virus and so quickly moved to rehouse thousands into newly vacant hotel rooms. Researchers at the University of Washington found that the shift from shelters to hotels improved feelings of stability among the homeless, boosted their health and well-being, and increased rates of transition to permanent housing.

States and cities financed these moves with emergency stimulus funding, but as that money dries up, policymakers should explore how they might purchase hotels or distressed property and turn them into long-term, supportive housing. They should look to Austin, Texas, where the City Council did just that, voting this winter to purchase two hotels for the homeless.

Diane Yentel, the president of the National Low Income Housing Coalition, says she and her colleagues see “an extraordinary opportunity” with Mr. Biden and Congress to expand tenant rights, invest in public housing and finally authorize universal housing vouchers. Just a quarter of the people eligible for federal vouchers ever get one, with thousands languishing for years on waiting lists. “Our job now is to build off this broad recognition that housing is health care,” Ms. Yentel told me.

When it comes to America’s criminal justice system, pressure to revert to the previous status quo has already begun. While many prison systems suspended their unconscionable medical co-pays during the crisis, at least three states have already reinstated them. And in states that allowed for early release of prisoners, many who requested it were not freed.

Still, there are reasons for cautious hope. More Americans are now aware of the unsafe conditions in jails and the thousands there who are dying preventable deaths. “There are more than 60,000 people age 55 and up serving life sentences in prison, because of harsh sentences we handed out like candy,” said Amy Fettig, executive director of The Sentencing Project. “It’s incumbent on us to make sure that we show that these reforms like in New Jersey are noticed, that we can do these things safely.”

Criminal justice reformers head into the future with new, pandemic-era tools. In Virginia, advocates succeeded last fall in passing a bill to facilitate the early release of prisoners that had been shot down before Covid-19. A bill Delaware legislators are now considering would be modeled on New Jersey’s successful early release law from 2020.

Bryan Kennedy, a public defender in Fairfax County, Va., said it was remarkable to watch judges release people from jail early, some of whom he had seen sentenced just two months prior. “I hope I am able to look a judge in the face when this is over,” he said, “and say, in 2020 you wouldn’t have incarcerated this guy, so why are we doing this now?”

The pandemic made us all more reliant on the internet, but uneven access to it exacerbated inequalities. Over the past year activists pressured cable companies into reducing their rates so that students could afford to participate in virtual learning; city and state governments tried to deliver hundreds of thousands of tech devices to rural and low-income households. It was slow and messy, but there was finally the will to tackle a years-old problem with real focus.

But to address this in the long term, not only so that all students can study at home but also to make remote work viable for anyone and to encourage economic development in parts of the country in desperate need of investment, the answer is straightforward. Last year the House passed Representative Jim Clyburn’s bill for universal fiber broadband, which included an $80 billion investment to build a new high-speed infrastructure. “Fiber would be cheaper, long-lasting and revolutionary,” said Ernesto Falcon, senior legislative counsel at the Electronic Frontier Foundation. If the Senate passes the companion version this year, we’ll be much closer toward ending the digital divide once and for all.

“Covid shined a light that was necessary, and the wins and gains can give us momentum to shift the tide,” said Bianca Tylek, executive director of Worth Rises, a prison reform group. But no one I spoke to believed positive change is guaranteed, and everyone warned of threats posed by diminishing political will. Sure, President Biden has pledged to “Build Back Better,” but it’s on Americans to hold him accountable to those words.

It is essential we get the word out on what has been accomplished as a result of this crisis and what our government still can do, and to remember what grass-roots activists understand deeply: Whether anything happens at all is largely up to us.

We’re still months from the end of this calamity, which has killed more than half a million Americans and severely disrupted the lives of countless more. But the time to push for permanent change is now. This is the moment to ensure that lessons from the pandemic become part of the policy conversation moving forward — to remember we can do more than conventional wisdom would have us believe.

Rachel M. Cohen (@rmc031) is a freelance journalist who focuses on politics and policy.