When Merav Michaeli, a pathbreaking feminist, was elected head of Israel’s Labor Party in January, some people offered her condolences. Labor was once Israel’s governing party, the home of many of the country’s iconic leaders: David Ben-Gurion, Golda Meir, Yitzhak Rabin. It ruled continuously from Israel’s founding in 1948 until 1977, and then a few more times after that.

But since the second Palestinian intifada in 2000, which for many Israelis discredited the country’s peace camp, the Israeli left has collapsed. Because of its politicians’ inability to form a stable government, the country is about to hold its fourth elections in two years, and in January polls showed that, for the first time, Labor might fail to meet the threshold to win any seats at all in the Knesset, Israel’s parliament. For a party that once seemed to define Israel itself — especially to liberal diaspora Jews — it’s been an almost inconceivable fall.

There’s a phenomenon in business and politics called the glass cliff, in which organizations in crisis turn to female leaders. That seems to be how Michaeli, a former journalist who once gave a talk titled “Cancel Marriage” at an Israeli TEDx conference, became Labor’s leader.

“Welcome to the Worst Job in Israeli Politics, Merav Michaeli,” said a headline in the left-leaning Israeli newspaper Haaretz. Her victory, wrote Anshel Pfeffer, doesn’t “so much reflect Michaeli’s popularity — she ran against six virtually unknown candidates — but the fact that no other politician wants to be remembered as the leader under whose watch Labor failed to get into the Knesset altogether.”

But after Michaeli won, something unexpected happened. Labor’s poll numbers ticked up, and it’s now expected to capture six or seven seats when the country votes on March 23.

“She’s the best thing that’s happened to Labor in recent years,” Dahlia Scheindlin, a pollster and political analyst in Israel, told me. She described Michaeli, a former journalist once known for her campaign to make Hebrew, a highly gendered language, more gender inclusive, as “avant-garde.” Scheindlin added, “She has a backbone, and she’s not just blowing in the wind.”

Labor’s last leader, Amir Peretz, was the opposite. In 2019, he swore he would never join a government led by Benjamin Netanyahu, shaving his famous mustache so Israelis could better “read his lips” on the matter. The next year, he went back on his pledge, bringing Labor into Netanyahu’s unity government.

Even as her party joined the ruling coalition, Michaeli insisted on remaining part of the opposition, making her, as The Times of Israel wrote, “a bizarre sort of one-woman opposition to the coalition from within.” Once in charge, she pulled Labor out of the government. The party’s improving fortunes suggest that taking a stand against Netanyahu has paid off.

Now, six or seven seats still isn’t much, given Labor’s former dominance. (Netanyahu’s Likud currently holds 36 seats, followed by 33 seats for the centrist Blue and White party.) A party led by an avant-garde figure might seem, almost by definition, to have limited mainstream appeal. But after rescuing Labor from oblivion, Michaeli is convinced she can restore it. “I am here because this is my project — to turn it back into a ruling party,” Michaeli told me. 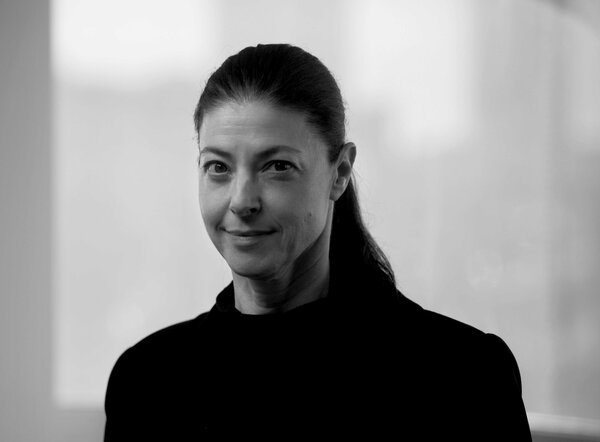 I first met Michaeli in 2009, when she was still a journalist. As she remembers it, it was at a party in New York before the first convention of J Street, the liberal pro-Israel group. At the time, she said, Israelis knew only two kinds of American Jews — those with right-wing views on Israel, and those who were indifferent. She wrote a newspaper column about progressive American Jews who cared about Israel’s future. Her editor, she said, told her that she had no idea what she was talking about, and never ran it.

J Street would eventually turn into a force in the Democratic Party. But as Israel’s occupation of the Palestinians has grown ever more entrenched, many progressive Jews, myself included, have become skeptical about the future of liberal Zionism. I’d love to believe that Michaeli could do what she’s promising, creating a socially democratic Israel committed to a just resolution of the Palestinian conflict. But I see plenty of reason for doubt.

Right now, Israeli politics is mostly a contest between different right-wing factions. Seeking to cling to power, Netanyahu, on trial for corruption, has struck a vote-sharing deal with the Religious Zionist Party, which includes what The Times of Israel called “Israel’s most extremist and openly racist Jewish political movement,” Otzma Yehudit. (One of Otzma Yehudit’s leaders, the paper reports, holds an annual “commemoration party” at the grave of Baruch Goldstein, who massacred 29 Palestinians in 1994.)

Netanyahu’s main rival, Gideon Saar, was once his protégé, and is in some ways even more conservative. And unlike in America, young people in Israel are to the right of older generations; according to data from the Israel Democracy Institute, 69.9 percent of Jewish Israelis ages 18 to 24 describe themselves as right-wing. It’s hard to see where support for a liberal revival could come from.

But Michaeli argues that, as in the United States — where liberal economic policies are often popular even with self-described conservatives — there is a gap between people’s issue preferences and their political identity.

“There is actually a majority in Israel that wants what we are offering,” she said. “People want socially democratic positions on the economy and society. People want a welfare state. People want pluralism, they want equality.”

She’s convinced that there remains a large constituency for a two-state solution, at least in principle. “Of course there is a huge majority that does not believe it is achievable,” she said.

That’s true not only in Israel, and not only on the right. The inexorable growth of Israel’s occupation, and the increasing power of those in Israel calling for outright annexation of Palestinian lands, can make it hard to believe that a two-state solution is still viable. If it isn’t, neither is Israeli democracy, unless and until the country is prepared to give equal rights to the Palestinians it rules. For years, it’s been a truism to say that Israel is approaching the point where it can be Jewish or democratic, but not both. It’s possible that, as much as liberal Zionists don’t want to admit it, that point has been crossed.

So I asked Michaeli why American Jews committed to liberal democracy should still feel connected to Israel. She grew vehement, saying that the experience of living under Donald Trump should redouble our empathy for Israel’s embattled progressives.

Michaeli’s first four years in the Knesset coincided with Barack Obama’s second term. “I spent those four years being attacked by liberal American Jews for failing to replace Netanyahu, failing to be an effective opposition,” she said. She grew deeply frustrated trying to explain the near impossibility of constraining a demagogue.

“And then when Donald Trump was elected, I was devastated, but at the same time, I said to my friends, ‘Welcome to our lives,’” she said. “Now you will understand us better, because you felt the same — it’s the way your life changes. All of the sudden your president becomes your life, and your jaw drops 10 times a day, and you experience how a scandal happens every 10 minutes and everybody becomes numb, and you run out of words to express how horrible things are.” With Trump, she said, “I thought that my American liberal friends will at last understand what we have been up against all this time.”

Instead, Michaeli feels that some liberal American Jews are giving up on their Israeli peers. “Don’t you get that we need you and you need us?” she asked. “You need us, because as long as Israel, which used to be a true democracy, and is half of the Jewish people, is under such threat, you need us to get over this as much as we need you to be able to strengthen your democracy.”

She insists, however hard it is to imagine now, that a two-state solution is still within reach. “It has to happen,” said Michaeli. “I’m convinced that it will, eventually.”

“Yeah, of course,” she said. “Listen, I brought Labor back almost from the dead.”