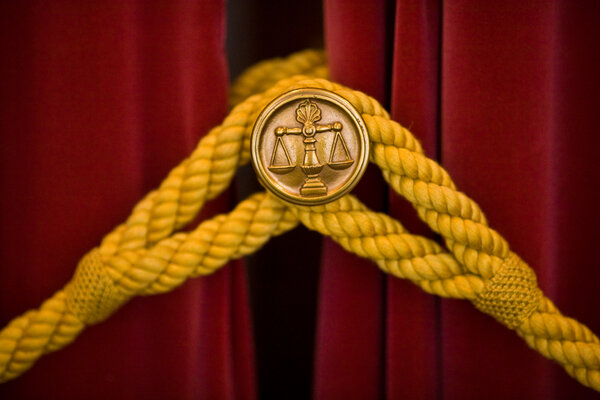 On Tuesday, the Presidential Commission on the Supreme Court of the United States sat for its third public meeting. Formed in April by executive order, the 36-member commission exists to hear arguments for and against Supreme Court reform and to analyze and appraise the merits of specific proposals.

President Biden did not run on court reform and rejected “court packing” during the 2020 campaign. But after Donald Trump and Mitch McConnell pushed Amy Coney Barrett through the Senate in a harried bid to replace Ruth Bader Ginsburg before the presidential election, he could not resist calls from within the Democratic Party to do something.

The commission is Biden’s something, and it isn’t much to look at. Not only is it not meant to make recommendations or suggest a course of action, but its members come from the upper echelon of the legal elite — exactly the people most comfortable with the institutional status quo on the Supreme Court.

But this doesn’t mean the commission is worthless. It may not offer needed reforms, but in its three meetings so far it has already served as a valuable platform for scholars with a cleareyed view of the court and a powerful critique of its current role within the nation’s constitutional order. If nothing else, the commission has helped elevate important ideas and perspectives the broader public needs to hear. It is interesting, illuminating and worthy of your attention.

In his written testimony, for example, Nikolas Bowie, an assistant professor of law at Harvard, takes aim at the idea of the Supreme Court as a defender of the rights of vulnerable minorities. That, he says, is a comforting myth. The truth is much uglier. “As a matter of historical practice,” Bowie writes, “the Court has wielded an antidemocratic influence on American law, one that has undermined federal attempts to eliminate hierarchies of race, wealth, and status.”

This is most apparent, Bowie notes, in the court’s relationship to America’s racial caste system. The 1857 case Dred Scott v. Sandford was one of the first decisions to invalidate a federal law and circumscribe Congress’s ability to act, in this case asserting that the Constitution forbade the nation’s representatives from restricting the spread of slavery or giving Black Americans the rights of citizenship.

“We think they are not, and that they are not included, and were not intended to be included, under the word ‘citizens’ in the Constitution,” read the opinion of the court, “and can therefore claim none of the rights and privileges which that instrument provides for and secures to citizens of the United States.”

In the 1876 cases, United States v. Cruikshank and United States v. Reese, the Supreme Court forbade Congress from protecting the voting rights of Black Americans in the face of violent mobs and state disenfranchisement. In the Civil Rights Cases of 1883, it forbade Congress from outlawing discrimination in public accommodations, and in the infamous Plessy v. Ferguson in 1896, the court upheld the doctrine of “separate but equal.”

Even the vaunted Brown v. Board of Education demonstrates the extent to which the court has been a hindrance in the fight for equal rights. Here’s Bowie,

Brown is not an example of the Supreme Court disagreeing with Congress about the constitutionality of a federal law. To the contrary: the Brown Court enforced the Ku Klux Klan Act of 1871, one of the federal laws the Supreme Court had earlier gutted, but which nominally prohibited southern states from discriminating against Black people.

With Brown, in other words, the court was finally stepping out of the way of Congress after it had, as Bowie notes, “directly contributed to the rise of Jim Crow.”

In a similar vein, Vicki C. Jackson, also of Harvard Law School, puts the antidemocratic elements of the court — specifically the indefinite tenure of Supreme Court justices — in the context of a democratic deficit within the entire constitutional system.

“It is an unstable situation for a party supported by a minority of the population to be able to control the Senate, frequently the presidency, and the Supreme Court,” she writes, “If citizens cannot look to elections, nor to the Courts, nor to the amending process, to achieve a federal government that is in broad terms responsive to democratic views, what remains are methods that should trouble all who believe in the rule of law.”

And in his testimony, Samuel Moyn, a professor of law and history at Yale, urges the commission to focus less on the “maintenance or restoration of institutional legitimacy” to the Supreme Court, and instead support reforms that “curtail and manage the institution’s power” and enhance “democratic authority over law.”

Moyn writes that the “American higher judiciary has too much authority, allocated and arrogated, and this fact has been grievous for our national political experience” and that “rather than continuing a regime of politics by means of the higher judiciary, Americans deserve a more democratic politics for themselves.”

Put a little differently, the public and its representatives can and should extend its authority over the Supreme Court, not by “packing” the court or imposing term limits, but by marking the boundaries of its autonomy. Using their broad power under the Constitution to shape and structure the judiciary, federal lawmakers can strip jurisdiction from the court, require a supermajority for decisions that would invalidate an act of Congress or, as Moyn writes, Congress

could also reassign finality of decision to itself through a jurisdictional statute that makes Supreme Court invalidations of federal law provisional unless and until Congress passes on the result (or fails to exercise its option to do so in some time frame).

The point of all this is both to disempower the court and to make it less central to our politics and our constitutional order. This idea, that the court should work with our democratic aspirations and not against them — and that we should not hesitate to change and experiment with the court should we find ourselves struggling against it — is practically verboten among mainstream politicians. But it is a critical part of our political heritage, stretching back to President Thomas Jefferson’s battles with a Federalist-dominated judiciary at the start of the 19th century.

Supreme Court reform is not on the horizon. There is no popular movement to reshape the institution, and too many on the elite end — on both sides of the political divide — are too invested in the status quo. But this commission, for whatever its worth, has opened a space within the political mainstream for serious consideration of major reform to the federal judiciary. It may not mean much now, but change has to begin somewhere.