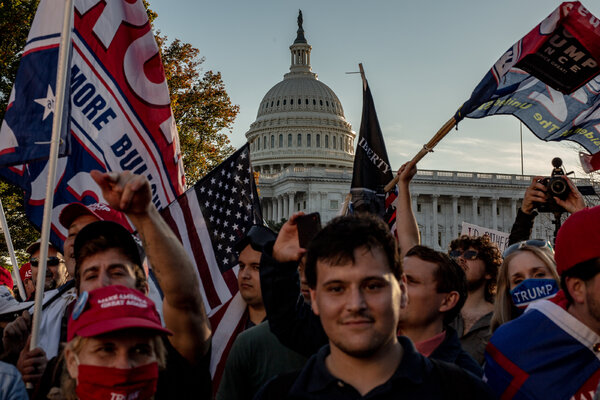 By Thomas B. Edsall

The deepening gender gap in American voting, with men favoring the Republican Party and women favoring the Democrats, is well-known, if not well understood. So what explains the presence of millions of men in the Democratic Party and millions of women in the Republican Party? What distinguishes these two constituencies, whose partisanship runs against the grain?

I asked Heather L. Ondercin, a political scientist at Appalachian State University who has written extensively on gender issues, including in “Marching to the Ballot Box: Sex and Voting in the 2020 Election Cycle,” for her thoughts on these questions. She emailed back:

Regardless of identification as a man or a woman, more stereotypically “masculine”individuals (male and female) — aggressive, assertive, defends beliefs, dominant, forceful, leadership ability, independent, strong personality, willing to take a stand, and willing to take risks — tend to identify with the Republican Party. Individuals (men and women) who are more stereotypically “feminine” — affectionate, compassionate, eager to soothe hurt feelings, gentle, loves children, sensitive to the needs of others, sympathetic, tender, understanding, and warm — tend to identify with the Democratic Party.

In a case study of what Ondercin describes, Melissa Deckman, a political scientist at Washington College who is also chairman of the board of the Public Religion Research Institute, and Erin Cassese, a political scientist at the University of Delaware, published research into “gendered nationalism” in 2019 that sought to identify who is most “likely to believe that American society has grown ‘too soft and feminine.’ ”

Deckman and Cassese found a large gender gap: “56 percent of men agreed that the United States has grown too soft and feminine compared to only 34 percent of women.”

The data described by Deckman and Cassese illuminate two key aspects of contemporary American politics. First, despite the enormous gaps between men and women in their voting behavior, partisanship is far more important than gender in determining how people vote; so too is the crucial role of psychological orientation — either empathic or authoritarian, for example — in shaping allegiance to the Democratic or Republican parties.

The Deckman-Cassese study is part of a large body of work that seeks to answer a basic question: Who are the men who align with the Democratic Party and who are the women who identify as Republicans?

“Gender and the Authoritarian Dynamic: An Analysis of Social Identity in the Partisanship of White Americans,” a 2021 doctoral dissertation by Bradley DiMariano at the University of Missouri-St Louis, found a pattern similar to the Deckman and Cassese study.