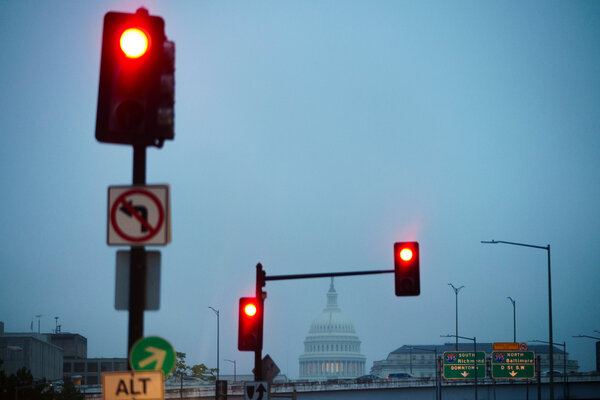 By Gail Collins and Bret Stephens

Ms. Collins and Mr. Stephens are opinion columnists. They converse every week.

Gail Collins: Bret, October is my favorite month. And now that the Senate has decided not to default on the national debt, really, what could be better?

Bret Stephens: If the Yankees hadn’t been trounced by the Red Sox, Gail, October would have been better.

Gail: Thanks to my husband’s Boston roots, we’re cheering on the Red Sox. Along with — oh, I’d guess about four other people in our section of the city.

Bret: Looks like we’ve discovered the root of our differences. But yes, for sure, it’s a good thing we’ve deferred defaulting on the debt … till December. Any other good news?

Gail: Well, we’ve been disagreeing strongly about Senator Kyrsten Sinema of Arizona, one of the two Democrats holding up the Biden agenda. You like her spunk; I think she’s hurting the president just so she can brag about her independence in the next election.

Bret: A politician looking out for her next election. What’s the world coming to?

Gail: But I believe we can find a moment of accord on the principle that anti-Sinema activists should not try to make their point by pursuing their target into the restroom.

On a more positive note, Gail, I’m happy to see President Biden show some realism about what he can achieve on his spending bill. As things stand now, the administration needs some kind of legislative win, not just a big top-line number. Or do you feel this is a letdown for Democrats?

Gail: Given that I was a fan of the Biden original, I do feel let down. It looks like child care subsidies might be more narrowly distributed, and the battle against climate change won’t be as well-funded. Sigh.

Gail: But in my capacity as a person who’s covered American politics for a really long time, I can’t say I’m shocked or stunned.