“If somebody hits you, you’ve got to hit ’em back five times harder than they ever thought possible,” Donald Trump said in a speech outlining his philosophy on business in 2012. “You’ve got to get even. Get even.”

Which raises the question: What’d New York ever do to you, Mr. President?

Has any other president ever shown such animosity toward the place he came from, or used the authority of his high office to exact revenge on the city that built his career?

Indeed, there may be hurt feelings at play: In 2016, the state rejected Mr. Trump at the polls, and his neighbors booed him in the streets. New Yorkers removed his name from towers he built. They subpoenaed his taxes, investigated his charity and proclaimed his restaurant possibly the worst in America. 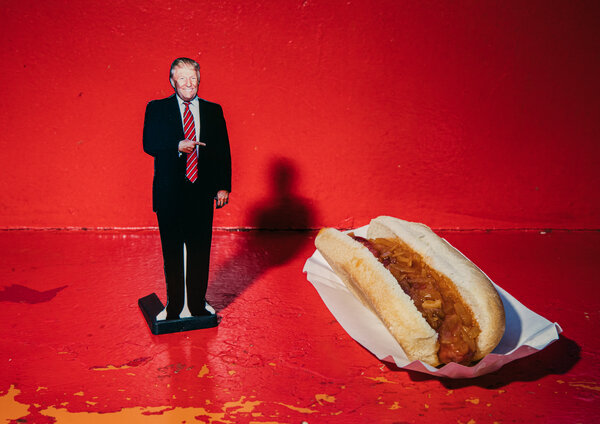 “They’re mean to me,” President Trump told Gov. Andrew Cuomo of New York in a meeting at the White House early this year, according to people familiar with the conversation.

Political vendettas by presidents are nothing new — neither is brazenness. In the summer of 1971, members of President Richard Nixon’s administration wrote a memo that outlined “how we can use the available federal machinery to screw our political enemies.”

The Trump administration adopted that strategy from the get-go.

There was the Republican-led repeal of the state and local tax deduction, known as SALT, that socked high-income taxpayers in Democratic states like New York and California with enormous tax bills. Mr. Cuomo rightly called that “political retaliation through the tax code.”

The Gateway project to replace the crumbling rail tunnels connecting New York and New Jersey, likely the single most important infrastructure project in the country? Slow-walked to a standstill by the Trump administration for years.

Congestion pricing, a plan to charge drivers entering the busiest part of New York City in a sorely needed bid to raise money for subways? Trump officials have yet to sign off on the plan, which requires approval by the Federal Highway Administration.

The Trump administration has held up funding for the new phase of the Second Avenue subway in Manhattan.

Early this year the administration said it had put on hold a study of a proposal to build a sea wall to protect New York and New Jersey from storms amid rising sea levels that threaten the region. Mr. Trump has called the sea wall “foolish.”

Now, thousands of New Yorkers are dead from Covid-19, still more are facing hunger and homelessness as the country’s economic fortunes continue to plummet — and the president’s crusade to get even with New York feels even more punishing and consequential.

Mr. Trump found in New York a useful punching bag with which to whip up the dark fantasies of his far-right base. The city in particular is a rich target: a bustling, Democratic city filled with Black people and Jewish people, immigrants and liberals, gay and transgender Americans, and labor organizers.

That was the spirit behind Mr. Trump’s order early this month directing federal agencies to designate New York, Portland, Ore., and Seattle as “anarchist jurisdictions” undeserving of federal funding. The move was a bid to capitalize on unrest in these cities ahead of the November election. It also served to further the dangerous idea that people who live in big cities are somehow less American than those outside them.

That same month, it temporarily barred New York residents from applying for the Trusted Traveler programs intended to save prescreened travelers time at airports. The state’s attorney general, Letitia James, sued the Trump administration over the ban, which came after a New York law went into effect restricting immigration officials’ access to motor vehicle records.

“If you take the blue states out, we’re at a level that I don’t think anybody in the world would be at,” the president said at a news conference this month.

It wasn’t always this way. Mr. Trump was a fixture of New York City, where he enjoyed a larger-than-life reputation as a builder and, more successfully, as an entertainer and a man about town. His exploits, including divorces and bankruptcies, played out like a soap opera in the pages of the city’s tabloids. Could the president be brought back into the fold?

Apparently not. Last year, Mr. Trump fled New York and became a resident of Florida. “I have been treated very badly by the political leaders of both the city and state,” he wrote on Twitter in October. “Few have been treated worse.”

“He’s all yours, Florida,” Mr. Cuomo tweeted in response.

New York may be finished with Donald Trump, but Mr. Trump, it seems, isn’t finished with his hometown. It is unfortunate that future generations will suffer from his pettiness.