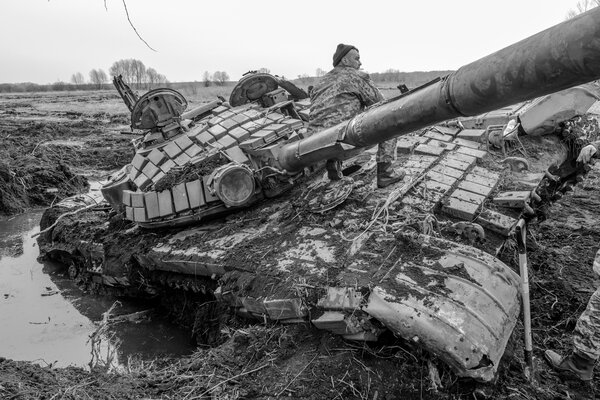 What does Jerome Powell, chair of the Federal Reserve, understand that Vladimir Putin doesn’t?

OK, I know that may sound like a trick question, or a desperate effort to offer a counterintuitive take on recent events. We may say that the Fed has gone to war against inflation, but that’s just a metaphor. Russia’s war on Ukraine, unfortunately, is all too real, leading to tens of thousands of deaths among both soldiers and civilians.

Yet the Fed and the Putin regime have this in common: Both took major policy actions this week. The Fed raised interest rates in an attempt to curb inflation. While Putin announced a partial mobilization in an attempt to rescue his failed invasion. Both actions will inflict pain.

One important difference, however — aside from the fact that Powell is not, as far as I know, a war criminal — is that the Fed is acting to maintain its credibility, while Putin seems determined to squander whatever credibility he might still have.

About the Fed: I’m worried about the effects of rate hikes. There is a serious risk that the Fed’s actions will push America and the world into a gratuitously severe recession, especially because it isn’t just the Fed — central banks are raising rates around the world, and there could all too easily be a sort of destructive synergy from this worldwide monetary tightening.

Yet if I were in Powell’s shoes, I would probably have done the same thing. For the Fed is anxious to preserve its credibility on inflation.

Notice that I said “preserve.” The Fed — like yours truly — failed to predict the 2021-22 inflation surge. But neither financial markets nor the public lost faith that inflation would, in fact, come down in the fairly near future.

That’s an important asset. Subdued inflation expectations are the best reason to believe that the Fed can engineer a relatively soft landing — an economic slowdown for sure, maybe a recession, but not the kind of sustained era of extremely high unemployment that it took to end the inflation of the 1970s.

And the Fed is acting to preserve this asset, trying to bring current inflation down soon enough that the public retains its faith in low future inflation. I don’t like it. I’ll be calling for a monetary pivot as soon as we have clear evidence that inflation is, in fact, coming down. But the Powell Fed is, I’m afraid, right to believe that retaining credibility is important.

His Wednesday speech was full of apocalyptic rhetoric, portraying Russia as a nation under attack by the whole West. But he didn’t announce the kind of full-scale mobilization that rhetoric would seem to imply. Instead, he announced a series of half-measures that defense experts doubt will do much to change Russia’s downward military trajectory. I have no reason to question their judgment.

What struck me, however, was that the new policies amount, in effect, to a betrayal of Russians who believed Putin’s past promises. Notably, contract soldiers — people who volunteered to serve for a limited time — have suddenly found themselves stuck in service for the indefinite future. This may shore up Russian numbers for the next few months; but who, in the future, will be foolish enough to volunteer for Putin’s army?

Putin’s clumsy efforts at economic warfare are, in a way, creating similar credibility issues. Russia has largely cut off the flow of natural gas to Europe, hoping to bully Western democracies into stopping their military and economic aid to Ukraine. He is succeeding in creating a lot of economic pain; energy prices have soared, and a nasty European recession seems highly likely.

Yet the West isn’t going to abandon Ukraine, especially given Ukrainian success on the battlefield. So Putin’s attempted economic bullying, like his partial mobilization, probably won’t change the course of the war. What it’s doing, instead, is showing how dangerous it is to do business with an erratic, authoritarian regime. This means that even if and when the Ukraine war ends, Russia’s trade relations won’t return to normal: As long as Putin or someone like him remains in power, Europe will never again allow itself to become so reliant on Russian energy.

In short, Putin is engaged in what we might call a bonfire of the credibilities — his desperate short-run efforts to rescue his war of aggression are undermining Russia’s future, by making it clear that he can’t be trusted. Looking forward, Russian citizens won’t volunteer to serve in the military, lest they end up trapped in a kill zone; European companies won’t sign contracts with Russian suppliers, lest they find their businesses stranded by economic blackmail.

Credibility can seem squishy, and it can be abused as a rationale for objectively bad policies. And being too rigid about obeying rules that have been overtaken by events can do a lot of damage.

But maintaining credibility — demonstrating that you will, in fact, honor your promises within reason — is nonetheless important. Putin apparently doesn’t get that, and his contempt for past promises may be his downfall.