Last week, a dispatch from Nova Scotia left me reeling. The journalist Stephanie Nolen described her life in the province, not terribly far from the American mainland, as “a parallel dimension” where gym classes and dinner parties still happen and community spread of the coronavirus is low. In an effort to explain how the area beat back the virus, she wrote:

Our freedom feels precious and fragile. It has not come cheap. But it’s a steadying thing, the knowledge that we will make hard choices for each other, and that sometimes when we do, the reward is a life we recognize.

What struck me is how Ms. Nolen’s understanding of freedom feels so at odds with the American response to the pandemic, which frequently invokes “freedom” as an excuse to serve one’s own interests before the interests of others. Hers is an expansive, collectivist view that appears well suited to saving lives. Some Americans hold a different understanding of freedom: instant gratification followed by triage once the number of deaths becomes too hard to ignore.

In May, I wrote that my biggest fear was that our pandemic response would mirror our treatment of the gun violence epidemic. That we would get used to all the dying. That our leaders would be too cowardly to enact responsible policies. That a debate about health and science would be hijacked and politicized by extremists, reducing complex policies to a false binary: freedom versus tyranny.

I spoke then with Dr. Megan Ranney, an emergency physician and Brown University associate professor who works on gun violence prevention. She expressed her frustration that the dynamics of the two epidemics felt similar. In both cases, she said, we approached the issue using a narrow American lens. “We know from other countries what effective responses look like but we can’t imagine those for ourselves,” she told me. “We become distracted from what actually works.”

As if to prove my column’s point, I quickly moved on from paying attention to the gun violence epidemic after writing the piece. But gun deaths and violence have not declined during the pandemic. According to the Gun Violence Archive, in the first 10 months of 2020 there were 15,646 gun deaths, 32,459 gun injuries and 1,829 unintentional shootings. The Centers for Disease Control and Prevention estimates that there have been over 20,000 suicides. Even mass shootings barely make headlines in 2020.

As we enter the holiday season, with Covid-19 cases rising exponentially and hospital systems threatening to collapse under the strain, the discussion around whether to gather this Thanksgiving has been subsumed by the same freedom- versus-tyranny dynamics as the gun debate has been — almost to the point of parody: 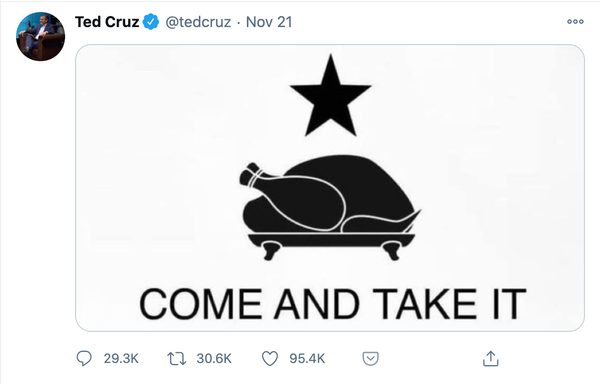 Last Thursday, I spoke on the phone again with Dr. Ranney. She was on a walk, getting a bit of fresh air and sunlight before another shift intubating critically ill patients dying of Covid-19. She was, despite the enormous weight of watching the pandemic’s destruction up close, calm and cleareyed. She described herself as “angry and scared for what’s coming in the next month.”

When I asked her why, she said, “Thanksgiving.” Here’s her response in full:

“I hate to be apocalyptic, but it’ll be the day that will determine our trajectory for the rest of the year. If everyone goes to celebrate, we’re screwed. It’ll seed hundreds of thousands of infections in a single day.”

What she means is that even if America locked down completely the day after Thanksgiving — which is not going to happen — the country would still face an unthinkable stretch of death and destruction.

Once again, the subject of gun violence prevention came up. The biggest similarity, she said, is that our failures seem to come from leadership as well as from individuals — inaction and abdication of responsibility feed each other and the problem gets worse, despite simple solutions being available. “Nobody is blameless here,” she said.

That sounds bleak. But read another way, it’s empowering.

Before we hung up, I asked Dr. Ranney what she’s learned during these brutal months. “What both gives me hope and scares me is that individual Americans have tremendous power to do good as well as evil,” she said.

What she’s describing is, in essence, our freedom and how we can choose to exercise it. As such, they’re words worth considering this week. You don’t have to be helpless. You don’t have to get used to the dying. There’s something you can do right now. You can make the hard choice on behalf of others. You can stay home.

The Times is committed to publishing a diversity of letters to the editor. We’d like to hear what you think about this or any of our articles. Here are some tips. And here’s our email:[email protected].