Forgive me for failing, at first, to find much news in the news that President Trump had pressured officials in Georgia to overturn the election results. That he had been caught doing so on tape was even more dog-bites-man.

Not many people remember this, but we once had a lengthy impeachment hearing centered on a corrupt Trump phone call. It’s only natural that he’d reprise his biggest hit — “Perfect Call Feat. Senate Toadies” — in his grand finale as president.

Then I spent an hour listening to the full recording of Trump’s call, and my stomach sank. What got me was how thoroughly Trump’s arguments involved conspiracy theories hatched or spread by QAnon, the online cultlike thing that seems to be gaining a death grip on the American right.

In that phone call, I heard a president who is somehow both rabbit and rabbit hole — as much a rabid consumer of online conspiracy propaganda as he is a producer of it. The plot to undo the 2020 election isn’t Trump’s alone — it is also the product of a sprawling online phenomenon whose goals, logic and methods are as unpredictable as the internet itself.

Trump will soon step out of office, but that won’t diminish his standing with a conspiracy-media apparatus that has become so adept at transforming rumor into political reality. Through QAnon, the mendacity that has defined the Trump era will remain an enduring feature of right-wing politics, long after Trump slinks away.

QAnon originated in 2017 as an exceptionally bizarre conspiracy theory, centered around the premise that the country is run by a cabal of pedophiles whom Trump is bringing down. It has since morphed into something even stranger. More than a single conspiracy theory, QAnon is best regarded as a general-purpose conspiracy infrastructure, spreading lies across a range of subjects, from coronavirus denial to mask and vaccine skepticism and, now, to a grab bag of theories about election fraud.

What Do We Do About Q?

The conspiracy theories seem ridiculous, but the consequences are real. 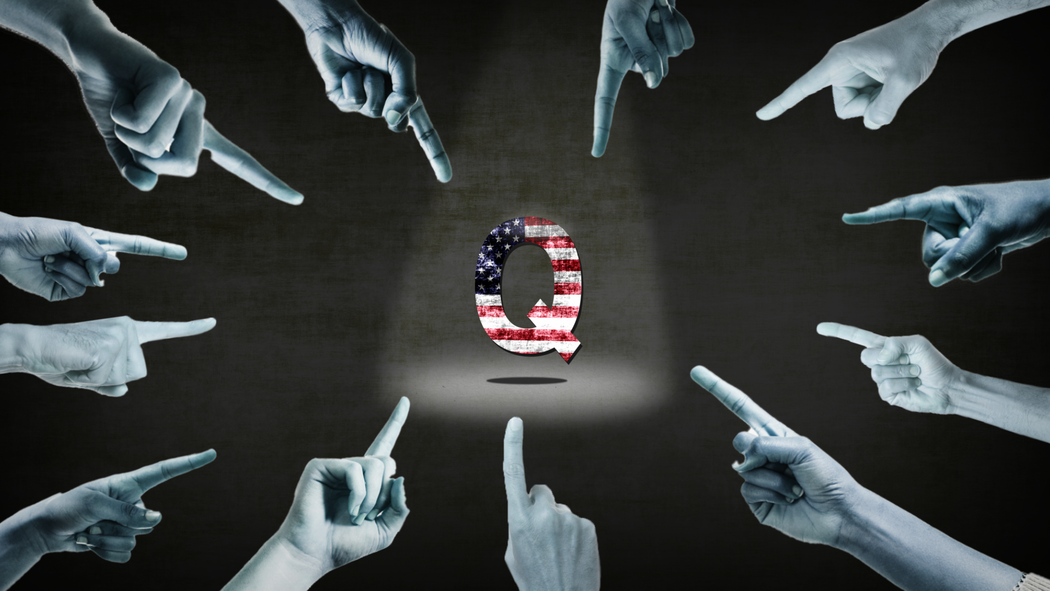 The movement’s acolytes take inspiration and guidance from the eponymous Q, an anonymous figure who has posted cryptic notes on the troll-infested internet forums 4Chan and 8Kun. But QAnon’s theories don’t come down fully formed from Q, nor from Trump; in a manner that resembles an online game, they are created collectively, giving the movement a flexible, almost religious quality.

QAnon’s participatory thrill has alarmed misinformation researchers. Because every pronouncement from Q can spark endless “research” and commentary, new adherents are made to feel like they have a role in uncovering the deepest secrets about the world. “It is insufficient to be persuaded by the anti-vax or QAnon movements — those who’ve joined the movement feel an obligation to share the ‘truth’ with those who’ve yet to be enlightened,” the media scholar Ethan Zuckerman wrote in 2019. “Those who are most successful in converting others are rewarded with attention, a commodity that is easily convertible into other currencies.”

In the Church of Q, Donald Trump is the one and only messiah. But the Georgia call shows how fully he participates in it, too.

Travis View, a co-host of the excellent Q-tracking podcast “QAnon Anonymous,” told me that when Trump was rattling off his litany of false claims on the call, “he was sounding a lot like a thread on the Q research board, on which people spit out ideas, conspiracy theories and snippets, and people sort of build upon them.”

View described a symbiotic relationship between Trump, QAnon message boards and pro-Trump news outlets like One America News and Newsmax. It’s a bit like jazz musicians improvising, each one punching up the other’s riff.

On the call, Trump claimed that voting machines made by a company called Dominion Voting Systems were rigged to help Biden win. The theory has been debunked; it is also moot, because officials in Georgia confirmed Biden’s victory through a hand recount of paper ballots.

The Dominion idea was one of several stolen-election theories that started on QAnon-friendly forums. Pro-Trump outlets then echoed the theory — as NBC News recently pointed out, Ron Watkins, the administrator of 8Kun, has been featured on One America News as a voting-systems expert, which he is not. When Trump inevitably tweeted out the OAN segment, the circle was complete: OAN had given its aggrieved audience “news” that confirmed its belief in the conspiracy. Trump promoted self-serving misinformation, and QAnon grew just a little bit more powerful.

The atmosphere of fear and mistrust that has pervaded America’s response to the pandemic has been very good for QAnon, and now this dangerous movement holds real political power.

In November, Marjorie Taylor Greene, a QAnon supporter, won a seat representing Georgia’s 14th District in the House of Representatives. Some Republican officials have attempted to downplay Greene’s political success and distance themselves from her ideas, but I wouldn’t be surprised if Greene becomes a G.O.P. star. On Monday, at Trump’s rally to support the two Republicans running in Georgia’s Senate runoffs, the crowd’s wildest cheers came when Greene took the stage. The audience sounded much more enthusiastic about Greene than about Kelly Loeffler, one of the actual Republican candidates.

If the Republican Party has given up entirely on fighting QAnon’s influence, it might be because Q has grown too big to tame. Late last month, NPR and Ipsos published the disturbing results of a poll assessing QAnon’s hold on the nation. People who responded to the survey were asked whether it was true or false that “a group of Satan-worshiping elites who run a child sex ring are trying to control our politics and media,” QAnon’s central lie. Seventeen percent said “true,” and 37 percent more said they didn’t know. In other words, a majority of Americans think it is at least possible that QAnon’s nuttiest theory might be fact. A third of respondents also said that voter fraud had helped Biden win.

This level of influence isn’t going to disappear at noon on Jan. 20. QAnon’s vast reach, and Trump’s deep hold on it, are here to stay.

Farhad wants to chat with readers on the phone. If you’re interested in talking to a New York Times columnist about anything that’s on your mind, please fill out this form. Farhad will select a few readers to call.