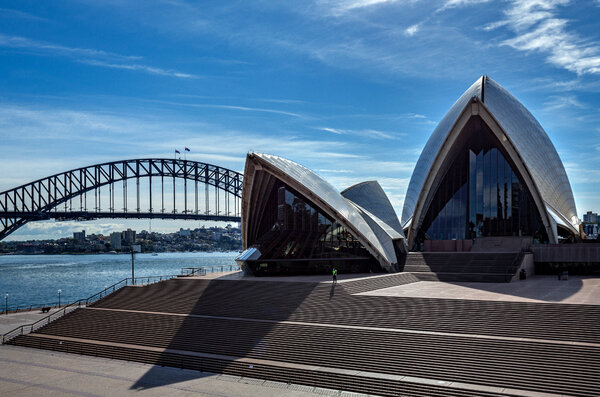 The countries trying to ‘live with Covid’

Eighteen months into the pandemic, governments in Asia, Europe and the Americas are encouraging people to return to life as it once was and learn to live with the coronavirus. But scientists warn that these strategies may be premature amid the spread of more transmissible variants.

Rolling lockdowns and restrictions have become necessary parts of recovery, as governments primarily concentrate on avoiding severe illness and death instead of infections, which are harder to avoid. Even countries with zero-Covid ambitions, such as Australia and Singapore, are rethinking their policies.

In places where vaccines have been widely available for months, such as Europe, countries have bet big on their inoculation programs as both a ticket out of the pandemic and a key to keeping hospitalizations and deaths low. England has gone further still, abandoning almost all restrictions this week.

Other health news: Life expectancy in the U.S. has dropped by 18 months, to 77.3 years from 78.8 years, in the steepest decline since World War II. Black and Hispanic Americans were disproportionately affected.

World health officials have called for urgent vaccine donations to stem Covid in Central America and the Caribbean.

Half of Australia is under lockdown as the Delta variant drives outbreaks across three states.

A South African plant will handle the final stages of manufacturing for Pfizer shots that are exclusively for countries on the continent.

At least 25 people died in and around Zhengzhou, a city of five million, when the heaviest rainfall on record there caused severe flooding. Twelve of the victims were stuck on a subway train when waters rose.

On Tuesday evening, floodwaters breached a retaining wall near an entrance to the subway’s Line 5, which makes a loop around the city center. The water poured into the system between two stations, flooding the train. Trapped passengers posted videos as the disaster unfolded.

Official response: China’s leader, Xi Jinping, ordered the authorities to give top priority to people’s safety and called the flooding “very severe.” Although flooding is common in China, researchers have attributed the extreme weather sweeping the planet to the consequences of climate change.

Climate news: Wildfire smoke from the Western U.S. and Canada spread to the East Coast and prompted health alerts from Toronto to Philadelphia. In Iran, security forces cracked down on people protesting a water shortage brought on by drought and government mismanagement.

A youth conference held in Poitiers, France, in October has exposed the gulf between the country’s republican values and the emerging sensibilities of a new generation.

Sarah El Haïry, the minister of youth and a child of immigrants, met with more than 100 teenagers who had spent two days tackling the delicate topics of religion and discrimination. They said their lives had little to do with her vision of France as a nation that is ostensibly secular, colorblind and of equal opportunity.

France’s younger generation, according to polls, harbors more liberal attitudes toward race, religion and gender in a diversifying society. The age difference between El Haïry, 32, and her audience — only about 15 years — was itself a measure of how quickly things are changing.

Republicans blocked a bipartisan infrastructure bill in the Senate, leaving uncertain the fate of a nearly $600 billion package to fund roads, bridges, transit and other public works.

Jeff Bezos drew criticism for saying that Amazon employees and customers “paid for all of this” during a news conference after his spaceflight.

The U.S. economy is struggling to reboot, with a labor market that is simultaneously too hot and too cold. Women in particular have slowed their careers while tending to family responsibilities.

The wife of President Jovenel Moïse of Haiti, who was wounded in the attack that killed her husband, returned to her country after receiving medical treatment in the U.S.

Britain has agreed to pay France 54 million pounds, or about $74 million, to help block migrants from crossing the English Channel and arriving by boat.

Aftermath devastating floods in Germany last week, none of the main contenders to replace Chancellor Angela Merkel have come across as strong leaders. Here’s what you need to know about the election in September.

Britain introduced new measures to curb street harassment and violence against women, months after the murder of Sarah Everard in London.

The U.K. has said that the Northern Ireland protocol could create so many problems that it might have to be scrapped.

Liverpool, England, lost its status as a UNESCO World Heritage site over concerns about redevelopment, most notably on its waterfront.

At the Tokyo Olympics, the Swedish women’s soccer team upset the U.S. Off the field, the surge in Covid cases in Japan remains a concern before the opening ceremony on Friday. Follow live Olympics updates here.

Mormon women are speaking out against the itchy, constrictive, church-designed sacred undergarments they’re supposed to wear.

These 115 essential people were among the 2.5 million service workers who kept New York alive in its darkest months.

Althea Finamore, above, works with developmentally challenged adults on Staten Island, helping them get dressed, bathe and eat properly. When lockdown began, she worked back-to-back shifts. “If they needed us, we were there night and day,” she said.

A viral video of a rap song, “Let’s Talk Straight,” has garnered more than four million views on social media since May for its frank portrayal of the divisions between Arab and Jewish Israelis.

Seated in a garage over a small plastic table, Uriya Rosenman, who grew up on Israeli military bases and served in the army, faces Sameh Zakout, a Palestinian citizen of Israel who grew up in the mixed Arab-Jewish town of Ramla.

The two hurl insults and clichés at each other, tearing away the veneer of civility overlaying the seething resentments between the Jewish state and its Palestinian minority in “a work that dares listeners to move past stereotypes and discover their shared humanity,” Roger Cohen, our reporter, writes.

The video pays homage to Joyner Lucas’s “I’m Not Racist,” a similar exploration of the stereotypes and blindness that lock in racial fissures in the U.S.

In Israel, reaction to the video has been overwhelming, as if it bared something hidden. The two men, now friends, are at work on a second project, which will examine how self-criticism in a Jewish and Arab society might bring change. It will ask: How can you do better, rather than blaming the government?

Read more about the video here.

Hosting an outdoor lunch? Take inspiration from this Breton summer party and end your meal with a berry charlotte.

In the Netflix trilogy “Fear Street,” inspired by the author R.L. Stine’s horror series, a lesbian romance propels the narrative.

Use sunscreen on your face every day — even if you work indoors.

Here’s today’s Mini Crossword, and a clue: Opposite of WSW (three letters).

That’s it for today’s briefing. Thanks for joining me. — Natasha

P.S. A hidden haiku from a Times list of three quick meditations: “Take a few mindful / steps, paying close attention / to each sensation.”

The latest episode of “The Daily” is on Chinese cyberattacks against the U.S.

You can reach Natasha and the team at [email protected].