We’re covering the return of military rule in Myanmar, the healing U.S. economy and the curious case of a serial sperm donor. 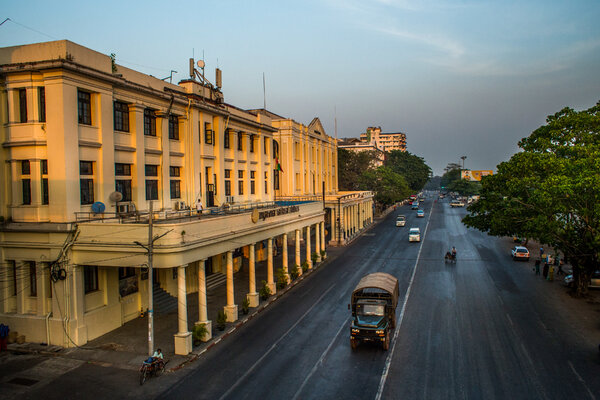 After Myanmar’s generals seized power in a coup, state television broadcast a statement in which the military tried to justify its extreme steps. It contended that there had been voter fraud in elections in November, when Daw Aung San Suu Kyi’s party, the National League for Democracy, won in an even bigger landslide than it did five years ago.

The coup returns the country to full military rule after a short span of quasi-democracy that began in 2011, when the military, which had been in power since 1962, instituted parliamentary elections and other reforms.

A one-year state of emergency is in place, with full authority transferred to the army chief, Senior Gen. Min Aung Hlaing. The military’s roundup of critics continued into Monday night, and the nation’s telecommunications networks suffered constant interruptions.

These photos captured the day when the country’s democratic experiment collapsed.

Here’s what we know about the events.

From our correspondent: “The mood in Myanmar seems to be one of shock,” Hannah Beech, The Times’s Southeast Asia bureau chief, said. “The muscle memory of how to cope with a military dictatorship lives in everyone who survived the bad old days, but few expected another coup and full imposition of military rule.”

Simmering tensions: Ms. Aung San Suu Kyi’s relationship with the military had been fraying. Her detention on Monday brought an abrupt end to the theory that she might strike a workable balance between civilian and military power. In the end, she could not protect her people, nor could she placate the generals.

President Emmanuel Macron of France has tried to stave off a full lockdown, instead aiming to tighten rules just enough to avoid a new wave of coronavirus infections.

The latest adjustments, announced on Friday, include strict border closures and increased police checks on rule-breaking, in addition to a strict 6 p.m.-to-6 a.m. curfew. Schools and shops remain open. But polls in France have shown weariness with restrictions, and grumbling about the rules is growing in some quarters.

Critics say that Mr. Macron may simply be delaying the inevitable and that he could be forced to change course if cases start to surge. His plan is rooted partly in the relative stability of the pandemic in France, where the number of new daily cases has inched up slowly and there has been no sudden surge in hospitalizations.

Related: The pharmaceutical company BioNTech announced that it would make 75 million more doses of vaccine available in the coming months to the European Union, where vaccinations have been lagging.

A team of World Health Organization experts investigating the origin of the pandemic has started its mission in Wuhan, China, by visiting some of the places first hit by the coronavirus: a live animal market, a hospital and a disease control center.

In a study posted online on Monday, researchers found Covid-19 survivors had far higher antibody levels after the first and second doses of a vaccine and might need only one shot.

A million doses of the Oxford-AstraZeneca vaccine arrived in South Africa on Monday, paving the way for the country to begin vaccinating its population of nearly 60 million.

The U.S. economy is healing

The U.S. economy will return to its pre-pandemic size around the middle of this year, according to a new forecast from the nonpartisan Congressional Budget Office — even if Congress does not approve any more pandemic aid. But it will be years before everyone thrown out of work by the pandemic can return to employment.

The brightening outlook is a result of large sectors of the economy adapting better and more rapidly to the pandemic than expected, as well as increased growth from a $900 billion economic aid package that Congress passed in December.

The budget office expects the unemployment rate to fall to 5.3 percent at the end of the year, down from an 8.4 percent projection in July. The economy is expected to grow by 3.7 percent this year.

Stimulus response: President Biden met with Republican senators who are pushing for a much smaller alternative to his $1.9 trillion stimulus bill to address the toll of the pandemic. Administration officials warned that he wouldn’t accept their scaled-down proposal.

If you have 15 minutes, this is worth it

The case of the serial sperm donor

A Dutch musician has fathered hundreds of children in more than a dozen countries, leaving some families concerned about the complications posed by having so many unwittingly related children. Though a patchwork of laws ostensibly controls who can donate sperm and how often, in practice, sperm banks are poorly regulated.

“The children are the victims in this case,” said a lawyer in the Netherlands who was contacted by 12 mothers who used the donor’s sperm. “The only thing these women can do is go to the public and hope everyone in the world knows not to use this guy.”

Grenfell Tower: In Britain, the Labour Party is pressuring the government to help homeowners whose apartments are wrapped in the dangerous flammable material that was the cause of the deadly tower fire in 2017.

Big tech: A string of deaths among exhausted employees has reopened a debate about the high-stress work culture of China’s tech companies. Both the government and ordinary citizens have begun finding fault in companies once held up as symbols of China’s superpower status.

Aleksei Navalny: The Russian authorities said some protesters at recent demonstrations calling for the release of the opposition leader could be charged with serious offenses.

Evan Rachel Wood: The Hollywood actress said on Instagram that the rock musician Marilyn Manson “horrifically abused” her for years. Several other women have also accused Manson, whose real name is Brian Warner, of abuse.

Alzheimer’s: Using an artificial intelligence program that looked for subtle differences in word usage, IBM researchers were able to predict, with 75 percent accuracy, who would get the disease.

Snapshot: Above, Hoboken, N.J., on Monday, during the biggest snowstorm for parts of the Northeast in years. The blizzard-like conditions prompted officials in many cities to shut down Covid vaccination and testing sites, threatening to derail much-needed progress.

Audience of one: Organizers of the Goteborg Film Festival, the largest film event in Scandinavia, have offered one person the opportunity to screen the 70 movies alone on an isolated island off the west coast of Sweden.

Lives lived: The actor Dustin Diamond, best known for playing Screech on “Saved by the Bell,” has died at 44. He announced last month that he had lung cancer.

What we’re looking at: This video of giant pandas enjoying the snow in Washington, D.C. You’re welcome.

Cook: This baked rice with white beans, leeks and lemons is inspired by prasorizo, the classic Greek rice-and-leek dish.

Do: The pandemic has been hard on everyone, but for some, being single has made it harder. Acknowledging those difficulties can help.

Travel: Walk on fire (vicariously) in a small village in northern Greece.

At Home has our best suggestions for how to live a full and cultured life during the pandemic, with ideas on what to read, cook, watch and do.

The joys of watching other people clean

Vacuuming floors, scrubbing bathtubs, folding laundry. That’s not just a household to-do list — it’s also a list of what you’ll find on a popular genre of YouTube channel, in videos like “Clean with Me” or “Extreme Cleaning.”

Some people watch these videos as motivation while cleaning their own homes, while others use them as inspiration — especially during the pandemic, when many people need a pick-me-up. “The influencers play the role of cheerleader and best friend, commiserating about the mess and offering strategies on how to tackle it,” The Times’s Ronda Kaysen writes.

The genre also has an aspirational quality, similar to home-improvement TV shows. The homes are usually large, with expansive kitchens. The videos are set to soothing music, and their stars are often young women. The videos reframe, and monetize, their labor.

Jessica Tull started her channel in 2017 as a way to make friends while she was at home with small children. “My ex-husband laughed at me,” Ms. Tull told The Times. He said there was no way she could make a living cleaning the house on YouTube. Now, she has more than half a million followers, and YouTube is her full-time job.

That’s it for Tuesday’s briefing. See you tomorrow.

Thank you
Sanam Yar and Claire Moses wrote today’s Back Story. Theodore Kim and Jahaan Singh provided the break from the news. You can reach the team at [email protected]

P.S.
• We’re listening to “The Daily.” Our latest episode is about the GameStop rebellion.
• Here’s our Mini Crossword, and a clue: B, in chemistry (five letters). You can find all our puzzles here.
• Apoorva Mandavilli, our Science reporter, spoke to the BBC about why U.S. coronavirus cases may be declining.