Two decades ago, the movie “Erin Brockovich” helped make Thomas Girardi something of a folk hero.

Already an accomplished trial lawyer who pursued personal injury cases against large corporations, he was part of the legal team when Ms. Brockovich went after Pacific Gas & Electric in 1993. Ultimately, the California utility was forced to pay hundreds of millions of dollars to people who said they got cancer and other ailments from drinking contaminated groundwater.

The movie helped introduce the world to “toxic tort” litigation — cases arising from exposure to chemicals and pollutants. And Mr. Girardi, who was thanked in the movie’s credits and served as an adviser on the film, reaped the rewards for clients and himself: He went on to win billions of dollars for customers of the pharmaceutical company Merck, and married a singer who has a spot on the “Real Housewives of Beverly Hills.”

But now Mr. Girardi is starring in his own legal drama — one that William F. Savino, a lawyer for one of the firms that is now suing him, called an “almost Shakespearean tragedy.”

Lawsuits playing out simultaneously in state and federal courts in Los Angeles and Chicago have left Mr. Girardi’s personal and professional life in tatters as he faces accusations of misconduct, including that he misappropriated money that was supposed to go to families of victims of the Lion Air crash in 2018 that led to the grounding of Boeing’s 737 Max.

Lawyers for Mr. Girardi, 81, have suggested in court that he is no longer mentally competent — an idea that another attorney for Lion Air families said was merely an attempt to avoid responsibility for a Ponzi scheme that finally fell apart.

Mr. Girardi owes tens of millions of dollars to finance firms and hedge funds that lent money to his small Los Angeles law firm, Girardi Keese, according to court filings. He and the firm were pushed into bankruptcy in December, and most of his assets have been frozen. Last week, a federal judge ordered the appointment of an interim trustee “to immediately take possession of the books and records” to determine how much money he has and owes to others.

At the same time, a federal judge in Chicago is holding hearings into fraud accusations against Mr. Girardi over a settlement with Boeing over the Lion Air crash. Lawyers with another firm that represent victims’ families say Mr. Girardi may have misappropriated at least $2 million in settlement money paid out by Boeing, which had acknowledged that a software issue had contributed to the crash that killed 189 people.

And then there is the personal strife. Mr. Girardi’s wife of 21 years — Erika Jayne, a singer and star of the reality TV show “Real Housewives of Beverly Hills,” filed for divorce in November just as the mounting debts and allegations of financial misdeeds began to mount. 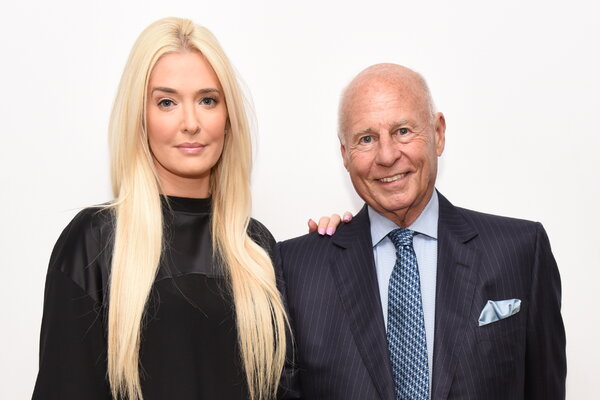 It is a stunning fall for Mr. Girardi, who in 2014 was inducted into the Trial Lawyer Hall of Fame. The group noted that he had secured more than 30 favorable jury verdicts for clients and praised him for his role in more than 100 settlements, including the PG&E case and the $4.85 billion settlement arising from complications associated with Merck’s pain medication Vioxx.

Now Mr. Girardi’s legal practice is effectively shuttered, throwing other lawsuits into upheaval. His firm had been representing about 8,000 clients in the so-called Porter Ranch environmental litigation — a far-reaching lawsuit involving 36,000 people who lived near a major gas leak in 2015. Court filings estimate the litigation could lead to settlements worth $1 billion just for Mr. Girardi’s clients, who now need new representation.

Mr. Girardi’s firm was the lead counsel in the Lion Air litigation, and Boeing paid it an undisclosed sum that was supposed to be dispensed to the families of victims. But at least $2 million of that money wasn’t distributed, said Jay Edelson, an attorney who had represented other clients in the litigation. Lawyers for Mr. Girardi have suggested to the Chicago court that neither he nor his law firm were in a position to pay the disputed money.

And at a hearing last month, Evan Jenness, a criminal defense lawyer hired by Mr. Girardi, told Judge Thomas M. Durkin that she wanted to get a “mental evaluation” of Mr. Girardi because “he’s unable to effectively advise me on how to defend him.”

Ms. Jenness did not respond to a request for comment. The lawyer representing Mr. Girardi’s firm, Michael Monico, said in an email that he had no new information to provide.

Mr. Edelson said the suggestion that Mr. Girardi’s competency might be at issue was a ruse to evade liability and accused Mr. Girardi and his firm of “running a Ponzi scheme” for many years. In a recent court filing, Mr. Edelson’s firm said Mr. Girardi has a history of postponing payments until money comes in from other settlements and jury verdicts.

Mr. Edelson said his firm became suspicious that something was amiss over the summer because some of the victims’ families had not been paid by Mr. Girardi’s firm even though Boeing had largely settled with the families in early 2020.

“We kept getting a lot of excuses but didn’t have any firm knowledge the money was taken,” Mr. Edelson said. “We knew the money did not go to the clients in the fall.”

In early December, Mr. Edelson filed court papers alerting Judge Durkin to the problems with the payments. In a Jan. 5 court filing by Mr. Edelson’s firm, he included a transcript of a voice message left by Mr. Girardi around Thanksgiving.

“Don’t be mean to me, be nice to me,” Mr. Girardi said in the message, according to the filing. “I’m doing good. It was because of me that we got this by the way. I’ll be in touch, don’t worry about everything. We’re friends. Things are going to work out good.”

As the bankruptcy case proceeds, it’s not clear whether the families of the victims of the Lion Air crash or Mr. Girardi’s creditors will be paid first. But that may be the least of Mr. Girardi’s concerns.

In many states, misappropriation of client money can be grounds for disbarment and even criminal prosecution. At a hearing last month, Judge Durkin called Mr. Girardi’s conduct “unconscionable” said he would refer the matter to federal prosecutors. Later that day, the U.S. attorney’s office in Chicago filed a motion with the judge to unseal confidential settlement documents for law enforcement to review.

Shanin Specter, a trial lawyer in Philadelphia who has served as a co-counsel with Mr. Girardi on the Vioxx litigation, said Mr. Girardi had a well-earned reputation as one of the nation’s top trial lawyers. But the allegations that he misappropriated client money, if true, were inexcusable.