The company reported a nearly 19 percent year-on-year gain in the first quarter, as its subsidiaries — from a railroad to energy companies to consumer brands — improved their performances. 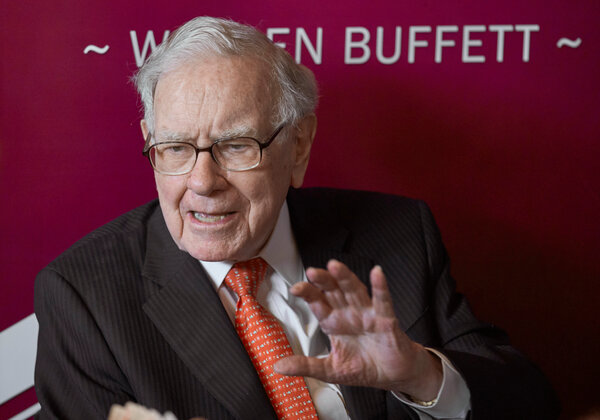 Berkshire Hathaway, the conglomerate run by Warren E. Buffett, reported $11.7 billion in net earnings in the first quarter on Saturday, swinging to a profit from a $49.7 billion loss a year ago as the paper value of its investment gains soared.

Among the businesses that saw the biggest improvements was the railroad, which benefited from higher freight volumes as the American economy rebounded from the pandemic. Berkshire’s building products and consumer subsidiaries also posted higher sales, as housing construction and retail buying picked up.

Other parts of Mr. Buffett’s empire continued to show strain, however, particularly industrial manufacturers like Precision Castparts, whose aerospace parts were in lower demand because of the Covid-related drop in travel.

Berkshire’s vast insurance operations reflected a mixed picture. Auto insurance claims at Geico were down in the quarter, though other parts of the insurance business were hurt by increased claims tied to the destructive North American winter storm in February.

Berkshire reported $2.8 billion in investment gains during the quarter, compared with $54.5 billion in losses in the 2020 quarter.

The conglomerate also bought back $6.6 billion in stock during the quarter, as Mr. Buffett continues to spend his company’s enormous cash hoard — currently more than $145 billion — on repurchasing Berkshire shares rather than striking huge acquisitions.

The earnings report came hours before Berkshire prepares for its annual investor meeting, which for decades saw Mr. Buffett’s faithful followers fly to the company’s hometown, Omaha, Neb., to celebrate one of the world’s best-known investors.

This year, however, it will again be held virtually, bowing to pandemic travel and gathering restrictions. And for the first time, it will be held not in Omaha, but in Los Angeles, where Charles T. Munger, Berkshire’s 97-year-old vice chairman, lives.

Berkshire’s annual meetings are known for offering a forum for the company’s shareholders to ask the 90-year-old Mr. Buffett anything on their minds.

Among the topics that are expected to come up this year are perennial subjects like politics, potential takeover targets for Berkshire and who will succeed him as chief executive once he decides to step down. Questions about how to improve the conglomerate’s stock performance — it has trailed the S&P 500 over the past five years — are also expected to be raised.

But investors are also likely to ask about topics that are more uncomfortable for Mr. Buffett, like efforts to push corporate America to take more action on environmental and social issues. Mr. Buffett urged shareholders this year to reject proposals to compel Berkshire to disclose more about its subsidiaries’ efforts to address climate change and workplace diversity, raising questions about whether his approach is out of step.