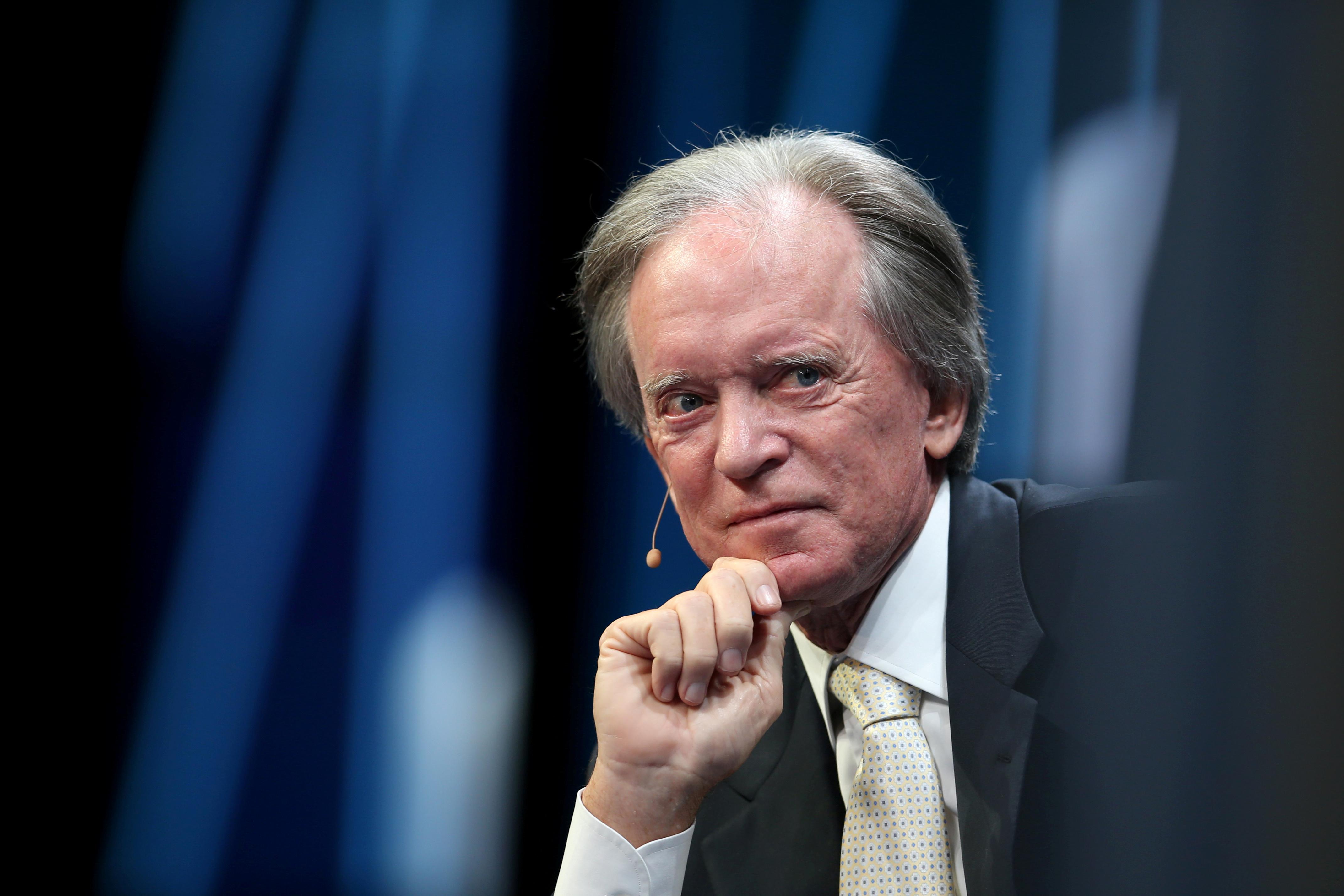 NEW YORK (Reuters) – Billionaire investor Bill Gross is predicting that value stocks like IBM (IBM.N) and Altria Group (MO.N) are likely to fare better than growth stocks like Apple (AAPL.O) or Amazon.com (AMZN.O) in the near term, due to a correlation with real interest rates.

U.S. real yields – which adjust for inflation – have been declining in response to the Federal Reserve’s aggressive monetary actions over the past few months to limit the economic fallout of the coronavirus pandemic. The yield on the 10-year Treasury Inflation-Protected Security (TIPS) US10YTIP=RR has been trading with a negative yield since late March and is now minus 0.803%, near an all-time-low.

Gross, who co-founded Pacific Investment Management Company, then spent four years at Janus Henderson before leaving in 2019 to manage his own money, said that the reason that the “Fab 5 stocks” and growth stocks in general had done “so fabulously well” centers on falling real interest rates that “are still reaching historic lows.” Gross is referring to a clutch of high-performing stocks: Amazon, Facebook (FB.O), Apple, Netflix (NFLX.O) and Google’s parent Alphabet (GOOGL.O), according to his spokesperson.

The yields of TIPS are highly correlated with growth stocks, but have far less of an effect on the prices of traditional value stocks, he wrote.

The future price disparity of Microsoft (MSFT.O), Apple and Amazon “is subject to an ongoing decline in real rates, which to my mind, have seen their best days,” Gross said. “Value stocks, versus growth stocks, should be an investor’s preference in the near-term future,” he writes.

Gross said that as well as IBM and Altria, he likes stocks such as midstream company Enterprise Products Partners (EPD.N) and pharmaceutical giant AbbVie (ABBV.N).

“Happiness is a healthy body, sinking a few 10-foot putts, and investing in value, versus the ‘Fab 5’,” wrote Gross, who also said he was COVID-19 free.