(Reuters) – Boeing Co (BA.N) raised $25 billion in a bond offering on Thursday, a blowout result for the planemaker, which it said helped the company avoid taking government aid during the coronavirus-induced travel downturn. 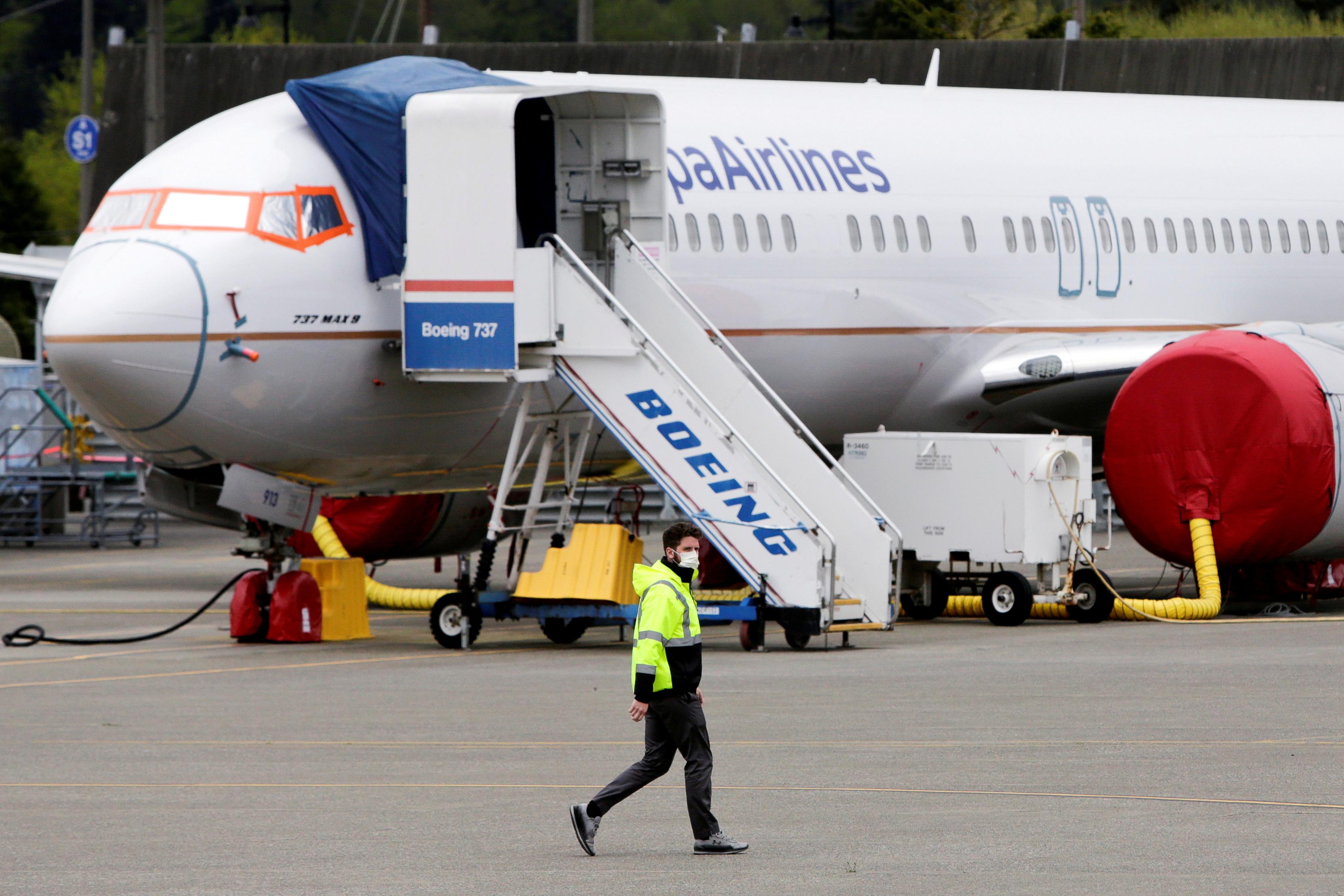 Boeing’s capital raise, first reported by Reuters earlier this week, is the sixth-largest investment-grade bond offering of all time and the biggest year-to-date, according to Refinitiv data. The Federal Reserve’s intervention in the credit market has boosted prospects for troubled borrowers such as Boeing.

The U.S. central bank has slashed interest rates to zero and rolled out around $2 trillion in lending commitments. While it has not yet snapped up any corporate bonds such as Boeing’s, its openness to doing so has buoyed credit markets.

The planemaker has been trying to bring its 737 MAX jet back into service after two fatal crashes, while the coronavirus pandemic has hammered aviation and other industries. Business shutdowns around the world to curb the outbreak have dried up demand for air travel.

Earlier this week, Boeing was hoping to raise between $10 billion and $15 billion in the bond offering, but increased the size of the deal to $25 billion due to the strong investor demand, according to people familiar with the matter.

Demand was stoked by high yields relative to Boeing’s other bond issues, Boeing’s earnings report on Wednesday and provisions in the offering that protect investors in case of a credit rating downgrade to junk status.

Following the bigger-than-expected bond offering, Boeing, which had been weighing seeking government aid, said it had no further plans to raise funds.

“As a result of the response, and pending the closure of this transaction expected Monday, May 4, we do not plan to seek additional funding through the capital markets or the U.S. government options at this time,” Boeing said in a statement.

“We will continue to assess our liquidity position as the health crisis and our dynamic business environment evolve,” the company added.

Credit ratings agency Moody’s Investors Service Inc estimated this month that Boeing’s funding needs could top $30 billion in 2020. The company secured about half of this by drawing down on a $13.8 billion credit line in March, Moody’s said.

Chicago-based Boeing sold seven new bonds with maturities ranging from 2023 to 2060. The new funds came at a higher price for Boeing than prior bond offerings, a sign of the company’s precarious financial situation.

Given the higher yields on offer, there was around $75 billion’s worth of demand for the new bonds, one source said

S&P on Wednesday lowered its credit rating for Boeing to BBB-minus, one step above junk.

To placate investors over the risk of a potential downgrade to junk status, the bonds contained a provision that raises the coupon paid to bondholders if Boeing loses its investment-grade status.

Boeing had faced a May 1 deadline set by Treasury to seek priority funding from a $17 billion fund for national security-related companies. A Treasury spokeswoman declined to comment on Boeing’s decision to forgo aid.

U.S. President Donald Trump has repeatedly vowed to provide financial assistance to Boeing. The company in March had said it backed $60 billion in government loans and loan guarantees for the entire aviation industry and its chief financial officer had warned the “markets essentially” were closed to Boeing.

Boeing said this week it would cut its 160,000-person workforce by about 10%, further reduce 787 Dreamliner production and try to boost liquidity as it prepares for a years-long industry recovery from the pandemic, which drove its second consecutive quarterly loss.

The 737 MAX jet is expected to remain grounded at least until August due to software issues, people briefed on the matter told Reuters on Tuesday.