As athletic and outdoorsy brands vie for any kind of competitive edge in an ever-crowded field, Bogner is working to get back on track with an international focus.

While pandemic-related restrictions are easing throughout the U.S., the relaxations are not as extensive in Europe and other parts of the world, where the Munich-based company does business. In line with regional health and safety guidelines, only 10 of Bogner’s 18 freestanding stores are open for business and some are with limited capacity. The other eight stores are offering a “click/call and collect system.”

During a recent interview, Heinz Hackl, who is co-chief executive officer with Gerrit Schneider, said Bogner has closed two stores, but that was not related to the coronavirus crisis. “We did not close any other store and we are not intending to do this,” he added.

Hackl discussed how the company has been dealing with the pandemic. With 750 employees worldwide, there are 350 based in the Munich headquarters. However, the vast majority of the latter continue to work remotely.

Earlier this year Willy Bogner GmbH & Co. KGaA sold its 129,000-square-foot headquarters for $66.3 million to the real estate developer UBM Development AG. That development was not mentioned by Hackl. Asked about it later, a company spokeswoman said Bogner will remain there as a tenant for at least two years and a new location in Munich will be scouted during that time, the spokeswoman said. “The sale of the real estate is an important component of the company’s performance program that aims at promoting profitability and sustainable growth,” she said.

At the time of the sale, Schneider said it did not imply any changes until the move in two years. But numerous corporations are reevaluating their headquarters, with Under Armour, REI and Target Corp. among the companies revealing plans to downsize.

UBM plans to convert the Bogner headquarters into apartments, after the company exits. As another sign of the times, the site of Bogner’s former plant in Newport, Vt., will be converted into an off-road electric vehicle hub, thanks to a $1 million state grant.

Bogner recently shot its fall campaign in St. Moritz and Zurich with photographer Hans Feurer. The campaign features images of models on the snow and on city streets. 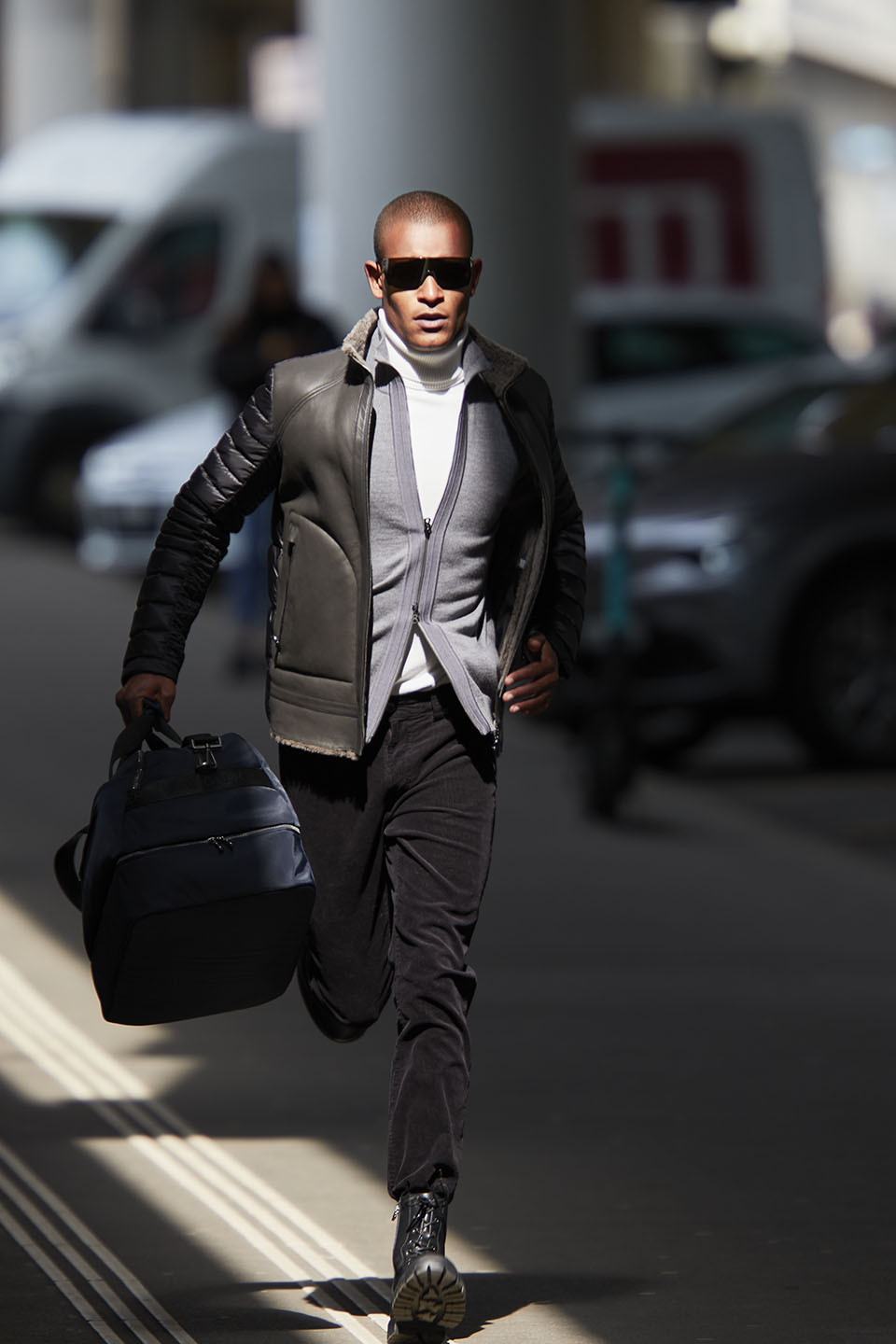 While shoppers’ spending habits were forced to change, as in buying online while many stores temporarily closed due to the shutdown, Hackl expects people to once again be happy about going into cities to have a coffee and shop in stores. The ultra-relaxed dress codes should linger and an interest in more body-conscious styles should be popular, due to consumers embracing sports, he said.

Hackl noted that the first lockdown in March 2020 happened at the end of Bogner’s important winter season, but the second one that went into effect in November dented this past winter’s business. Trying to take more of an international strategy is helping the company, as opposed to solely distributing in Germany, Austria and Switzerland, according to Hackl. “Then it would be really tough,” he said, adding that winter orders in the U.S. and Russia have increased compared to pre-COVID-19.

Anticipating that there would be only one lockdown, the company planned for a 30 percent decline for 2020. Even though there was a second lockdown, Bogner did slightly better, he said.

While co-CEO Schneider handles “all of the financial part” and sourcing, Hackl oversees top line, design, licensing and marketing. When the crisis struck, Schneider kept an eye on the liquidity, cash parts, logistics, processes and head-count savings, he said. With more of a how-can-we-get-out-of-this-situation focus during the lockdown, Hackl said he concentrated on safety, amping up mobile orders and other tools. Bogner invested in its online store, and is changing its front-end and back-end operations trying to develop a more unified commerce strategy. 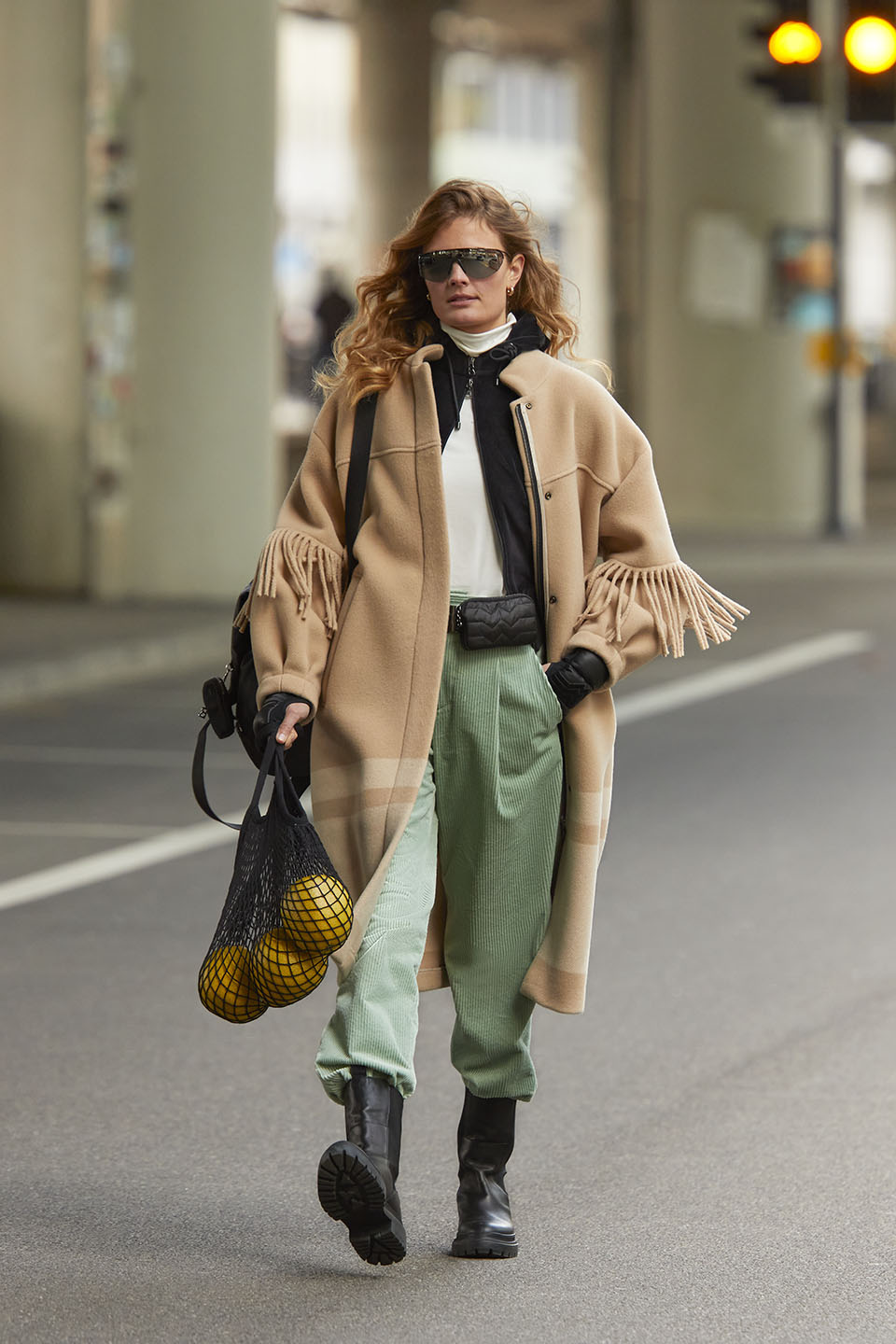 The brand is planning to focus more on the U.S. market. Hans Feurer/Courtesy Bogner

There are plans for more pop-ups in the U.S., after successful ones in Toronto, Chicago and New Jersey. The approach allows for testing locations and gaining good retail customers in the U.S., said Hackl. Next winter Bogner will have distribution in four Holt Renfrew locations and at Bergdorf Goodman.

Even though the global snow sports apparel market is estimated to increase at a compound annual growth rate of 4 percent with revenues of nearly $955.8 million between 2021 and 2023, many brands are being challenged by unanticipated COVID-19-related operational costs, shipping delays and logistical problems.

Bogner is trying to expand its luxury sports fashion items. Founded in 1932 by Olympic skier Willy Bogner Sr. as an import business for skis, equipment and Norwegian knitwear, the company specialized in skiwear and evolved into other areas. Hackl said having a sports and fashion heritage is helpful, as people continue to gravitate toward sportier apparel and sports are becoming more important for them. The push to be more international will include trying to rev up sales in North America, he said.

To try to play up digitalization — a must for many brands — Bogner is looking to grow with online partners and with its own online store. Partnering with Net-a-porter, Mytheresa and Moda Operandi is boosting business, he said.

Sustainability is another sector that Bogner is focusing on with strategic workshops and product development. But Hackl acknowledged “we are not yet as far along as we want to be. Sustainability is a big field and a big topic. It can start with having an eco-friendly energy provider, go to a product and then [highlight] how you produce this product through the whole value chain. For us, it’s difficult to say we want to be 100 percent sustainable in the next two years. We have to really find the right steps to get to this target in the fastest way.”

As a longtime outfitter of the German Olympic team at the Winter Games, the company is so far planning that the Beijing Olympics will take place in 2022. “From what we can see, the Chinese government wants to bring 350 million people to start skiing. There are 800 to 1,000 ski areas that are already open in China. They are investing a lot. This is also a big market for us that we want to enter. If it will happen, I can’t tell.”

Asked about the 150 layoffs that were revealed last year, he disputed that. Hackl claimed there was a performance program in place before COVID-19 started. After the pandemic happened, the need to improve those processes and to be leaner required reducing the head count at the headquarters by about 60 to 70 people, with the other 70 positions coming from logistics in facilities that are being closed. That work will be handed over to a third party later this year, he said.

In 2019, Willy Bogner Jr., a former Olympic skier and filmmaker, stepped away from the business and named Arndt Geiwitz as trustee to continue to represent his interests in the company.

For fall 2021, Bogner created a capsule collection made of recycled nylon yarn called Econyl, which is made from fishing nets. The brand has ventured into other areas through collaborations like those with artists or for ski touring.

Hackl said, “We’re trying to remodel the whole collection in smaller capsules so that we can get more out of it and more stories out of it than just one collection.”

For next year’s 90th anniversary, the company is looking into limited issues and a limited capsule collection.