C-SPAN suspended Steve Scully, who would have moderated the second presidential debate, after he admitted to lying about his Twitter account being hacked. 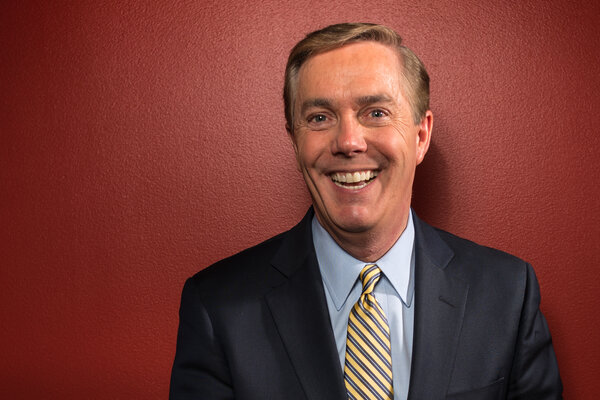 The C-SPAN network on Thursday suspended Steve Scully, a producer and politics editor who had been set to moderate the second presidential debate before it was scrapped, after he said he had lied about his Twitter account being hacked.

In a statement, Mr. Scully said that he had “falsely claimed” he was not responsible for a tweet he sent Oct. 8 that was addressed to the former White House communications director Anthony Scaramucci.

Mr. Scully said that, before the tweet, President Trump had publicly accused him of partisan leanings, and that he had been “subjected to relentless criticism on social media and in conservative news outlets regarding my role as moderator for the second presidential debate, including attacks aimed directly at my family.”

Mr. Scully said that he was acting “out of frustration” when he posted to Twitter: “@Scaramucci should I respond to trump.” The next day, when he saw “that this tweet had created a new controversy,” he claimed that his Twitter account had been hacked.

“These were both errors in judgment for which I am totally responsible,” Mr. Scully said. “These actions have let down a lot of people, including my colleagues at C-SPAN, where I have worked for the past 30 years, professional colleagues in the media, and the team at the Commission on Presidential Debates.”

Soon after C-SPAN suspended Mr. Scully, Mr. Trump took to Twitter to commend himself for showing “good instincts in being the first to know” and declaring that “the debate was rigged.”

Mr. Scaramucci wrote on Twitter that the suspension was a “brutal outcome for a silly non political tweet,” calling the action “cancel culture going too far.”

C-SPAN said in a statement that Mr. Scully, a former president of the White House Correspondents’ Association, admitted to lying about the tweet to the network and the debate commission late Wednesday. The network said that it had placed him on administrative leave and was “very saddened by this news.”

But, the network said, “after some distance from this episode, we believe in his ability to continue to contribute to C-SPAN.” Mr. Scully, who in 2013 also blamed several tweets on hackers, has been involved with C-SPAN’s election coverage since 1992.

“He has built a reservoir of good will among those he has interviewed, fellow journalists, our viewers and with us,” the network said.