BEIJING (Reuters) – In May 2019, China’s central bank announced a shock takeover of a lender, its first such move in 20 years, citing “serious credit risks”. Creditors in small Baoshang Bank were to take a hit, assets would be sold and an example set for governance. 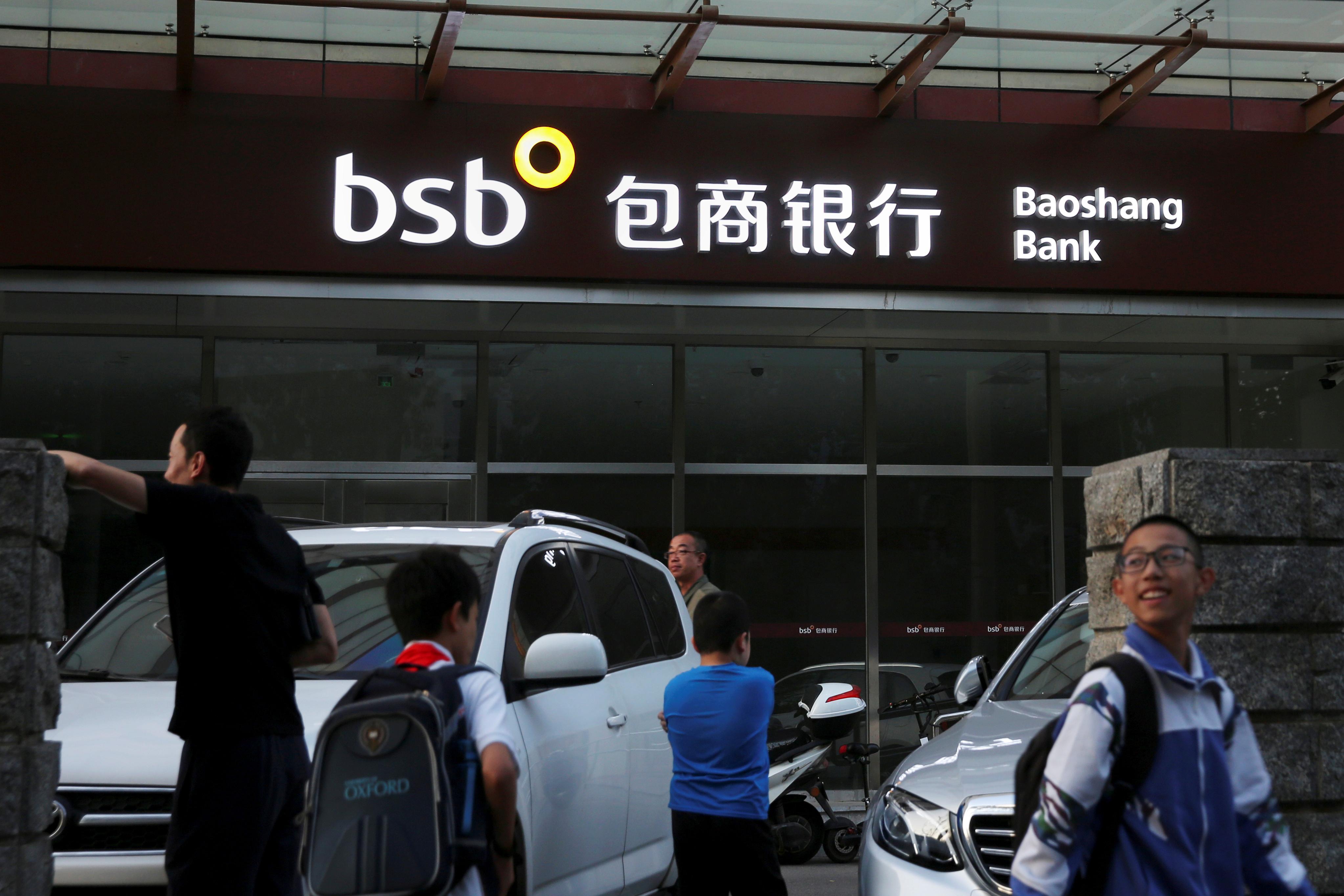 But a year on, regulatory and banking sources say, the rescue of a bank that had expanded rapidly, well beyond its own city base, has veered off its planned trajectory amid infighting between regulators, limited help from big state banks and a larger-than-expected role for financially stretched local government.

In future, such deals are likely to see a mix of support and mergers with bigger institutions, one senior regulator said, asking not to be named due to sensitivity of the matter. The Baoshang takeover has already been followed by bank rescues where authorities absorbed risk without creditors taking a hit.

As the world’s No. 2 economy takes the strain of slowing growth and fallout from the coronavirus pandemic, small lenders like Baoshang will be central to market stability – more than 4,500 in number, they account for about a quarter of the nearly 300 trillion yuan ($42 trillion) assets held by Chinese banks.

“In the next 1-2 years … forced lending to support the economy will come back to haunt lenders in significantly increased non-performing loans,” said Rory Green, a China economist at TS Lombard.

In a statement to Reuters, the People’s Bank of China (PBOC), the central bank, said, “The consistent policy of regulatory authorities (is) … to guide small and medium-sized banks to return to their original market and focus on their main businesses.”

‘OUT OF THE BLUE’

Last month, PBOC extended its control of Baoshang for six months, citing delays caused by the impact of coronavirus.

But officials had encountered difficulties well before that, people familiar with the matter said. Sources interviewed by Reuters for this article declined to be identified citing the sensitivity of the matter.

Founded in 1998, Baoshang blossomed under the control of billionaire Xiao Jianhua’s investment firm Tomorrow Holdings. But problems began after Xiao fell foul of a regulatory crackdown here on financial conglomerates in 2017.

When the PBOC launched its move, it said Baoshang had been used by Tomorrow as an “ATM” with “serious credit risks”, without disclosing details. The rescue sent borrowing costs rocketing overnight, forcing the PBOC to inject up to 200 billion yuan in liquidity, private estimates showed.

The PBOC plan was straightforward on paper: creditors would absorb losses – a rarity in China – and the bank would be reduced in size, supported by the biggest state-backed lenders.

The move surprised not just financial markets, but also the CBIRC, two people with direct knowledge of the matter told Reuters. One of them said it came “totally out of the blue” for the watchdog.

CBIRC had in fact been quietly meeting with Baoshang since Xiao’s 2017 downfall, offering monthly guidance on how to stabilise liquidity, the two sources said, with no intention of imposing inter-bank defaults.

The PBOC then turned to Baoshang’s creditors. Eventually it sold the bank’s four licences in big cities outside Inner Mongolia, including Beijing, for an estimated 106.5 billion yuan to Anhui province’s Huishang Bank (3698.HK), based more than 1,000 kilometres to the south.

The CBIRC didn’t agree with the deal, the two sources said, partly because it went against efforts it had sought to enforce from early 2018 to limit smaller city banks to their home market.

“It’s unfair when you ban one bank from expansion while granting another banking licences beyond its home region,” one source said.

In its statement to Reuters, the PBOC said, “Huishang Bank’s acquisition of four branches outside Inner Mongolia … is normal business behaviour and is in line with the current regulatory policy.”

“Third-party intermediaries and relevant departments have made a full assessment of Huishang Bank’s ability to undertake and dispose of the acquisition,” it said.

Since Baoshang, other banks have been rescued in a much less robust style: Bank of Jinzhou (0416.HK), in northern Liaoning province, and Hengfeng Bank, in eastern Shandong province, were rescued by PBOC and local governments last year, without creditors shouldering losses.

Bank of Jinzhou and Hengfeng Bank didn’t immediately respond to requests for comment.

Back in Inner Mongolia, local authorities already facing a plunge in fiscal revenues after the coronavirus epidemic and local state enterprises have been left with majority control of what’s left of Baoshang, now known as Mengshang Bank.

Neither the authorities nor Mengshang responded to requests for comment.