The owner of British Airways (BA) has joined rivals by announcing significant cuts to flight schedules, blaming a “levelling off” in passenger demand.

International Airlines Group (IAG), which counts Aer Lingus and Iberia among its brands, also confirmed progress in BA’s union negotiations over changes to pay and conditions for cabin crew as the airline cuts thousands of jobs to save costs.

It said the UK airline had reached an agreement in principle with Unite, but revealed up to 13,000 people were on course to leave BA in total – with 8,236 having already departed “mostly as a result of voluntary redundancy”.

Analysis by Sky News has aviation, as a sector, currently worst affected in the crisis for jobs – with BA’s plans affecting the most people in a single company.

IAG said coronavirus travel restrictions and quarantine requirements had taken a toll on group bookings – dashing hopes of a steady recovery from the depths of the COVID-19 crisis.

The company previously stated that it hoped to operate 54% of its normal services between October and December.

But it revealed on Thursday that the figure was now tipped to be closer to 40% following an “overall levelling off of bookings” since July, when it restarted the majority of its services following a leap in lockdown-ending sales. 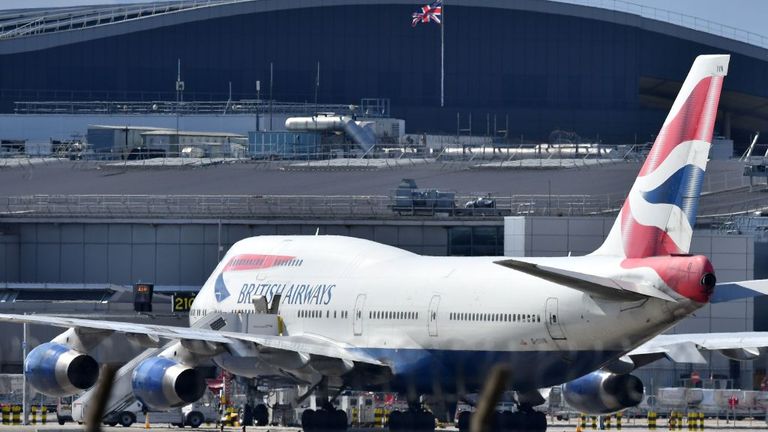 The company’s decision to scrap flights mirrors recent announcements by easyJet and Ryanair, which have experienced similar falls in future booking volumes because of the uncertainty.

The sector has called for air passenger duty to be slashed and airport testing regimes to limit quarantine durations to help bolster confidence in flying. 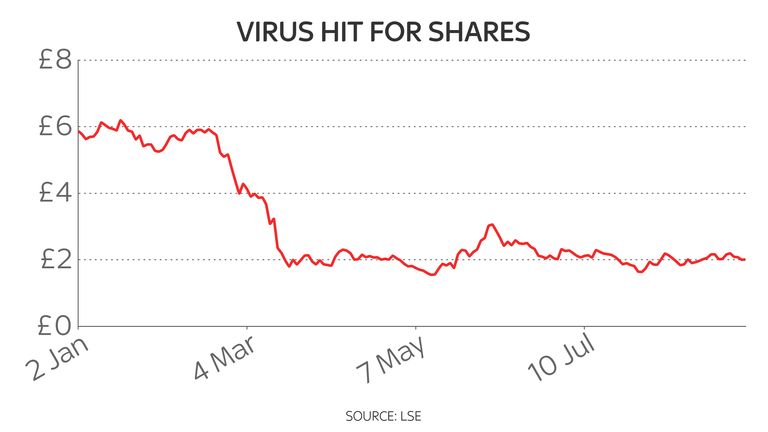 IAG gave its progress report in an update for investors on its capital-raising plans – first revealed in July – aimed at shoring up its balance sheet during the current turbulence.

It said it was aiming to secure €2.7bn (£2.5bn) through the sale of new shares at a discounted rate.

IAG’s market value has taken a hit of almost 70% in the year to date.