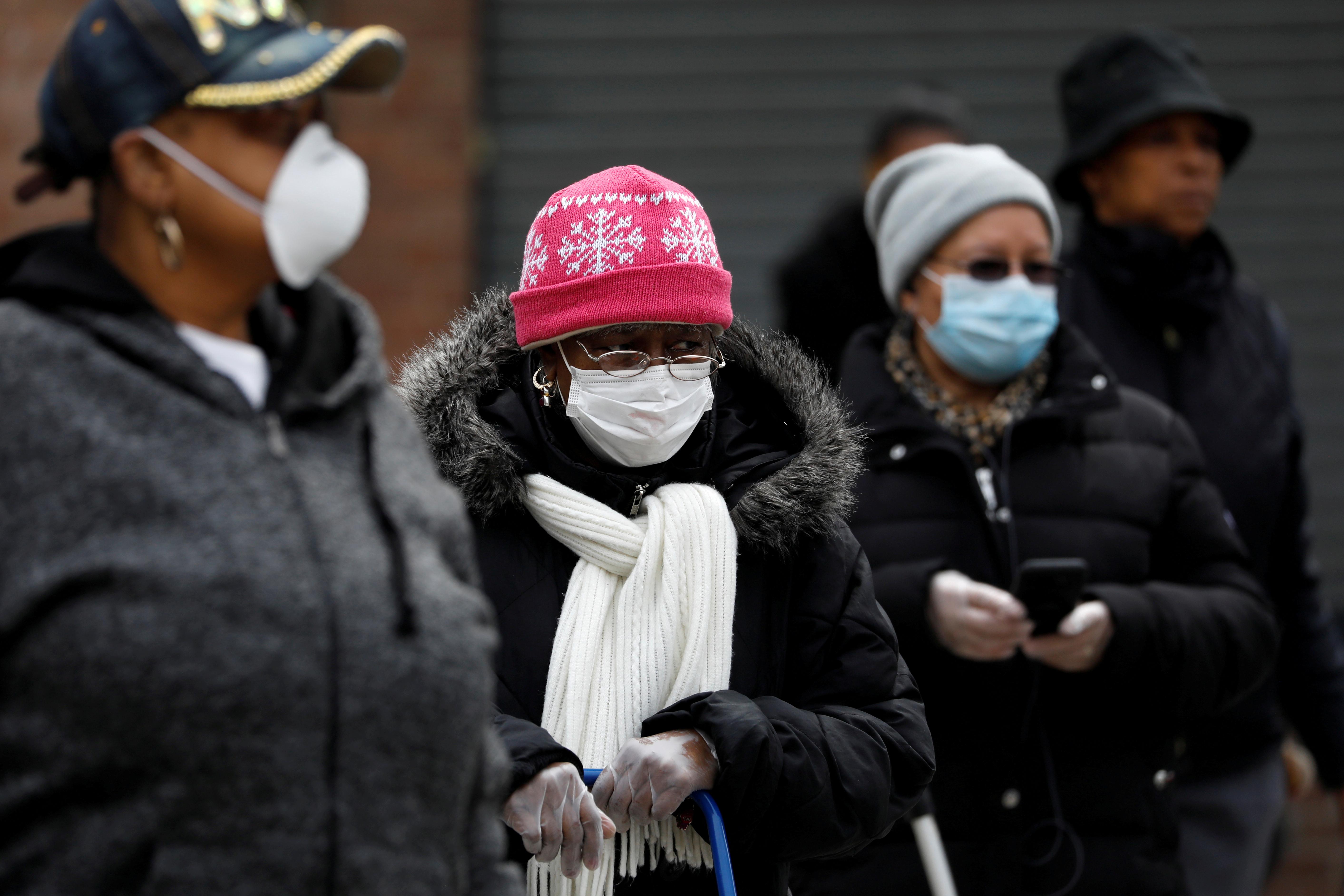 (Reuters) – Black and Hispanic families in the United States are taking the biggest income hit due to the coronavirus pandemic, and they are less prepared to withstand the blow, according to two studies released Tuesday.

Low-income workers, including people of color and those without a college degree, are more likely to report a job loss or a pay cut related to measures introduced to limit spread of the virus, according to a report published Tuesday by the Pew Research Center.

Hispanic workers are particularly vulnerable, with 61% saying they or someone in their household lost a job or saw their pay cut because of the pandemic, according to the Pew report, which is based on an April survey of 4,917 adults. That compares to 44% of black workers and 38% of white workers.

Minorities are also more likely to struggle after losing a job, the study showed. Only 29% of Hispanics and 27% of black adults said they had rainy day funds that would cover their bills for up to three months, compared to 53% of white adults.

People of color cut back spending more drastically after a job loss, according to a separate report released Tuesday by the JPMorgan Chase Institute. For every $1 lost in income, black families cut spending by $0.46 and Hispanic families reduced spending by $0.43. In contrast, white families lowered expenditures by $0.28.

That could reflect the amount of financial resources families have to fall back on while they wait to return to work. For every dollar in assets held by a white family, the median black family had $0.32 and the median Hispanic family had $0.47, according to the Chase report.

More than 22 million Americans have filed for unemployment benefits after losing jobs over the past month, as efforts to slow the spread of the coronavirus led to an unprecedented wave of job losses across the country. Some states in the south, such as Georgia, plan to reopen parts of their local economy as soon as this week, but most Americans are still being asked to stay home.