Ryanair, Europe’s largest airline by passenger numbers, has reported record losses of €815m (£702m) for its last financial year – devastated by the impact of the coronavirus crisis.

The company said its loss after tax performance over the 12 months to 31 March compared to profits of just over €1bn in the previous year and was a consequence of passenger numbers slumping by 81% to just 27.5 million.

Ryanair, never shy of speaking its mind, said its fortunes were hit by the COVID-19 pandemic as “European govts (with little notice or co-ordination) imposed flight bans, travel restrictions and national lockdowns”. 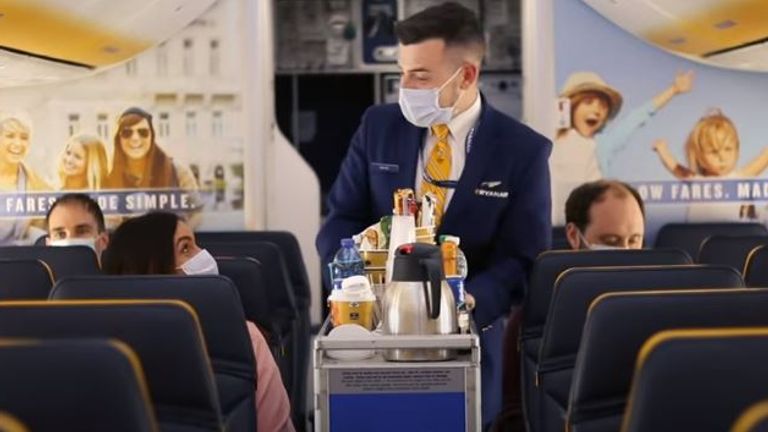 The airline said that while it saw a partial recovery last summer, “constantly changing” guidelines made operation difficult for its staff as the airline came under fire from passengers and consumer groups over refunds.

Ryanair said it had handled the situation “effectively” and managed to minimise job losses through negotiated pay cuts and by accessing government support schemes, including those in the UK.

It pointed to a cash pile, at the end of the period, of more than €3bn as evidence it was well placed to emerge from the crisis in a strong position.

Ryanair said bookings had started to pick up in April in anticipation of a cautious reopening of the skies but said it did not see a recovery in pre-COVID demand until the summer of 2022 assuming vaccine programmes remained on track. 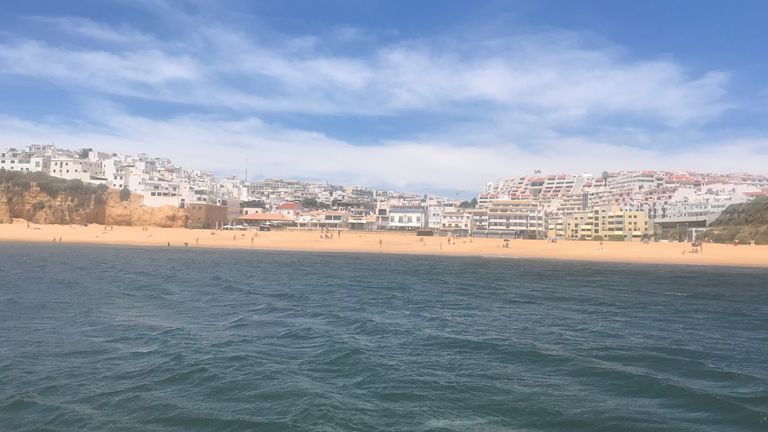 While the company again hit out at “state aid” handed to some of its rivals during the crisis, saying it would prop them up and distort the market for years to come, it declared that the arrival of 210 new planes would help boost its competitiveness.

It is due to take delivery of its first long-delayed Boeing 737 MAX aircraft later this month – and hopes to be able to fly passengers in a handful of the planes later this summer.

It is a more fuel efficient, less noisy aircraft but not one that has enjoyed a strong track record to date as the MAX fleet was only given the green light to return to the skies again in Europe in January.

All 737 MAX variants were grounded by global regulators in 2019 following two fatal crashes in Indonesia and Ethiopia that left 346 dead.

Ryanair said the late introduction of “gamechanger” MAX planes to its fleet would bolster its commitment to the environment and its bottom line at the same time and it expressed frustration with Boeing over slow deliveries.

But chief executive Michael O’Leary said he hoped that the surge in bookings of recent weeks would allow the company to break even in the current financial year. 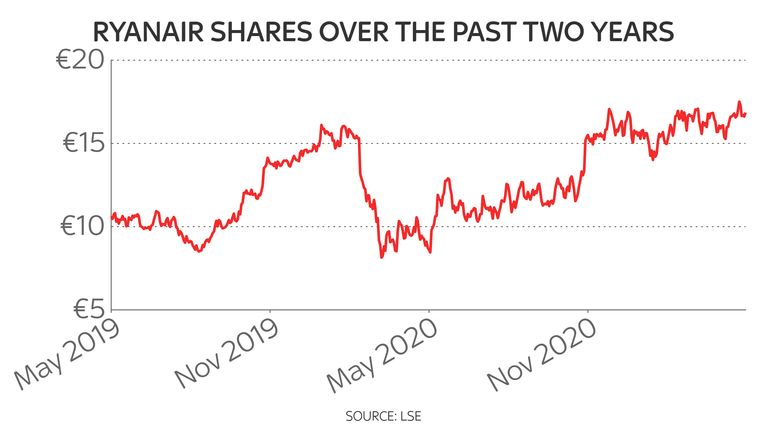 Jack Winchester, analyst at Third Bridge, said of the figures: “Ryanair, like its ultra-low-cost peer Wizz Air, weathered the crisis far better than its legacy counterparts. It also stands ready to hoover up the pent-up demand for foreign holidays we’re about to see as rules on international travel finally ease.

“While Lufthansa, IAG (BA’s owner) and Air France KLM all struggled under the weight of huge hub-and-spoke airline operations, Ryanair’s point-to-point model meant it was able to adapt faster and more fully to a historic year of low demand.

“Where Ryanair has lost out though is in access to state funding, something legacy flag carriers have gained a material advantage from and Michael O’Leary is challenging in the courts.”