The rise of David Mintz from Brooklyn caterer to the multimillionaire who became known as the “P.T. Barnum of tofu” began with a grandmother — not his own, but a 90-year-old woman who happened to walk into his prepared-food takeout grocery one day and apply for a job as a cook.

Her homemade noodle kugel became such a neighborhood hit that from then on he hired only grandmothers as cooks — a babushka marketing brainchild that proved so successful, he opened a restaurant on the East Side of Manhattan, near Bloomingdale’s.

His meal offerings, including prepared takeout dinners and catering, were strictly kosher; most of Mr. Mintz’s customers were observant Jews whose faith forbade mixing meat and milk. If they craved ice cream after dinner, for instance, they would have to buy a version made without milk.

What another restaurateur might have lamented as his just deserts, Mr. Mintz accepted as a challenge to develop a pareve, or nondairy, crossover substitute.

It took several years, and he gained 50 pounds. He began his research by buying a carton of soy milk in Chinatown, and he poured gallons of unappetizing gelatinous white concoctions down the drain of his kitchen in the Bensonhurst section of Brooklyn.

“I am personally responsible for clogging the sewers of New York City,” he told Forbes magazine in 1984.

Finally, in about 1981, Mr. Mintz tasted victory by incorporating tofu into his recipe.

Tofu, the curds of coagulated soy milk pressed into spongy white blocks, is fairly tasteless, so it can be transformed into savory flavors that appeal to people who keep kosher, or who are allergic to dairy or otherwise can’t tolerate it. It’s also commonly eaten by people who are diabetic or vegan, or who are dieting to reduce their cholesterol.

His creation, which he called Tofutti, consisted of tofu emulsified with vegetable oil and mixed with alfalfa honey and other ingredients, which together took on a butter-fatty texture. Thanks to his flair for promotion and marketing, it became widely known as the first commercial tofu ice cream.

“I like a pineapple-sweet potato Tofutti,” Mr. Mintz told The New York Times in 1984, “but the public may not be ready. I like the idea of mango, and I love hazelnuts, and watermelon is one of my favorites. I absolutely love garlic, but I don’t suppose. …”

He died on Feb. 24 at a hospital in Englewood, N.J., near his home in Tenafly, said Rabbi Efraim Mintz, a nephew. He was 89.

David Mintz was the chairman and chief executive of Tofutti Brands of Cranford, N.J., which expanded from distributing pint containers of its signature frozen vanilla soy-based dessert to developing some 35 plant-based products. Among them are pizza, ravioli and Mintz’s Blintzes, all made with milk-free cheeses.

“Mintz’s soyburgers evoke instant associations with potato pancakes,” Lorna J. Sass, a vegan cookbook author, wrote in The Times in 1981, “and his rugelach have the right cinnamon-raisin-nut balance to make their creation out of a flaky tofu-whole wheat crust seem downright remarkable.”

“His vanilla Tofutti ‘ice cream,’” she added, “makes a delicious and refreshing dessert that is the rival of many commercial brands of ice cream.”

Mr. Mintz distributed samples and drew orders from Zabar’s, Bloomingdale’s and other stores. Production zoomed from tiny batches in kettles to 10,000 gallons a week. The company went public, and Tofutti succeeded beyond even Mr. Mintz’s vivid imagination. 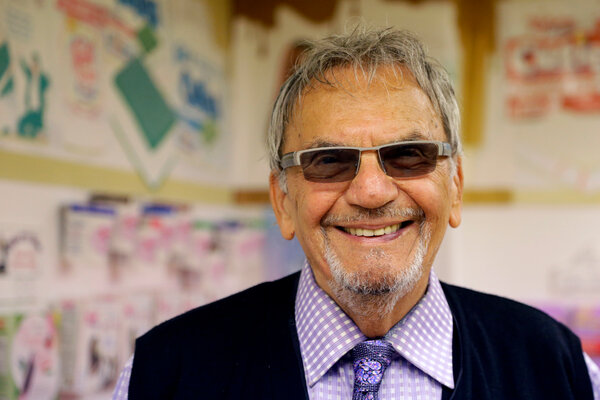 Donald Isaac Mintz was born on June 8, 1931, in the Williamsburg section of Brooklyn to Abraham Mintz, a baker, and Sadie (Horowitz) Mintz, a homemaker. (Legend has it that his mother, who spoke little English, reported his name as Dovid, Yiddish for David, but the nurse who filled out his birth certificate misunderstood — and thought he looked more like a Donald.)

After graduating from a Lubavitcher Yeshiva high school in Crown Heights, he attended Brooklyn College, briefly sold mink stoles, and ran a bungalow colony in the Catskills, where he opened a deli.

It was after he opened his Manhattan restaurant, he said in one of many versions of the story, that “a Jewish hippie” tipped him to the potential of tofu. “The Book of Tofu” (1979), by William Shurtleff and Akiko Aoyagi, became his new bible.

Mr. Mintz’s first marriage ended in divorce (“Bean curd wasn’t exciting to her,” he told The Baltimore Jewish Times in 1984). In 1984 he married Rachel Avalagon, who died this year. He is survived by their son, Ethan.

Mr. Mintz often sought guidance from Rabbi Menachem Mendel Schneerson, the venerable leader of the Lubavitcher Hasidic movement, to whom he had been introduced by his brother, Isaac Gershon Mintz. David Mintz would write daily $1,000 checks to Rabbi Schneerson’s philanthropies, according to COLLive, an Orthodox news site. (He was a founder of the congregation Chabad of Tenafly.)

“Whenever I met with the rebbe I would mention what I was doing, and he would say to me: ‘You have to have faith. If you have faith in God, you can do wonders,’” Mr. Mintz said in an interview with Jewish Educational Media in 2013.

Late in the 1970s he had to close Mintz’s Buffet, his restaurant on Third Avenue, because the block was being razed to build Trump Plaza. When he was offered the option to transplant his restaurant to the Upper West Side, he sought Rabbi Schneerson’s guidance. The rabbi’s secretary, Rabbi Leibel Groner, called him back, Mr. Mintz recalled, and said: “Get a pencil and paper and write it down. This is very important.”

“I was very excited,” Mr. Mintz said. “This was the answer I was waiting for. Then he dictated to me, ‘The rebbe says, “Absolutely not.” The rebbe says you should continue with your experiments with the pareve ice cream and God will help you to be very successful.’”

Mr. Mintz kept the formula for his success a secret between him and his production manager. “If you take all the ingredients and try to make Tofutti,” he told Money magazine in 1984, “you’ll never do it.”