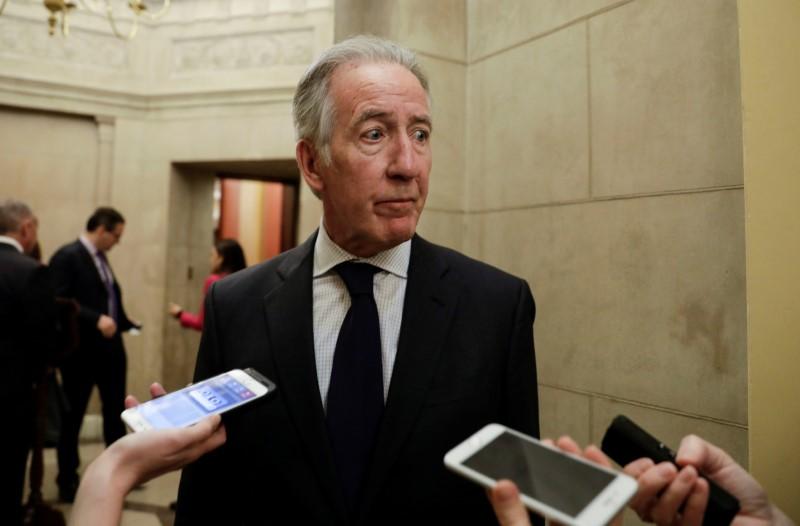 WASHINGTON (Reuters) – The U.S. House Ways and Means Committee said on Wednesday it opposed the Trump administration’s plan to expand economic ties with Brazil given its record on human rights and the environment under President Jair Bolsonaro.

Committee Chairman Richard Neal and his fellow Democrats on the panel told U.S. Trade Representative Robert Lighthizer in a letter that Bolsonaro’s government had shown a “complete disregard for basic human rights.”

“We strongly oppose pursuing any type of trade agreement with the Bolsonaro government in Brazil. Enhancing the U.S.-Brazilian economic relationship at this time would undermine the efforts of Brazilian human, labor, and environmental rights advocates to advance the rule of law and protect and preserve marginalized communities,” they wrote.

U.S. and Brazilian trade officials agreed last month to accelerate talks aimed at concluding an agreement on trade rules and transparency this year, including trade facilitation and “good regulatory practices.”

But Democrats on the committee said Bolsonaro’s government could not credibly be prepared to assume new standards for worker rights and environmental protections established in the U.S.-Mexico-Canada trade agreement, given its own poor record on human rights and other key issues.

Representative Kevin Brady, the ranking Republican on the committee, told reporters he was unaware of the letter.

Instead of pursuing a trade agreement with Brazil, the Democratic lawmakers said Lighthizer should step up enforcement of U.S. laws and raise concerns about Brazil’s unfair trade practices with the Brazilian government.

U.S. President Donald Trump has developed a close relationship Bolsonaro, a right-wing former army captain. The White House last week said the United States had supplied Brazil with 2 million doses of hydroxychloroquine for use against the coronavirus, despite medical warnings about risks associated with the anti-malaria drug.