LONDON (Reuters) – British low cost airline easyJet (EZJ.L) said it had grounded its entire fleet of over 330 aircraft and had no visibility on when it could restart flights, highlighting the heavy strain on airlines trying to survive to fly again after coronavirus. 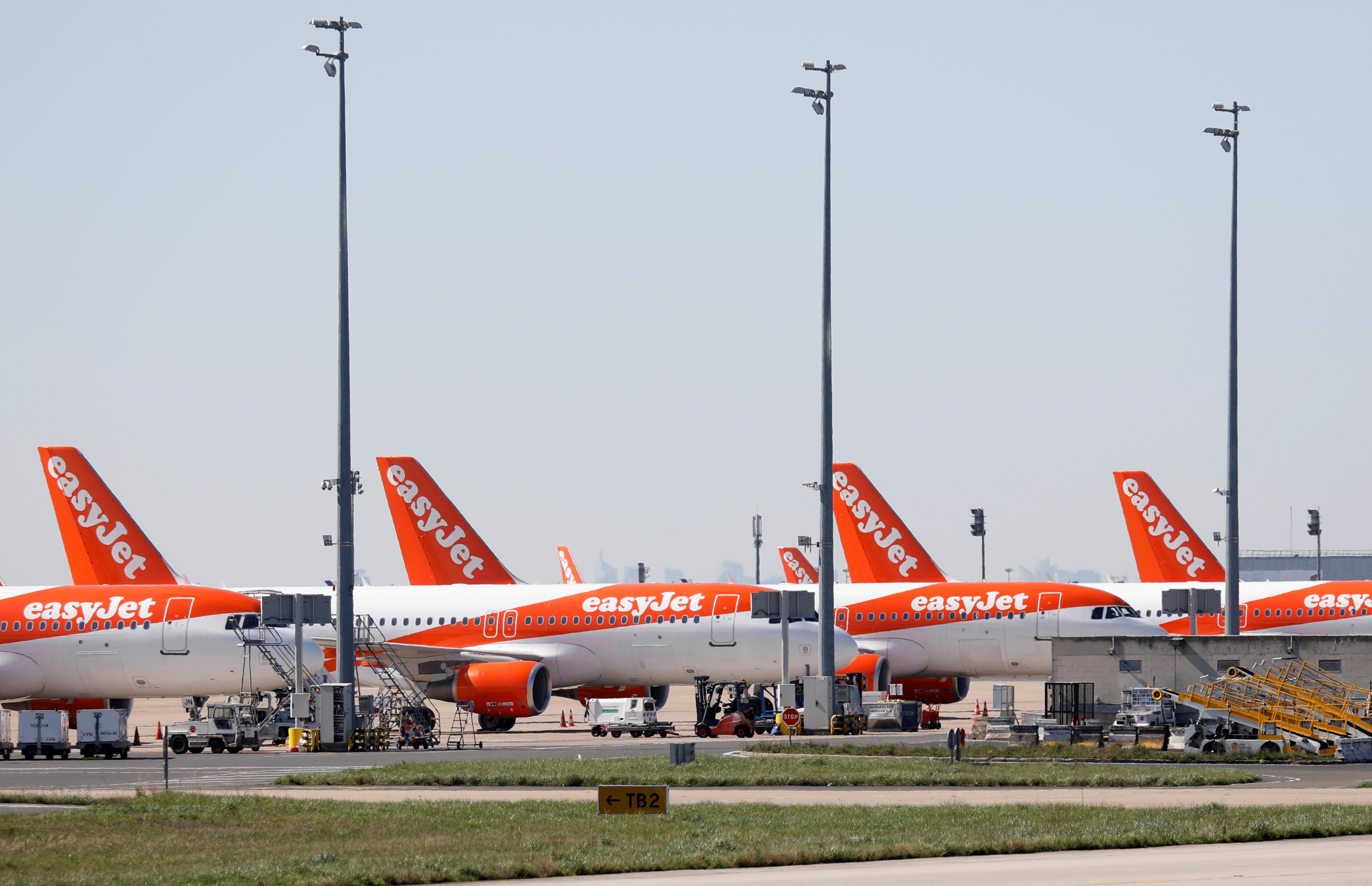 EasyJet also said on Monday that it would furlough its 4,000 UK-based cabin crew for two months, meaning they will not work from April 1 but will be paid 80% of their average pay under a government job retention scheme.

The health emergency has brought European air travel to a standstill, meaning airlines have no revenues and face a battle to survive.

Some UK airlines had been hoping for an airline specific state aid package but Britain told them last week that it will only consider stepping in once they had exhausted all other possible options, such as raising capital from existing investors.

EasyJet said on Monday it was focused on short term liquidity, including removing cost from the business and working with suppliers to defer and reduce payments where possible, including on aircraft expenditure, and was in ongoing discussions with liquidity providers.

The airline said that grounding its aircraft removed significant cost.

“We are working tirelessly to ensure that easyJet continues to be well positioned to overcome the challenges of coronavirus,” easyJet’s CEO Johan Lundgren said in a statement.

Separately, small regional UK carrier Loganair, which flies between Scottish islands and the mainland, said on Monday that it would approach the government for financial help this week, having already tried to ask its owners for help.

“I do think, that like the vast majority of UK airlines, we will be going back to take up that invite for further conversation with the Treasury in the coming days because we have to,” Loganair CEO Jonathan Hinkles told BBC radio.

EasyJet said in its statement it had struck the deal to furlough cabin crew with Unite, the union. Asked about a potential similar deal with its pilots, easyJet said it continued to talk to BALPA, the UK pilots union.

Virgin Atlantic has already requested state aid, asking for a package of commercial loans and guarantees worth hundreds of millions of pounds, according to the Financial Times.