(Reuters) – President Donald Trump said on Monday it was his decision when to reopen the U.S. economy, which has been largely shut down to slow the spread of the novel coronavirus. 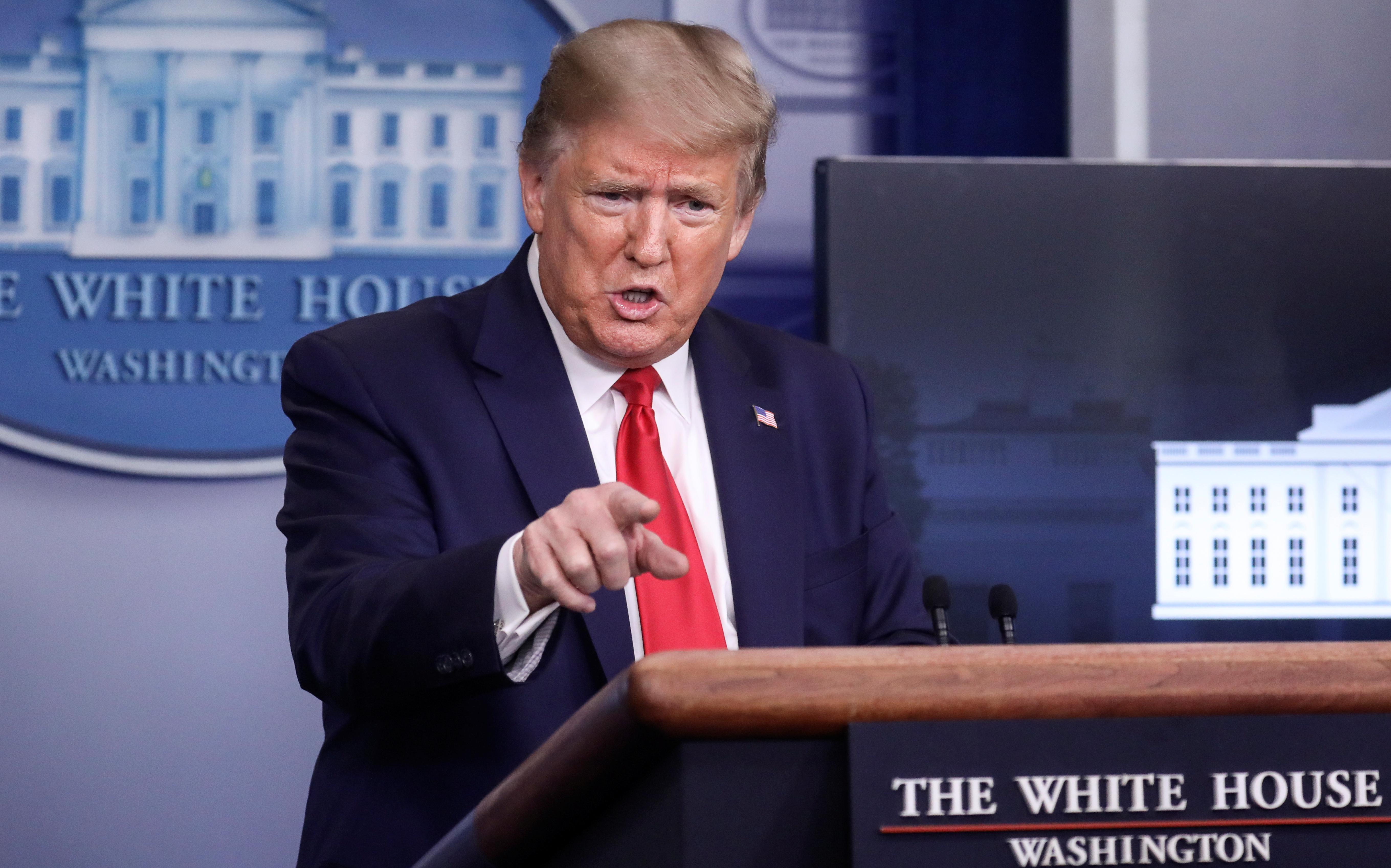 The Republican president also accused the news media of incorrectly saying U.S. governors are largely the ones who decide when normal economic activity can resume.

But legal experts say a U.S. president has quite limited power to order citizens back to their places of employment, or cities to reopen government buildings, transportation, or local businesses. Here is why.

What does the Constitution say about who makes decisions about public welfare?

The United States is a federalist system, meaning power is shared between a national and state governments.

Under the 10th Amendment of the U.S. Constitution, state governments have power to police citizens and regulate public welfare. In the country’s early years, it was up to state and local authorities to lead the response to the yellow fever epidemic, not the federal government.

Reflecting these principles, “disaster response and aid is typically state-led and federally supported,” said Steve Bunnell, the former top lawyer at the U.S. Department of Homeland Security (DHS) and a partner at O’Melveny & Myers.

This bottom-up, rather than top-down, approach to disaster relief makes sense from a policy perspective, said John Cohen, a former DHS official who teaches at Georgetown University.

“Usually, state and local officials on the ground have the best understanding of the issues affecting people in their states,” Cohen said.

Can a U.S. president override state-mandated “shelter in place” orders?

No. The Trump administration can issue nationwide guidance, but it would be unconstitutional for the president to override stay-at-home orders from governors, said Robert Chesney, a professor of national security law at the University of Texas. Mayors or county commissioners are on the same footing as governors, he said.

“This is Federalism 101: The president can advocate to his heart’s content, but he can’t actually commandeer the state governments to make them change their policies,” Chesney said. “He has no such inherent authority, nor is there any federal statute that purports to give him such authority.”

The social distancing policies Trump announced for slowing the spread of the novel coronavirus were merely guidelines, and the same goes for any newer, less restrictive policies he unveils, Chesney said.

“Those are guidelines. He can change his advice,” Chesney said. “He is free to advocate. And that is an important part of the presidency — the bully pulpit.”

Bunnell said many people look to the president for guidance, so Trump’s advice will still affect the economy.

“The federal government has a role to play in setting recommendations, and the daily press briefings obviously have an effect on how people react,” Bunnell said. “But in terms of legal authorities to override health and safety measures, I’m not sure there are any direct tools that would accomplish that.”

Can a U.S. president order a business to stay open?

A federal agency that’s a subset of DHS deemed some businesses “essential” on March 19. But the federal memo itself notes that state and local authorities are “ultimately in charge of implementing and executing response activities in communities under their jurisdiction.”

The Defense Production Act, which lets the president “expedite and expand the supply of resources from the U.S. industrial base,” can be used to procure more tests and other medical equipment from companies. But that represents a fraction of the U.S.’s consumer-driven economy.

What about a U.S. president’s emergency powers?

A federal law known as the National Emergencies Act (NEA) gives the president broad powers to respond to national emergencies, including the authority to redirect funds and suspend laws.

Trump invoked the Stafford Act and the NEA on March 13, as he declared a national emergency.

But the NEA is a poor fit for a president trying to encourage business as usual, Cohen said.