Guo Guangchang, the high-profile Chinese tycoon detained by police last week, has made an appearance at his company’s annual meeting in Shanghai.

The Fosun International chairman was first reported missing on Friday. The company later revealed he was assisting authorities with a probe.

He said he could not give more details as the investigation was “sensitive”.

The website Caixin reported early on Monday that he had been released by police. Mr Guo received a standing ovation at company meeting, a person in the audience told Reuters.

A string of senior executives at Chinese companies have temporarily gone missing this year amid a crackdown by Beijing on its financial sector.

Citic Securities, the country’s biggest brokerage, said earlier this month it was unable to contact two of its top executives following reports they had been asked by authorities to assist in an investigation.

It recently took control of French holiday group Club Med in a deal worth some $1bn.

Fosun International, the parent company of Shanghai-based Fosun Group, was listed on the Hong Kong stock exchange in 2007.

Its shares were suspended on Friday and fell more than 10% when trading resumed on Monday.

Shares in Fosun Pharmaceutical, which is also listed in Hong Kong, dropped a similar amount.

Mr Guo’s sudden absence, and the lack of detailed information released by the company, underlines the opaqueness of China’s legal system, analysts say. 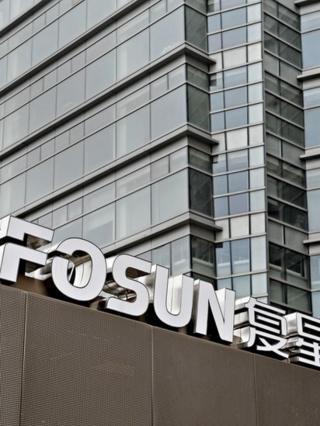