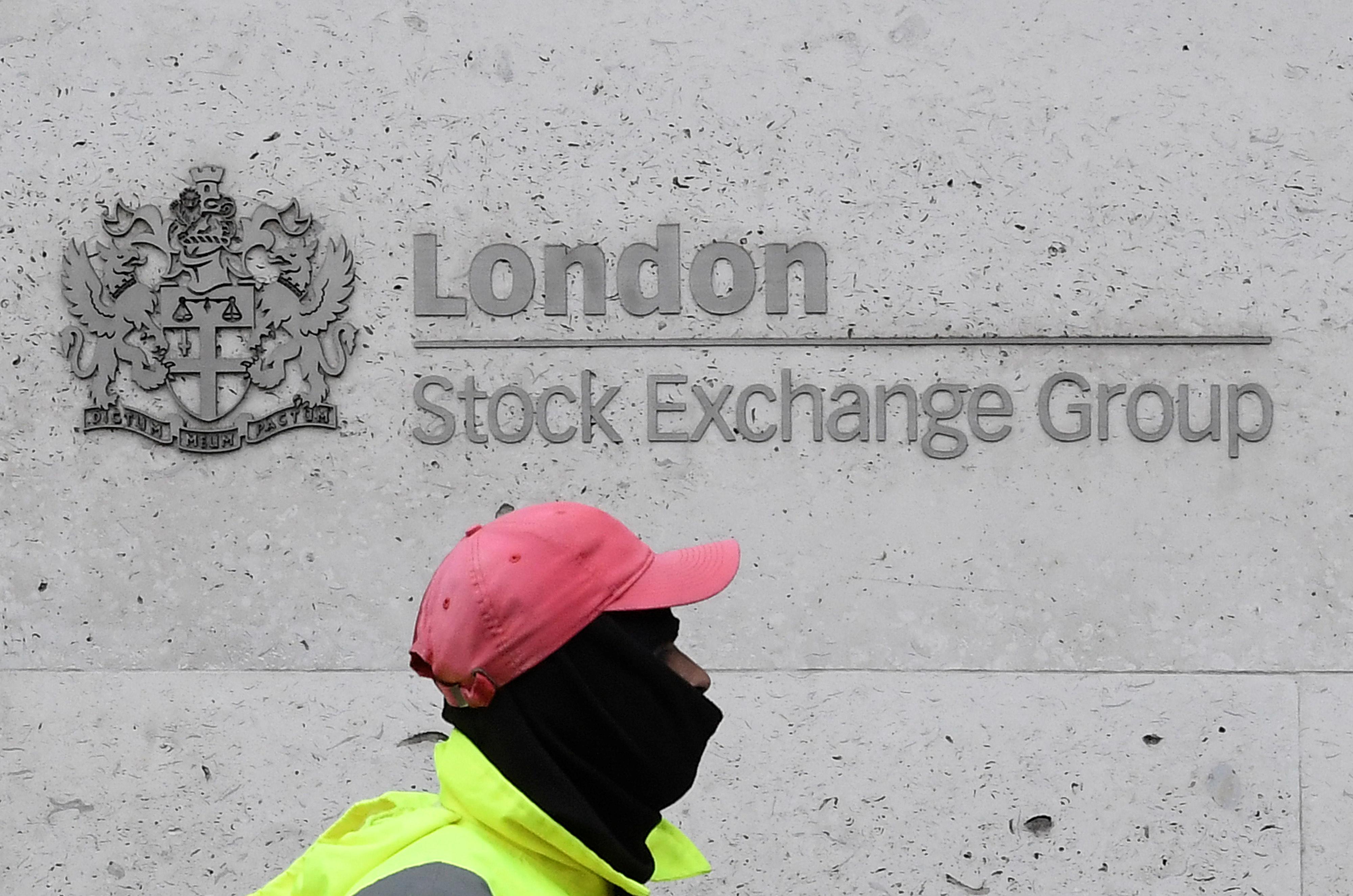 MSCI’s All-Country World Index edged down 0.4%, after touching a 20-week high on Monday. The pan-European STOXX 600 opened 1.5% lower and was heading for its worst day in 14 sessions after technology stocks dropped 3.4%. This followed a slump a day earlier in the tech-heavy Nasdaq.

One of the gainers was German meal-kit delivery firm Hellofresh, which added 4.3% as it raised its full-year revenue forecast.

Tension grew between Washington and Beijing after the United States rejected China’s disputed claims to offshore resources in most of the South China Sea.

The Trump Administration also plans to scrap a 2013 auditing agreement that could foreshadow a broader crackdown on U.S.-listed Chinese firms.

“It’s not just the tempo which is picking up, but the aspect of so many areas being pulled in to the dispute,” said Vishnu Varathan, head of economics at Mizuho Bank in Singapore.

“Last time it was really about the bottom line,” he said, adding that what had primarily been a trade dispute is now much broader, making a resolution less likely and the next moves less predictable.

The return of restrictions in California also has markets on edge about whether the coronavirus can wreak more economic harm. Global infections have surged by a million in five days, and top 13 million.

Oil prices, a proxy for global energy consumption and growth expectations, reflected the concerns. U.S crude futures fell 1.5% to $39.52 per barrel and Brent futures fell 1.3% to $42.16 per barrel. [O/R]

Investors sought out the safety of eurozone government bonds. Most yields were about 2-3 basis points lower, with Germany’s 10-year Bund yield, the region’s benchmark, dropping 2.5 bps to -0.43%.

There are also signs of an interruption to the steady flow of better-than-expected economic data. On Tuesday, data showed Singapore entered recession last month, with the economy contracting 41.2% for the quarter, worse than the 37.4% analysts had forecast.

Currencies exposed to global trade sentiment such as the Australian dollar and China’s offshore yuan were down.

Focus shifts later to U.S. earnings, with JP Morgan, Citigroup, Wells Fargo and Delta Air Lines due to report on Tuesday to a market already looking ahead to 2021 and beyond.

“The outlook statements are what the market will look at,” he said. “If a company surprises on the upside with their 2020 earnings, but has shaky commentary for 2021 …. they’re not going to be rewarded for that.”