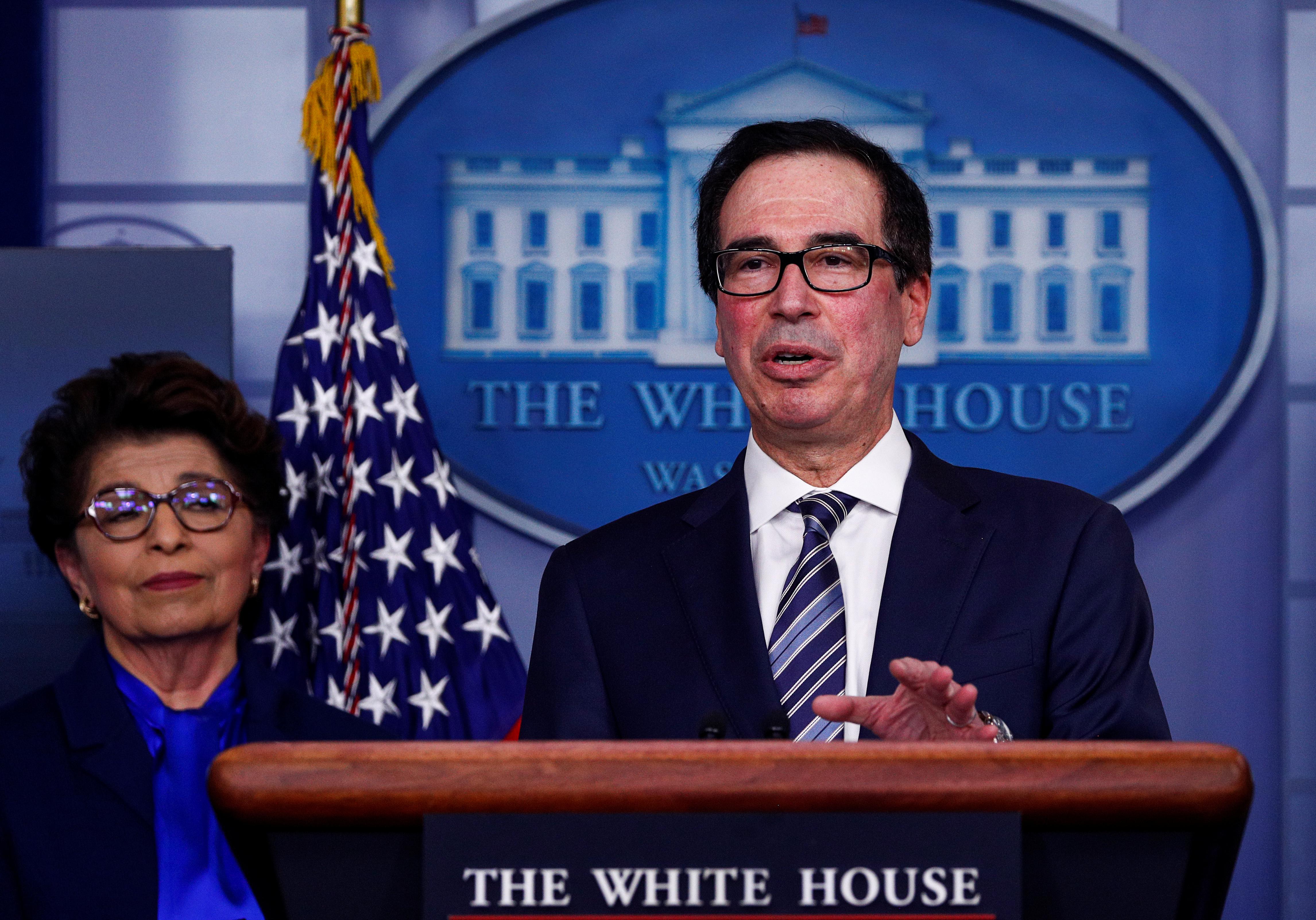 (Reuters) – The Trump administration’s bailout program for small and mid-sized businesses, which aims to keep companies that employ 60 million Americans afloat despite widespread shutdowns related to the new coronavirus, launched on Friday.

So far, things are off to a rocky start, even as top administration officials boasted about the kickoff.

Treasury Secretary Steven Mnuchin tweeted his congratulations to the Small Business Administration (SBA) and Treasury early Friday morning. “I just got first report on #PPPloan The system is up and running. Community banks have already processed over 700 loans processed for $2,500,000. Great work!!” he wrote.

White House economic adviser Larry Kudlow said on Bloomberg TV that banks are “ready to go” with the loan program.

A number of bankers, however, told Reuters Friday morning they were not able to make loans yet because they were waiting for information or processing details from the SBA and Treasury.

Citibank’s website Friday morning featured a message asking customers for patience because of high call volume, and said it was not yet making loans. “While we are working as quickly as we can, we are not yet able to accept applications for the Paycheck Protection Program.”

The program is intended to give lenders the ability to make fast, low-interest-rate loans to businesses with fewer than 500 employees, a segment that contributes more than 40% of U.S. GDP, and employs some 60 million people. The U.S. Treasury will back loans of up to $10 million to cover about eight weeks of payroll and some other expenses such as rent and utilities.

It’s a key part of the administration’s plan to keep the U.S. economy from diving into a depression, and is designed to keep people off of unemployment. Millions of applications are expected on Friday.

But lenders have complained in recent days that the Treasury and SBA hadn’t provided clear guidance about their liabilities and responsibilities, or functioning technology to process borrowers.