From state to state, and even judge to judge, a simple-sounding order by the C.D.C. on eviction cases is open to interpretation. 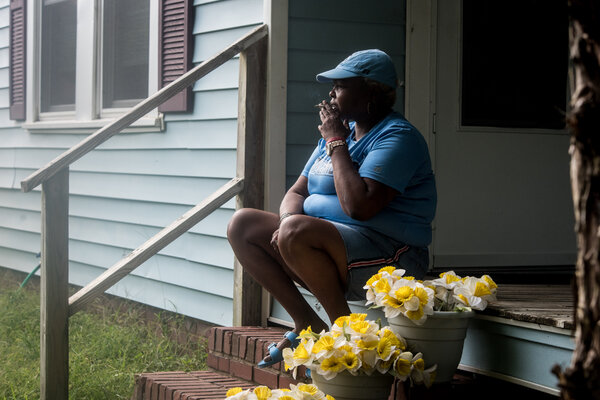 Fending off an eviction could depend on which judge a renter in financial trouble is given, despite a federal government order intended to protect renters at risk of being turned out.

The order, a moratorium imposed by the Centers for Disease Control and Prevention, is meant to avoid mass evictions and contain the spread of the coronavirus. All a qualifying tenant must do is sign a declaration printed from the C.D.C. website and hand it over to his or her landlord.

But it’s not as simple as it sounds: Landlords are still taking tenants to court, and what happens next varies around the country.

Some judges say the order, which was announced on Sept. 1, prevents landlords from even beginning an eviction case, which can take months to play out. Some say a case can proceed, but must freeze at the point where a tenant would be removed — usually under the watchful eye of a sheriff or constable. Other judges have allowed cases to move forward against tenants who insist they should be protected, and at least one judge, in North Carolina, has raised questions about whether the C.D.C.’s order is even constitutional.

The uneven treatment means where tenants stand depends on where they live.

“It’s paramount that we have uniform enforcement,” said Emily Benfer, a professor at Wake Forest University School of Law who has been tracking the differing interpretations of the C.D.C. moratorium.

With millions of people unemployed and no progress on an agreement on another relief package, housing advocates and legal aid lawyers are fretting over the confusion. They say they are going to unusual lengths to inform tenants — who usually go to court without a lawyer — of their rights under the moratorium. In Kentucky, there is an online tool for generating declarations. In Atlanta, lawyers created a YouTube video about how to comply with the order. In Indianapolis, housing lawyers are working with the city on a plan to better publicize the need for tenants to sign a declaration of their inability to pay because of the health crisis.

But most pressing, lawyers say, are the wildly varying interpretations of what seems like a simple order.

The C.D.C. says individual renters expecting to make under $99,000 in 2020 are protected until the end of the year if they sign a declaration — under penalty of perjury — that eviction would be likely to leave them homeless or force them to live in close quarters with others. When the order was issued, most legal experts believed that the act of handing the declaration to the landlord would keep the landlord from even filing an eviction case. If the case had already begun, experts believed, the signed declaration would halt the process.

Marilyn Hoffman showed up to a hearing in North Carolina — where court administrators informed state court clerks last week that the protections “must be invoked by a tenant” — and expected to have her eviction case put on hold. But the judge refused to accept her signed declaration.