Hudson’s Bay in Canada has begun selling Forever 21 through a partnership with YM Inc., the Canadian licensee of the brand.

Hudson’s Bay launched two large “full-line” Forever 21 shops within its Yorkdale and Square One Shopping Centre locations in Toronto. Several additional Hudson’s Bay locations across Canada, in Toronto, Vancouver and other cities will offer the Forever 21 brand this fall, either through delineated shops-in-shop or integrated into the women’s fashion areas. Hudson’s Bay did not specify which of its other stores would carry the collection. Hudson’s Bay, which along with Saks Fifth Avenue and Saks Off 5th is owned by Hudson’s Bay Co., operates 87 department stores across Canada.

Forever 21 will also be sold on thebay.com starting in the mid-summer. As reported, thebay.com in March converted into a marketplace format, enabling the company to quickly list a much broader spectrum of brands and products.

In addition, the licensee has been bringing Forever 21 back to Canada by opening freestanding stores. So far, five have opened in the country. Hudson’s Bay said it’s the exclusive third-party retail partner with Forever 21 in Canada.

In February 2020, Forever 21 was lifted out of bankruptcy through an acquisition by Authentic Brands Group and the Simon Property Group, with each acquiring a 37.5 percent stake, and Brookfield Property taking a 25 percent stake. Prior to the bankruptcy, there were Forever 21 stores in Canada. In the U.S., Forever 21 has all along maintained a large presence in malls and on major streets and avenues. Last year, ABG signed licensing deals to grow Forever 21 in Mexico and through Latin America. At its peak, Forever 21 employed 43,000 people and logged $4.1 billion in annual sales, but the company overexpanded with too many stores that were too big, and lacked sufficient e-commerce business.

“As a digital-first retailer, we are more nimble, more relevant and are responding to consumer trends faster than ever before,” Wayne Drummond, chief merchant at Hudson’s Bay, said in a statement Friday. “As we continue to transform our business, Hudson’s Bay is creating exciting depth to its fashion matrix, with coveted brands and curated experiences that provide Millennial and Gen Z style-seekers with a destination to find fashion that suits their lifestyle.” 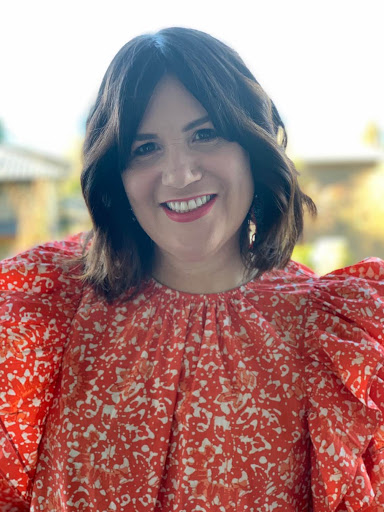 Laura Janney, Hudson’s Bay’s senior vice president of apparel, told WWD that the introduction of Forever 21 to the store is part of a strategy to “reimagine” the apparel presentation. “We have been working quickly over the past year to build up the space for the most important and relevant brands. We are looking to curate and build out brands partnerships,” Janney said, such as what Hudson’s Bay has already accomplished with such brands as Mango and Levi’s. Additional partnerships are expected to be revealed in the near future.

In the spring, Hudson’s Bay introduced more than 50 brands to its assortment including Mango Men, Sanctuary, Sweaty Betty, AFRM and Rollas Denim. This fall, the retailer will launch Jack & Jones Premium, Compania, Nia the Brand, BDG by Urban Outfitters, and Wild Pony, among other labels, through what Hudson’s Bay termed “exclusive collaborations.”

Janney said Forever 21 represents opening price points at Hudson’s Bay, and that the Forever 21 women’s assortment will be extensive, offering dresses, denim, rompers, tops, athleisure, handbags, accessories, shoes and shorts. “There will be multiple deliveries throughout each month. It’s a frequent cadence,” Janney said. “As we get to fall, we will also have a large outerwear selection.”

Through the Hudson’s Bay chain, “There will be a variety of footprints. Within our women’s selections, we will have some shops, as well flowing through the Forever 21 merchandise,” Janney said.

Janney said Forever 21 is not a replacement for Topshop and Topman, which is sold at 20 Hudson’s Bay locations, but leaving in the fall. The change in distribution is a result of the sale of Topshop and Topman to Asos from the now-defunct Arcadia Group.

“We have been on a really good journey reworking our merchandise mix. We have everything from The Room, which has a very curated designer presentation, to offering accessible opening prices. It all really resonates with our customer,” who Janney described as demonstrating “elasticity” in their shopping behavior. “Customers are pairing designers like Victoria Beckham with Nike or Heron Preston with Golden Goose or Levi’s.” Now Forever 21 is in the mix.