TOKYO (Reuters) – Japan’s economy slipped into recession for the first time in 4-1/2 years, putting the nation on course for its deepest postwar slump as the coronavirus crisis ravages businesses and consumers. 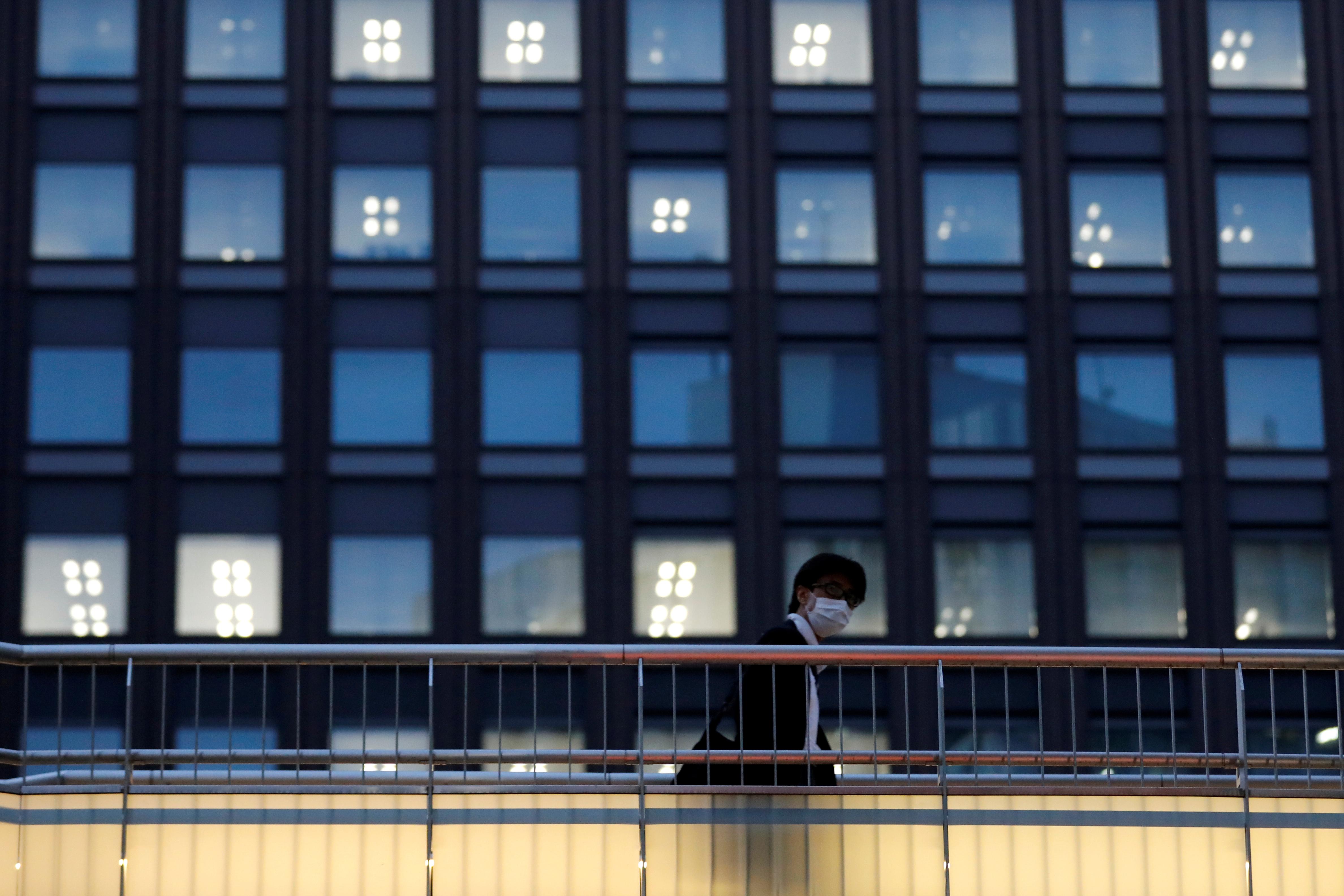 Monday’s first-quarter GDP data underlined the broadening impact of the outbreak, with exports plunging the most since the devastating March 2011 earthquake as global lockdowns and supply chain disruptions hit shipments of Japanese goods.

Analysts warn of an even bleaker picture for the current quarter as consumption crumbled after the government in April requested citizens to stay home and businesses to close, intensifying the challenge for policymakers battling a once-in-a-century pandemic.

“It’s near certainty the economy suffered an even deeper decline in the current quarter,” said Yuichi Kodama, chief economist at Meiji Yasuda Research Institute. “Japan has entered a full-blown recession.”

The slump came on top of an even steeper 7.3% decline in the October-December period, with the consecutive quarters of contraction meeting the technical definition of a recession. The last time Japan suffered recession was in the second half of 2015.

The coronavirus, which first emerged in China late last year, has ravaged the global economy as many nations went into strict lockdowns to curb the outbreak that has so far killed over 310,000 people worldwide. The pandemic has been massively disruptive on supply chains and businesses, particularly in trade-reliant nations such as Japan.

Indeed, the fallout of the virus on corporate Japan was telling with exports diving 6.0% in the first quarter, the biggest decline since April-June 2011.

The shakeout in global trade was underlined in recent March data, with exports shrinking the most in nearly four years due to plunging U.S.-bound shipments.

Toyota Motor Corp (7203.T) said on Friday it will cut domestic vehicle production by 122,000 units in June due to a lack of demand. The automaker expects an 80% drop in full-year operating profit, its lowest in nine years.

The gloom in Japan is expected to deepen over coming months.

Analysts polled by Reuters estimate Japan’s economy will shrink an annualised 22.0% in the current quarter, which would be the biggest decline on record, with pressure on output intensifying after Prime Minister Shinzo Abe in April declared a nationwide state of emergency amid a rise in coronavirus infections.

The emergency was lifted for most regions on Thursday, but remained in effect for some big cities including Tokyo.

Private consumption, which accounts for more than half of Japan’s $5 trillion economy, slipped 0.7% in January-March, less than a market forecast for a 1.6% drop, as robust demand for food and daily necessities partially offset the impact on services spending.

Still, it marked the second straight quarter of decline, as households were hit by the double-whammy of the coronavirus and a sales tax hike to 10% from 8% in October last year.

Capital expenditure fell 0.5% in the first quarter after plummeting 4.8% in October-December last year, the GDP data showed, suggesting that uncertainty over the outlook is discouraging companies from boosting spending.

All of this has put a strain on the labour market. The jobless rate in March rose to its highest in a year, while job availability slipped to a more than three-year low.

The government has already announced a record $1.1 trillion stimulus package, and the Bank of Japan expanded stimulus for the second straight month in April. Abe has pledged a second supplementary budget later this month to fund fresh spending measures to cushion the economic blow from the outbreak.

Still, many analysts warn that government support will come too little, too late due to slow implementation of spending plans.

“As always in Japan, the implementation is very slow. It will take the later half of the second quarter (and) the third quarter” for government stimulus to kick in, said Martin Schulz, chief economist at Fujitsu.

“The recovery will be slower than many are hoping for … To recover from this crisis, it will take about two years at least.”