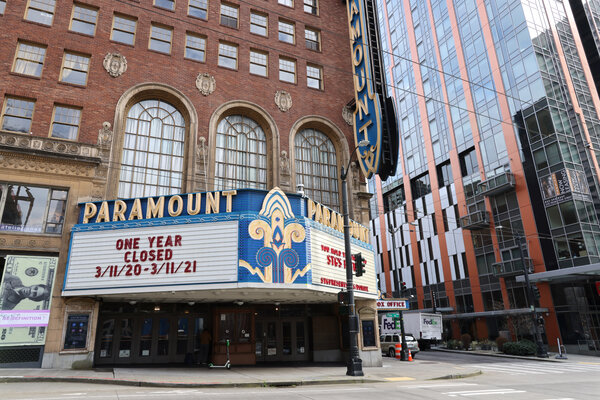 A $16 billion federal relief fund for live event businesses like music clubs, theaters, museums and concert promoters will start taking applications on April 8, according to the Small Business Administration.

Applicants are eligible for grants of up to $10 million from the Shuttered Venue Operators Grant fund, which Congress created in the economic relief bill passed in December. Applications will be taken in phases, starting with a two-week period exclusively for businesses that lost at least 90 percent of their revenue after the pandemic took hold last year.

Groups that lobbied for the relief money are desperate for it to start flowing, but also nervous about how long it will last. With an estimated 30,000 or more businesses eligible for the grants, those in the industry fear the available funding will quickly be consumed.

Members of the National Independent Venue Association, which formed last year to push for federal aid, have said they are counting on the grant money to help them stave off evictions and bankruptcies.

The new grant program is just the latest major undertaking for the Small Business Administration, which was thrust into a central role in the federal government’s pandemic relief effort. It’s running an assortment of programs — most notably the Paycheck Protection Program — that have distributed more than $900 billion, though with many bumps along the way.

The program for shuttered venues will be the first large-scale grant program the agency has ever run, which has made creating the program’s rules and technology systems a complicated and prolonged effort.

“We realize this is an enormous undertaking for the S.B.A., and we appreciate everything the agency is doing to ensure this program is administered as Congress intended as expeditiously as possible,” said Audrey Fix Schaefer, a spokeswoman for the venue association. “The opening can’t come soon enough.”

And this grant fund will not be the agency’s last: The $1.9 trillion relief package passed last week included $28 billion for grants through a program, the Restaurant Revitalization Fund, that the S.B.A. will also create and manage.