FRANKFURT (Reuters) – German airline Lufthansa (LHAG.DE) warned on Wednesday that it might need to apply for protection from creditors if its state-backed bailout deal failed to win sufficient support at a shareholder vote on June 25. 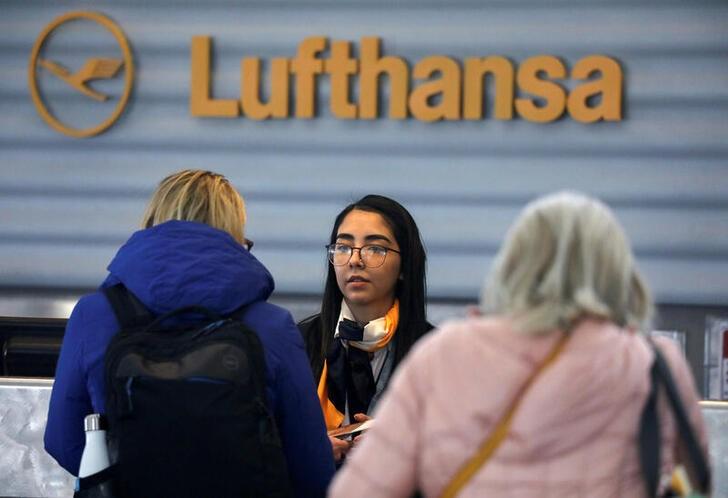 Its statement came after German billionaire Heinz Hermann Thiele sharply criticised the 9 billion euro ($10.1 billion)bailout, saying he had raised his stake in the company to more than 15% and hoped alternative options could be explored.

In an interview with the Frankfurter Allgemeine Zeitung newspaper, Thiele said he was not satisfied with the deal that gives the German government a 20% stake in Lufthansa, as well as two seats on its supervisory board.

Lufthansa said its executive board expected the attendance at its extraordinary general meeting to vote on the package on June 25 to be below 50%, which would mean two-thirds of those present would need to vote in favour.

“In view of the latest public statements by the company’s largest single shareholder, Heinz Hermann Thiele, the board considers it possible that the stabilisation package could fail to achieve the two-thirds majority of votes cast that would be required in this case,” Lufthansa said.

“This would mean that Deutsche Lufthansa AG would possibly have to apply for protective shield proceedings under insolvency law a few days after the annual general meeting if no other solution is found immediately,” the German airline said.

Under German protective shield proceedings, a company’s management remains in charge and typically gets up to three months to come up with a plan to avoid insolvency.

“The German government has taken a high-risk bet. Its wish for the government to take a direct stake in Lufthansa is putting the jobs of hundreds of thousands of Lufthansa employees at risk. It’s completely irresponsible,” said Michael Theurer, a senior member of the opposition Free Democrats (FDP).

Lufthansa shareholders must register to attend the shareholder meeting by June 20 and if more than 50% attend, a simple majority would suffice, Lufthansa said.

As of June 4, 85% of Lufthansa’s shareholders were based in Germany. Lufthansa confirmed on Wednesday that Thiele now has a stake of 15.5% in the airline.

Thiele, who declined to say whether he would vote against the deal, said an indirect state participation via German state-owned development bank KfW could be an alternative to an outright government stake.

Like the rest of the airline sector, Lufthansa has been hard hit by what is expected to be a protracted travel slump due to the coronavirus pandemic, forcing its management to seek help from the state.

Under the deal, the German government could raise its stake to 25% plus one share in the event of a takeover attempt and the airline must also transfer up to 24 takeoff and landing slots at the Frankfurt and Munich airports to rivals.

With many of its planes grounded because of the pandemic, Lufthansa also said on Monday it was seeking to strike agreements with worker representatives by June 22 on how to make job cuts equivalent to 22,000 full-time positions.