WASHINGTON (Reuters) – U.S. Treasury Secretary Steven Mnuchin said he was pressing ahead with the Friday launch of a $349 billion coronavirus rescue loan program for small businesses, after conceding to bank demands to fix aspects of the program that they said could cause participating lenders legal and financial risks. 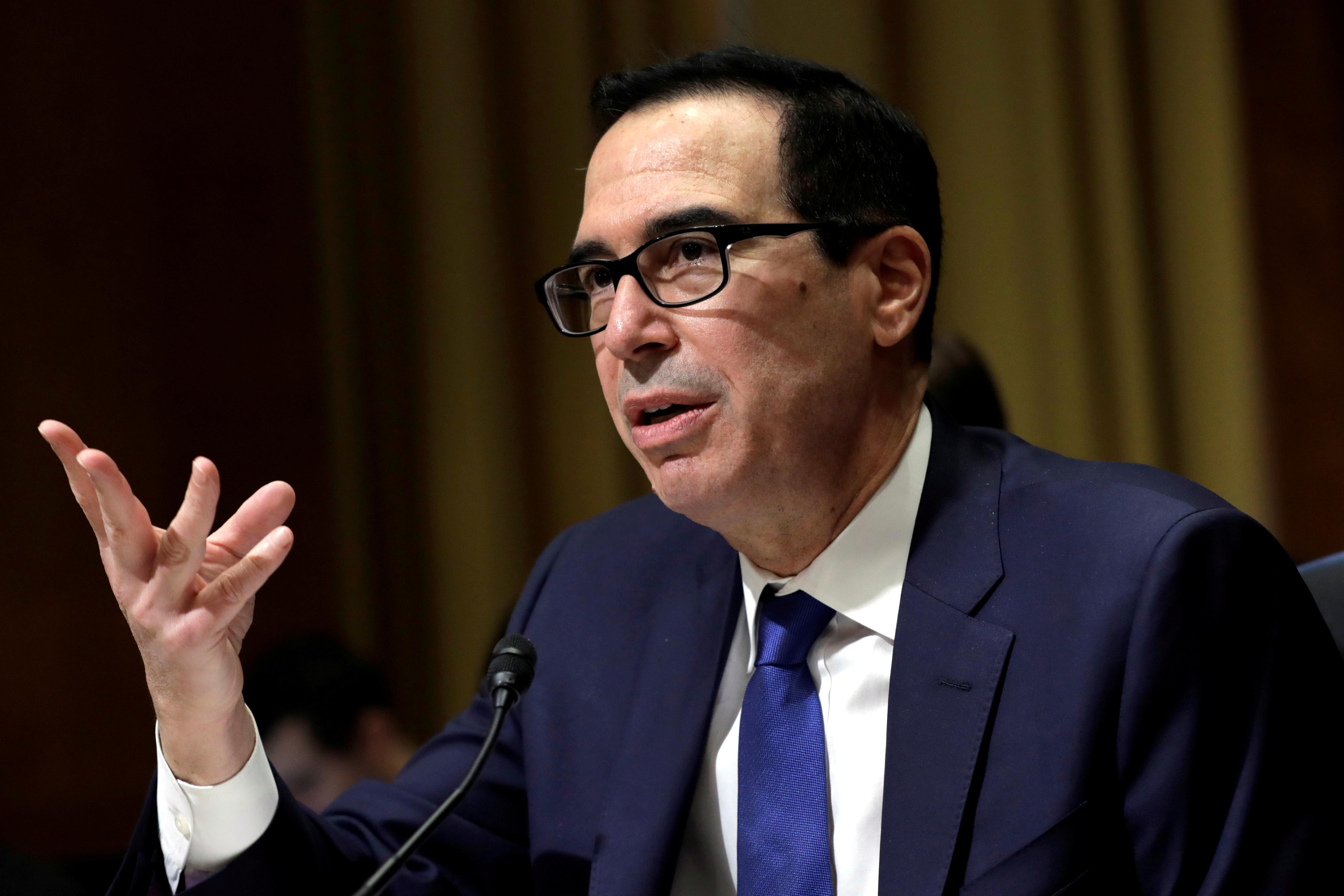 Mnuchin told a White House briefing on Thursday that the Treasury and the Small Business Administration had decided to double the interest rate on the loans to 1% from 0.5% previously so that small banks with higher deposit costs don’t lose money.

He said the SBA application system would be “up and running” on Friday, and encouraged businesses to go to lenders to apply for loans, although he acknowledged not every bank would be in a position to start processing applications.

“You get the money, you’ll get it the same day, you use this to pay your workers. Please bring your workers back to work if you’ve let them go,” Mnuchin said.

The Treasury and SBA also on Thursday evening issued new guidance on the program, which is aimed at keeping Main Street businesses from restaurants to nail salons from laying off their employees amid widescale shutdowns.

That guidance should go some way to addressing concerns lenders had that the speed of the loans, which the administration has promised would be issued within days, would preclude them from performing their usual due-diligence to prevent fraud, money laundering and other misconduct.

It will allow banks to rely on certifications from borrowers, and reassures banks they will not be liable if borrowers break the rules of the program.

“Having just received guidance outlining how to implement a $349 billion program literally hours before it starts, we would ask for everyone to be patient as banks move heaven and earth to get a system in place and running to help America’s small businesses,” Consumer Bankers Association President and CEO Richard Hunt said in a statement.

In talks earlier this week with the Treasury and the SBA, bank executives flagged a number of potential financial and legal implementation issues, in particular that banks could not be expected to do their usual weeks-long fraud and money laundering checks, according to two people involved.

The sources said they left those discussions reassured that the administration had understood their concerns, and believed they had broadly agreed a workable plan.

Then on Tuesday, the Treasury released a two-page document that appeared to contradict several items the banks thought they had agreed, leaving lenders on the hook for verifying the loans.

“The two pages of guidance threw it all out the window,” said one of the sources, who works at a large bank.

On Wednesday, Washington bank groups including the powerful Independent Community Bankers of America scrambled to raise their concerns with the administration and warned banks would not be able to participate until they were fixed, according to the sources and public letters.

Spokespeople for Treasury and SBA did not respond to requests for comment.

The massive program, approved by Congress less than a week ago, has put major strains on the Small Business Administration, a low-profile agency known for its methodical approach to government-guaranteed loans for small firms..

The $349 billion government-guaranteed loan program is a centerpiece of the $2.2 trillion U.S. coronavirus rescue package. Depending on their size and payroll, owners of businesses can get loans of up to $10 million to cover about eight weeks of payroll and other qualified overhead expenses such as rent and utilities.

If they spend the proceeds on these uses, the loans are fully refundable by the Treasury. Bankers say they that program could be depleted quickly.

“We anticipate more demand than supply,” said Tony Wilkinson, president of the National Association of Government Guaranteed Lenders, which represents SBA and other lenders.

He said that banks will take in applications on Friday, but it is unclear how many can be approved. “They will process and close them after they know what the rules are.”